Annie the stage show starring Strictly’s Craig Revel Horwood as Miss Hannigan has arrived in Hull, and the twins especially have been very excited since I told them we would be attending the opening night as guests of Hull New Theatre. 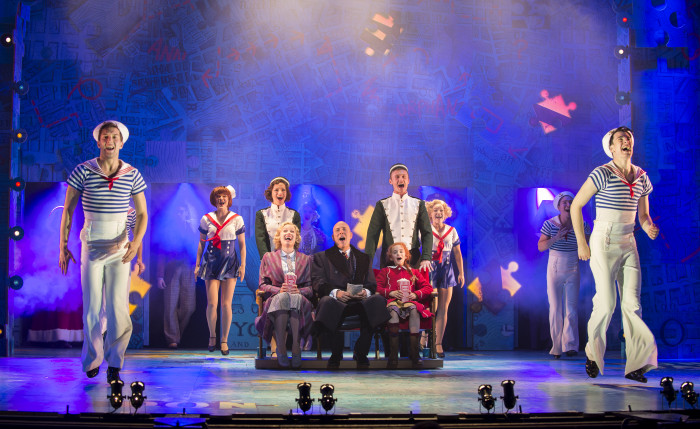 The four-year old twins love Annie! Grandma bought them the new film version on DVD a few months ago, and then the old film version – the one from my childhood – as they enjoyed it so much. They saw the new one first, so they get a bit confused as to which is the ‘old’ one and which is the ‘new’ one. Instead they call the films ‘black Annie’ and ‘ginger Annie’. They love both films equally and can sing along to all the main songs.

Yesterday was opening night, and as a thank you for introducing them to Annies of all colour and historical period, Grandma was invited along as the twins’ esteemed guest. Hull New Theatre is a fantastic venue with which we are very familiar. We saw the Basil Brush tour here earlier in the year, and come and watch the panto every Christmas. 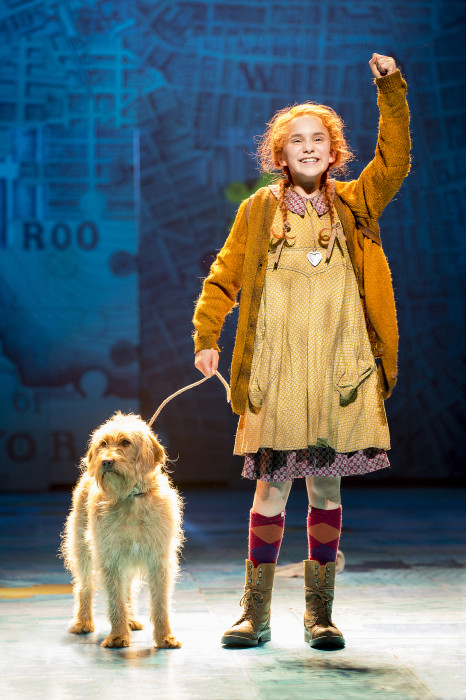 The stage show is the ‘old’ Annie or ‘ginger Annie’ version. If you’re unfamiliar with the story then it’s the tale of a plucky orphan called Annie, stuck in a Depression-era orphanage under the charge of an often ‘tired and emotional’ Miss Hannigan. She gets lucky, being given the chance for a little holiday at the home of local billionaire Mr Warbucks, but Miss Hannigan and her meddling brother smell money and Annie finds herself at the centre of a kidnapping plot.

With its award-winning book and score, this new production includes the unforgettable songs It’s the Hard Knock Life, Easy Street, I Don’t Need Anything But You and Tomorrow.

Craig Revel Horwood is famous for being the nasty judge on Strictly Come Dancing, but also has a prolific stage career and has appeared in shows such as La Cage aux Folles, Cats, and Miss Saigon, with shows both in the UK and his native Australia. On Strictly Saturday, Miss Hannigan will be played by Lesley Joseph who is most famous as cheeky neighbour Dorien Green from TV’s Birds of a Feather. 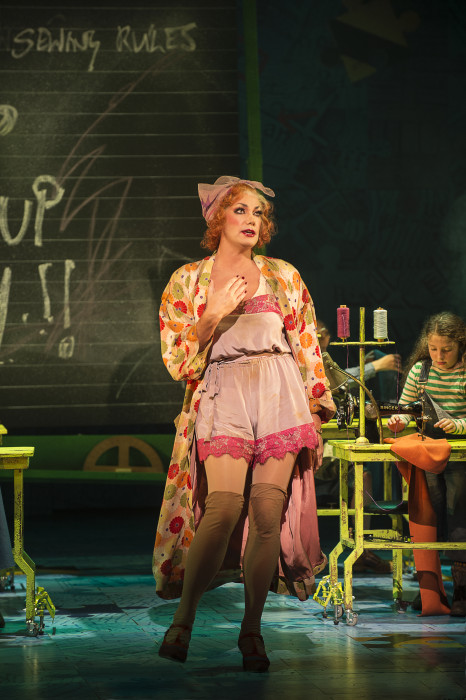 But did the twins and Grandma enjoy the stage show as much as the films?

I think so, yes. They were exhausted after their unusually late evening but they enjoyed themselves. 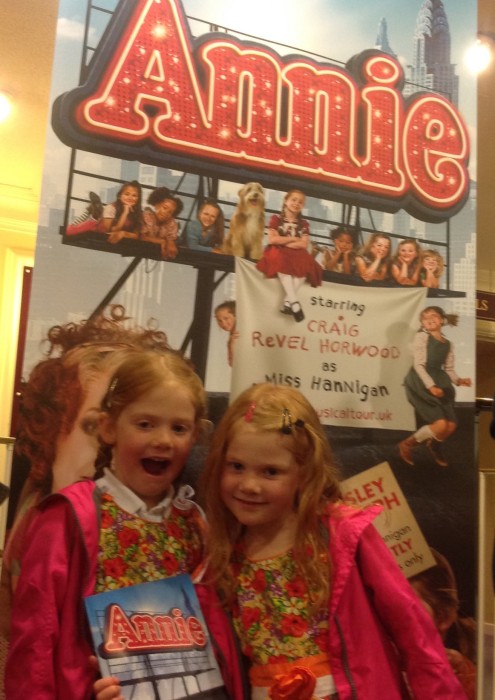 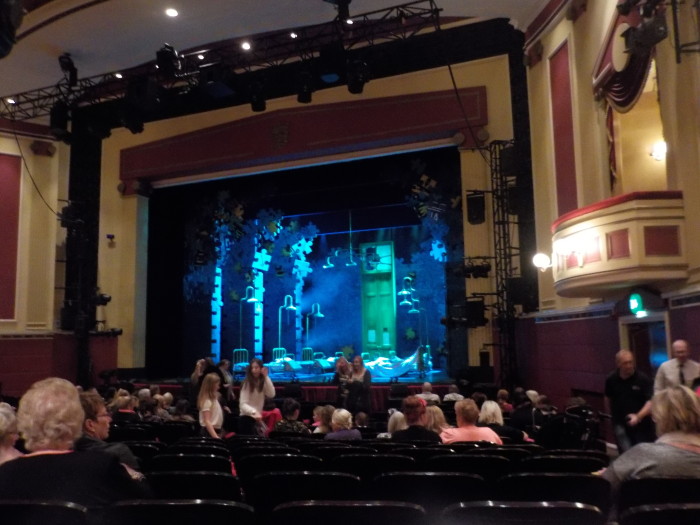 The show was very close to the original film with familiar and songs and characters., and not-so familiar songs too. The twins said that there wasn’t one single helicopter, and Annie wasn’t left dangling from a bridge, but I think they found the reduced peril a relief rather than a disappointment.

They said that Miss Hannigan’s grand entrance was about the scariest part, and that overall, it was a reasonably good show for all ages, from budding-Annies to veteran Miss Hannigans. Craig Revel Horwood got to show off his dancing skills, but Grandma was most impressed by the cast of young children who did an amazing job.

The twins loved their night out and want to do it all again tomorrow. Maybe. (sorry, I had to get them in somewhere!)

Running time – about 2 and a half hours, including interval

Disclosure – we were guests of Hull New Theatre and Annie