With new attractions and improved all-weather facilities, Camel Creek Adventure Park is billed as one of Cornwall’s leading family days out. It’s a smaller theme park suitable, I think, for under 12s. While it’s not on the scale of parks such as Alton Towers, or Drayton Manor, there’s lots to do. We were there for a full six hours, and there was plenty to keep my children entertained. 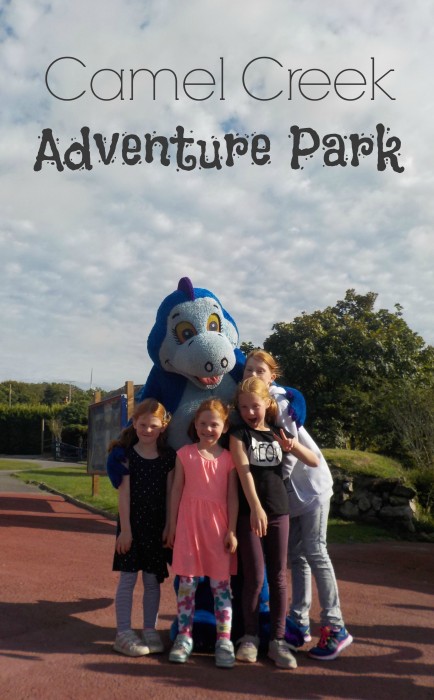 Camel Creek Adventure Park is signposted off the A39 between Newquay and Wadebridge in Cornwall. It’s a small road, but keep going, it is down there! Car park is huge and was supervised on the day we visited, which always makes parking easier, I think.

You enter through the gift shop, and are soon in the park. The girls were very excited to see all the rides and attractions, and they had a turn on a couple of them, before we found the loos and went off to have our picnic.

After lunch, our first stop was Pet’s Corner, which is a barn with enclosures housing birds, reptiles, rabbits and guinea pigs, and one surprisingly active tortoise. We were here though for chick handling, which was awesome. We sat quietly on some benches and the keepers brought out some chicks for us to meet. The girls were very excited about this, and one of them said it was the favourite part of her day.

Nearby was Fort Fun. This is a climbing frame with slides for younger children. The 5 year olds loved this. 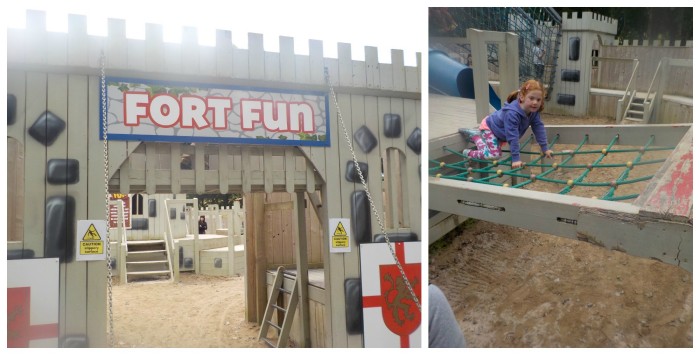 The girls were feeling particularly daring, so we went and found the bigger rides in the park. The big rides aren’t that big really. The 12 year old enjoyed them but she’s been on bigger, and more adventurous children wouldn’t be that impressed. For my 8 year old and the 5 year olds, the big rides were plenty big enough.

We got very wet on the log flume, and had to get in the people dryer afterwards. Take spare clothes if you’re a log flume fan!

Queues were ok. The longest one was about 30 minutes for the Raging Rivers. The Viking Warrior, we walked straight on and had two turns in a row. 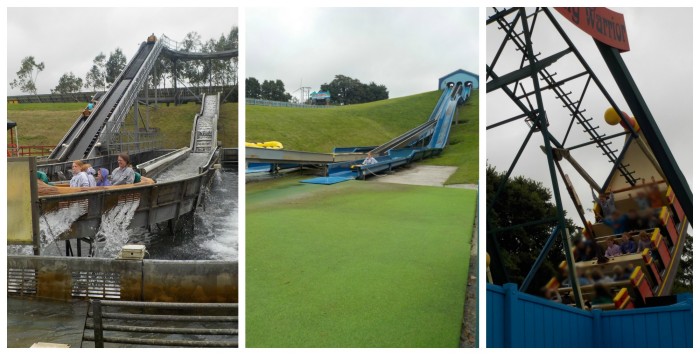 We took some time off from the big rides to feed some very hungry fish. Look at the mouths on these! The food is available from a dispenser for 50p 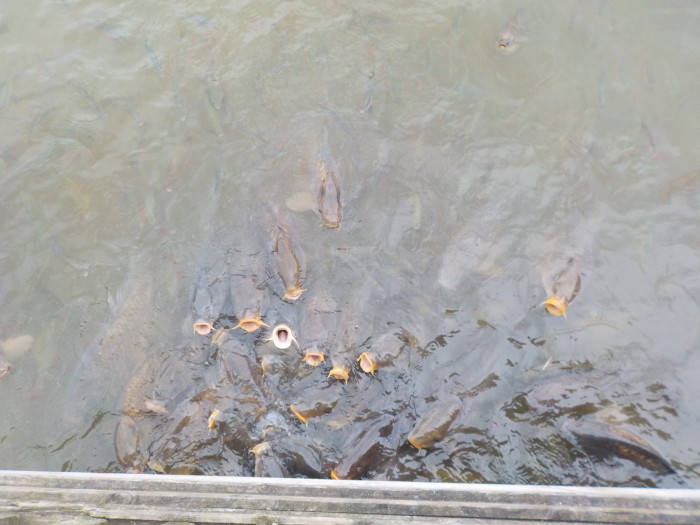 One of the twins’ favourite rides was the Towering Inferno – a four-way slide. It’s the simple things sometimes, isn’t it? 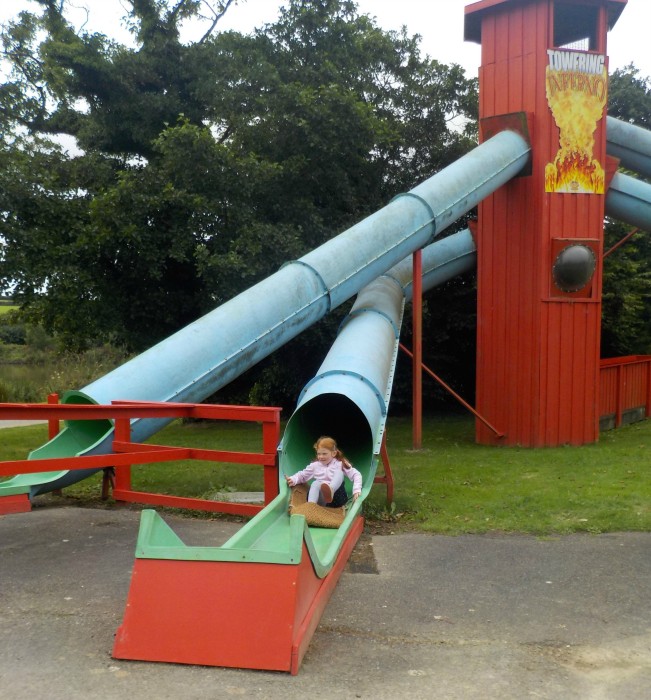 I think the 8 year old’s favourite ride was probably The Beast. It is one of those tower type rides where you shoot up and back down again, and then bounce around a bit. It was big enough for her, yet the 5 year olds could go on it accompanied too, which they loved. 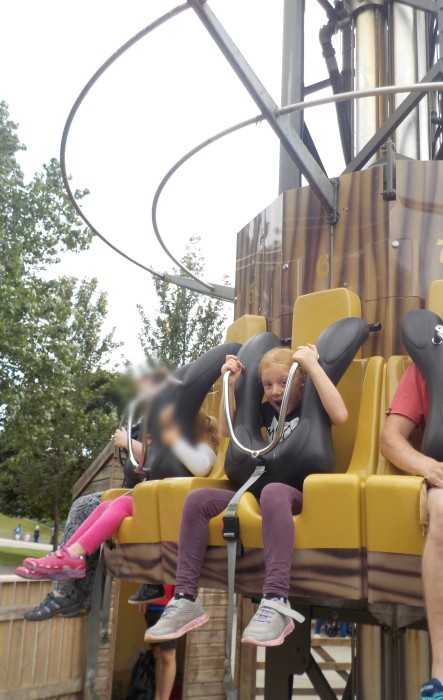 one of the new attractions at Camel Creek is the 5D cinema. The queue here was around 40 minutes and mostly undercover. You could choose between the 5D (where you sat in a boat/carriage and it moved) or plain ‘ol 3D. The film was Red Beards Rapids, a fairground ride adventure which turned into a piratey voyage with huge sea creatures, and sword-wielding skellies. Probably not for very young children, but the 8yo and 12 yo loved this. It lasted about 5 – 10 minutes. 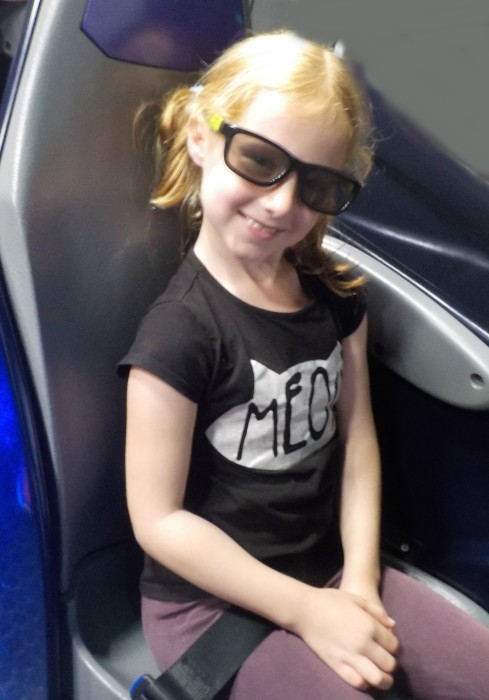 Camel Creek Adventure Park also has a good collection of animals, and we spent some time stroking the hairy pigs, and getting to know the ponies.

One ride they could all go on was the Pony Express. The twins loved that they could have a horse all to themselves, without uncool mum or dad on with them. Queues were pretty short here, which is great.

You can pay £3 extra to have a ride on a real pony, but there was a bit of a queue so we gave it a miss this time.

The longest queue of the day was for the Morgawr, which was a surprisingly fast family rollercoaster. It only took up to 8 people at a time, so the queue built up quickly. The twins loved it once they were on, but we didn’t have time to wait to do it all over again.

Some of the queues were a bit too long, in my opinion, for what they were. Some rides we just walked on to, so we made sure we did them a couple of times before queuing for the more popular rides.

There’s so much more to do which I haven’t told you about so far, such as the playgrounds, zip wires, the smaller kiddy rides in Swampy & Dina Land, and the indoor play area. We simply didn’t have time to do everything, so we chose to do the most appropriate things for our children.

We didn’t try out the main food outlets, though there looked to be plenty of choice – I do however highly recommend the ice-cream! For lunch, we took a picnic, and there was lots of places to sit and eat. Even for a bank holiday weekend in August, there was plenty of seating available.

There are the usual height restrictions on some rides but my children (aged from 5 to 12) didn’t find anything that they couldn’t get on, which they wanted to go on, although the younger ones had to be accompanied on a couple of the faster rides.

Top tip – take spare clothing as there are a few attractions which will get you wet! Leave them in the car if you want as you can get a hand stamp from the gift shop for re-entry

Verdict – plenty to do for children aged between 5 and 12. Very clean, friendly staff, and some lovely fuzzy animals.

You can find out more at Camel Creek Adventure Park