Broad Farm is in the village of Burgh St Margaret (Fleggburgh) to the north-west of Great Yarmouth in Norfolk. We stayed here for three nights in August 2013.
It’s huge. There are four or five separate areas. One for static caravans, the rest for tourers and tents. There are also some permanent tee-pees to hire.
We stayed in the touring field next to the utility block. We had electric hook up and a tree with a rope swing. The pitches are lovely and big. 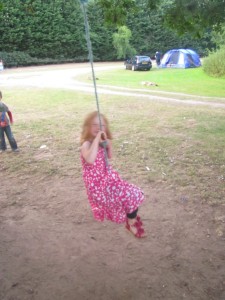 Our toilet block was large and the water was hot. It could be more modern but it was adequate for us.
There is a bit of road noise, especially if you get a pitch on the northern side of the site but not so that it would stop you sleeping. 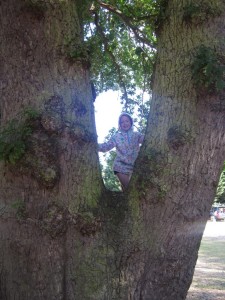 The site is pretty level and safe. There is a clubhouse with bands and discos, a shop that sells all sorts of things, a play area for the children, and an outdoor pool!
The pool was lovely and clean(ish). To be honest I was expecting it to be a bit manky and riddled with debris but it was good. It was cold as expected, but the kids loved splashing about in it. It was shallow enough for my two-year olds to go in and walk about. 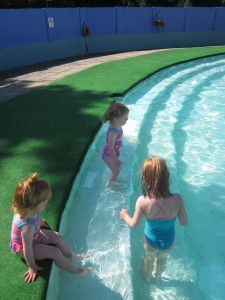 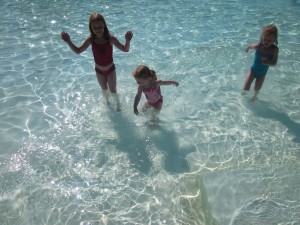 It is a ten to fifteen minute drive from Great Yarmouth.
There were loads of other kids there and my girls had made some friends within minutes.
We paid £30 per night for all six of us including electric (August 2013).
It is on the A1064 between Acle and Caister-on-Sea
Their website is here – Broad Farm, Norfolk 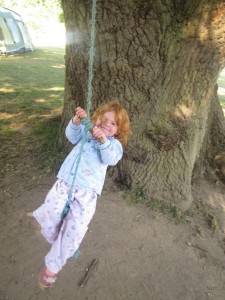