I don’t know about you but I just can’t do big rides. Never have done. Unfortunately, when your children (inexplicably) love big rides, then you kind-of get roped in to going on with them, especially on those rides where they’re too small to go on without an adult. Our trip to Disneyland Paris this time saw me going on some rides I’d never been on before. This was because I’d avoided them because they sounded a bit scary. Funny thing is, I’m a lot better with scary rides if I can see them in action first, rather than rides that you can’t see, if you see what I mean.
I mean, the Orbitron is fast and high, but you can see the full extent of what it does beforehand. Which I like. I don’t like rides where you don’t know what’s coming, and you can’t see it in action first. Yes, you would be right in thinking I’m a bit of a wuss.
So, here’s a wuss’s guide to those rides at Disneyland Paris you can’t see in advance.
1) Pirates of the Caribbean
From the outside – huge queues, scary pirates, looks dark.
From the inside – Small World style boats, mannequins of pirates in dark tunnels, scary music, and three small drops. Basically if you can stomach a small log flume, this ride is fine. You’re not strapped in anyway, so it can’t be that bad. There is a camera on the last (third I think) drop.
Verdict – looks and sounds a lot scarier than it is, which is basically Small World does pirates and fails to be anything more than mildly unsettling. A bit poo to be honest.
2) Thunder Mountain
From the outside – fast roller coaster whizzing past with screams and going into tunnels, disappearing behind a mountain which you can’t see behind.
From the inside – very fast roller coaster which goes through pitch black tunnels. Very jerky with some very quick – but not what I would call big or steep – drops. Does not go upside down. You launch upwards from your seat a couple of times (you have a lap bar), but you don’t feel like you’re going to be ejected ungracefully.
Verdict – You may squeal like a big wuss, but as roller coasters go, it’s one of the best. For wusses who don’t like upside-down or steep drops. My six-year old loves it!
3) Tower of Terror
From the outside – a huge building with some windows from which you can see people dropping quickly and hear copious amounts of screaming.
From the inside – a walk-through which spooks you up a bit, lifts which go up and down and show you some scary things, and then the doors open, you pause momentarily, and then drop. Quickly.
Verdict – The worst of this ride is the huge drop which you can see from the outside. If you don’t like the look of this bit, then steer clear. Probably the scariest ride in the Disneyland Paris Parks. My nine-year old won’t go on it again. The death-wish six-year-old thought it was awesome.
4) It’s a Small World
From the outside – lots of children and adults piling in to boats that disappear into who-knows-where.
From the inside – a slow boat ride into the pits of hell. If hell is singing and dancing (and sometimes demented-looking) mannequins, singing the same song over and over again in different languagues. Brightly lit, colour abound, annoying tune. What more could you want?
Verdict – Possibly the most terrifying ride of all. You will be addicted and go on this at least ten times a day. 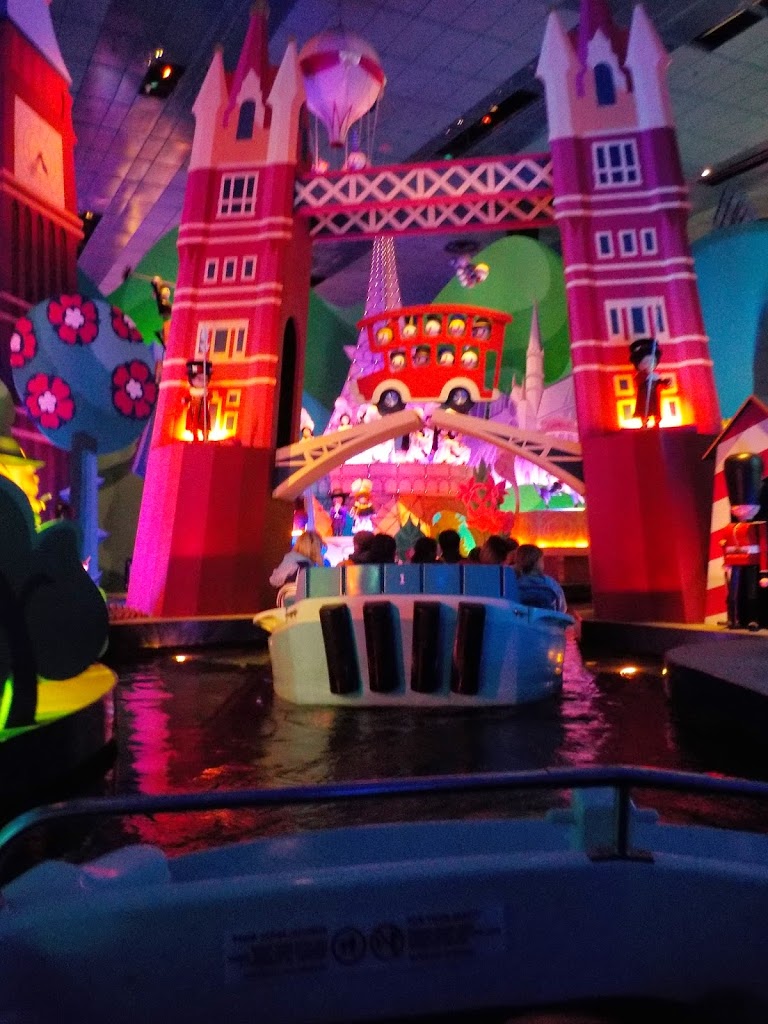 5) Buzz Lightyear
From the outside – bright and Buzz Lightyear branded warehouse with few clues as to what lies inside.
From the inside – a continuous train of carriages from which you can shoot Zurg and his evil batteries with laser guns. Very bright and noisy. Stays on one level. Slow moving.
Verdict – brilliant fun. We love the Buzz Lightyear ride and recommend it wholeheartedly. 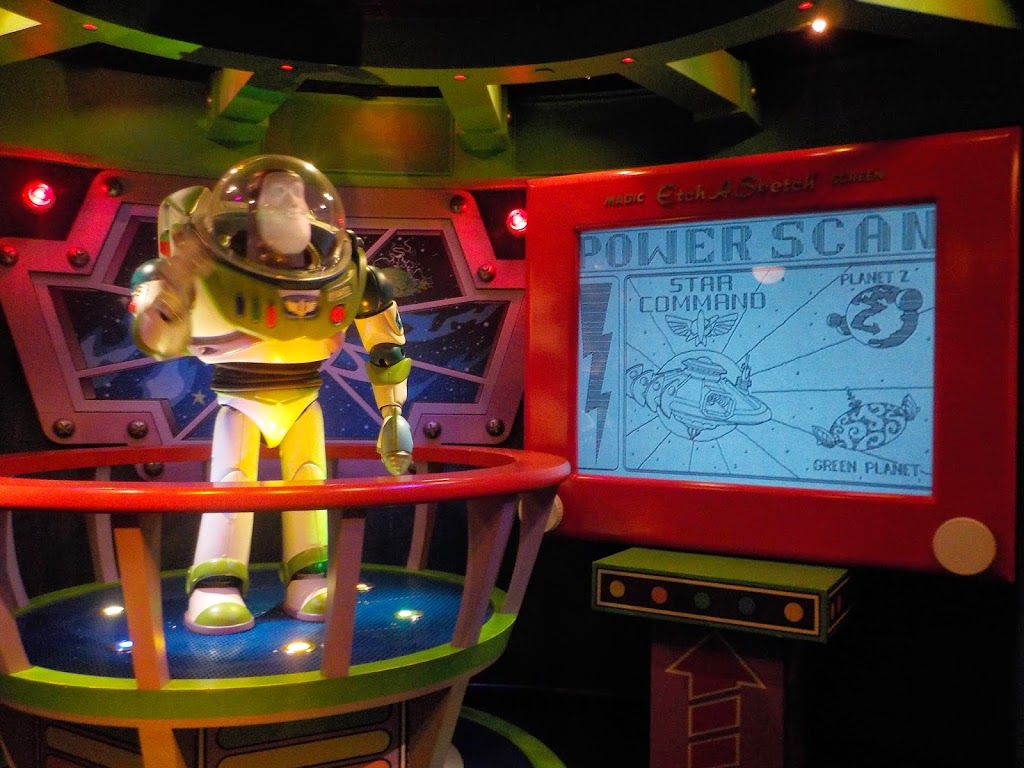