Santa is here! Well, he is at Princes Quay in Hull anyway. I’m not 100% sure it’s the real Santa, but the twins say he is, so he must be.

We were invited to the VIP launch event of the new grotto at Princes Quay shopping centre, in Hull. We’d spent the week recovering from double illnesses, and needed to get out and see other people. A trip to Santa was the perfect excuse. 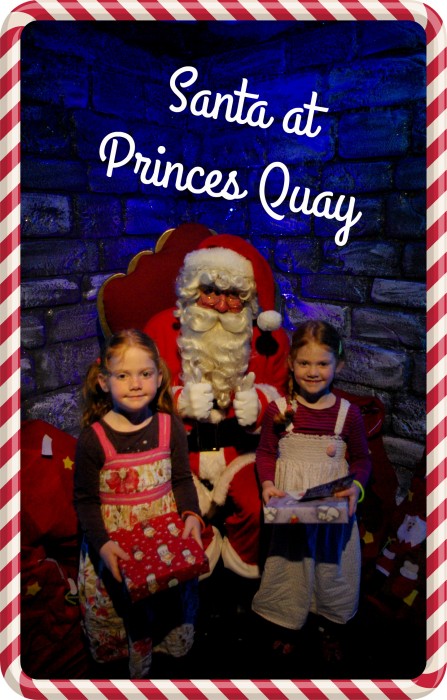 I have to say that the team at Princes Quay have done very well. The grotto is huge and, I think, looks so much bigger and brighter than last year. It is on the ground floor and rises above the main deck. It is a wintry ice palace with illuminated reindeer and snowflakes and I think it looks pretty good. What do you think? 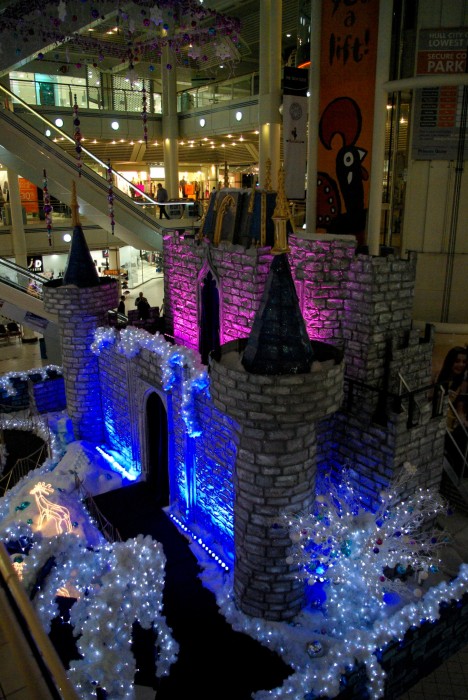 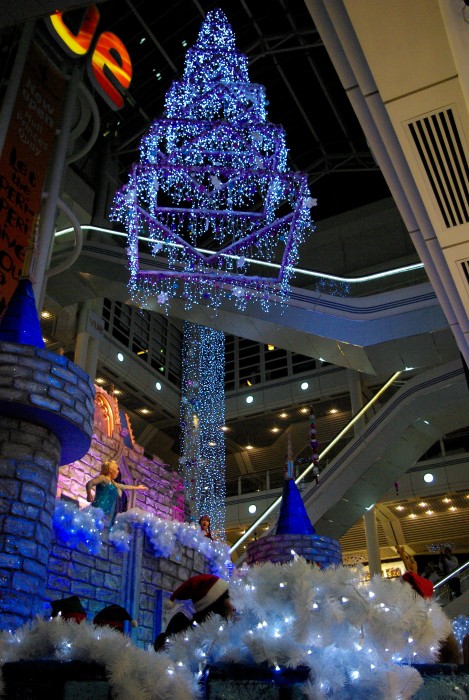 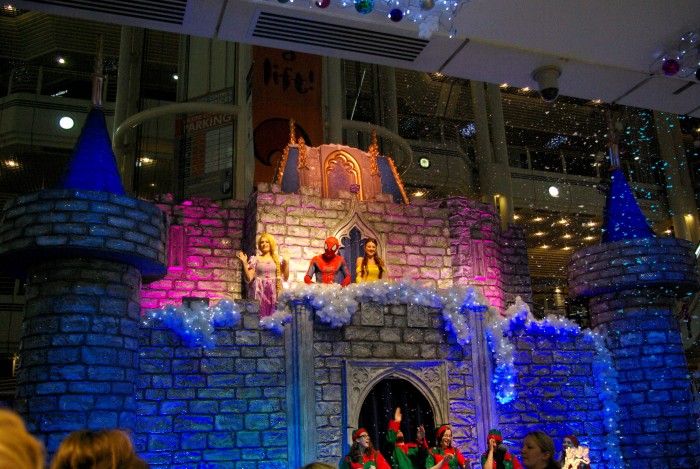 The launch event was a lot of fun and we got to meet some of our favourite characters. Of course, only the main man (and his elfin helpers) are available to regular visitors, but isn’t that the reason you’ll be coming?

Santa himself was particularly jolly, with the essential rosy cheeks. He was great with my children who told him exactly what they wanted. I’m not sure he gives ‘proper’ mobile phones to four-year olds but he listened and said he’d see what he could do. We got our photo taken by the official elf-photographer. You can buy a souvenir pic on the way out if you want. The pic above with Santa is one I took with my own camera.

The cost of the Santa visit is £4.50 per child, and includes a toy. My four-year olds got a jigsaw each. Most of all, they enjoyed meeting Santa and his elves, and the visit provided a welcome bit of excitement in a week comprising far too much CBeebies and duvets. They were shattered going home though and had to have a power nap on the bus, clinging on to their toys all the way.

Santa is open every day between now and Christmas Eve. His day starts at 10am or 11am, and finishes between 5pm and 8pm (4pm on Christmas Eve).

Disclosure – we were guests of Santa and his numerous, friendly elves. Thank you to the team at Princes Quay for inviting us.