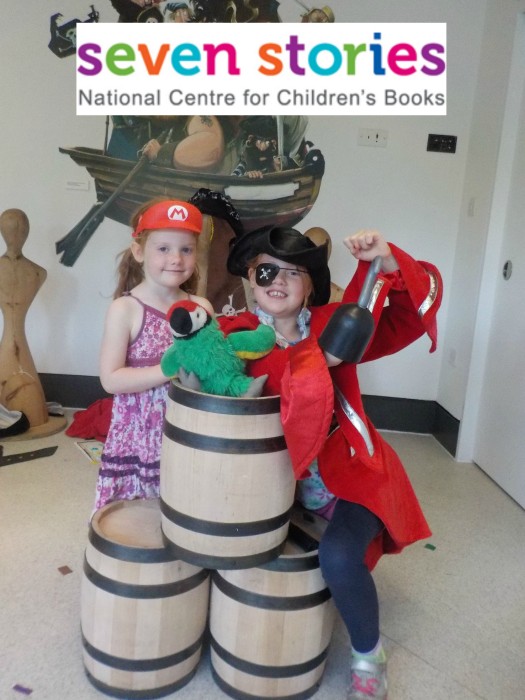 Seven Stories is set in an old warehouse district which is undergoing regeneration. It’s in a pleasant spot next to a canal and some gardens. It was about a 30 minute walk from Newcastle City Centre along some busy roads, or around a 15 minute walk from the nearest Metro station of Manors. Car parking is available. Please see their website for more details. 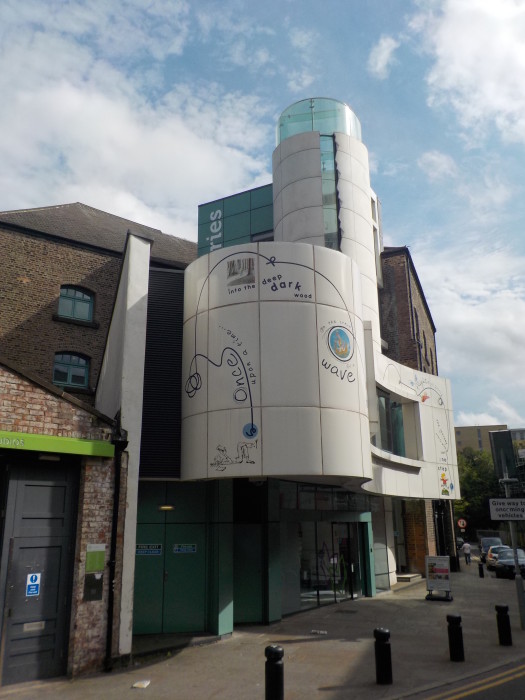 Straight into floor 3, and with some advice from the very helpful receptionist, we head down to floor 1 – an arts and craft studio with a great view over the canal. The girls love arts and crafts and had been suffering withdrawal symptoms since we’d set off on holiday the day before. They’re not too much into pirates, which is the workshop’s current theme, but the urge to cut and stick was far too much. They made some treasure chests from card and shiny paper, and drew themselves their dream desert island. There was an awesome collection of pirate outfits in all sizes, adults included. Please excuse the Super Mario hats – we’d been to McDonalds for lunch. 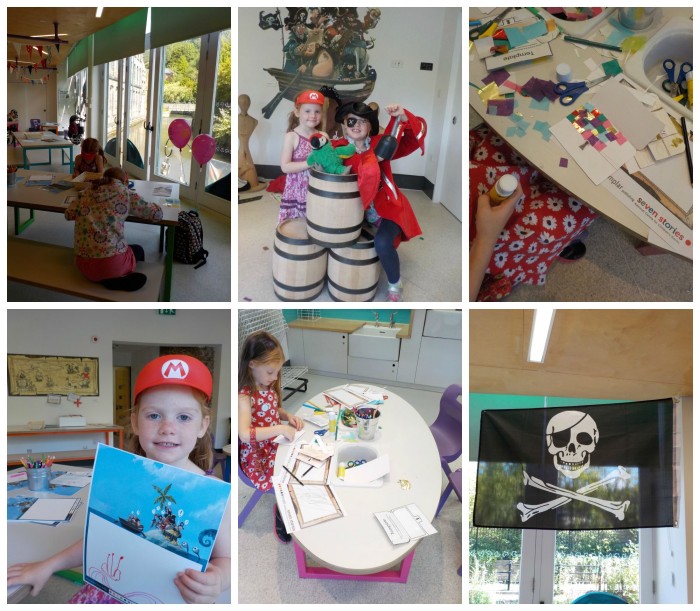 We didn’t spend too long in here, much to the girls’ disappointment as we wanted to join in with the story and play due to start on floor seven. So we grabbed the lift and up we went. The story-telling attic was just wonderful.

The play was based on a book that we hadn’t read but it was very good. It was a one-woman interactive show and the children helped shape the story. My 11yo played the part of the baddie, and she was very bad indeed. This took around 20 – 30 minutes and held the attention of most of the children throughout. 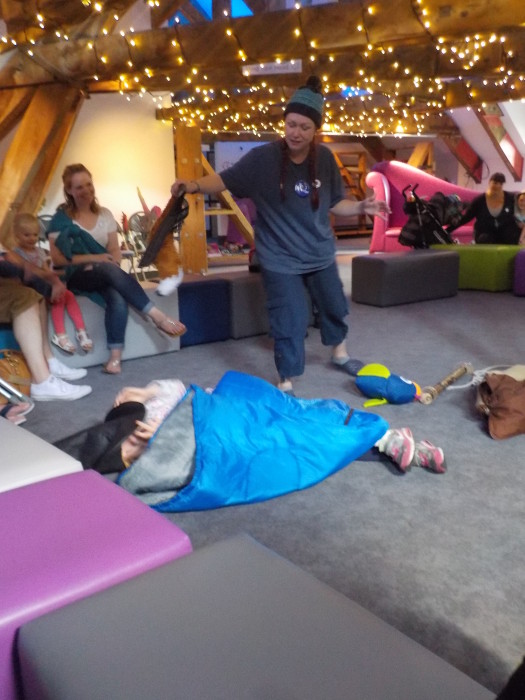 The rest of the attic was dedicated to everyone’s favourite boy wizard, with a mock-up of Diagon Alley and some fantastic dressing-up robes. 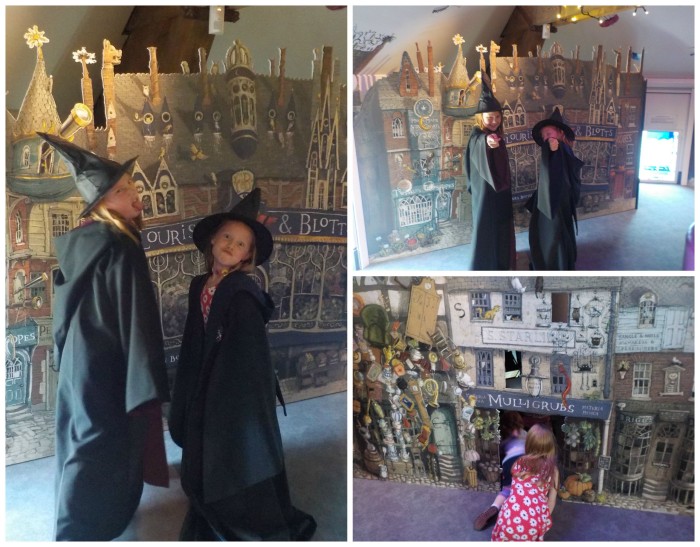 We then worked our way back down. Floor six was a gallery dedicated to Paddington Bear. There was a nice selection of original artwork, sketches, and stories about the history of the Paddington Bear stories. There was also the model head that was used to make the recent movie, which was a tad disconcerting. The girls liked the art activity which was provided. 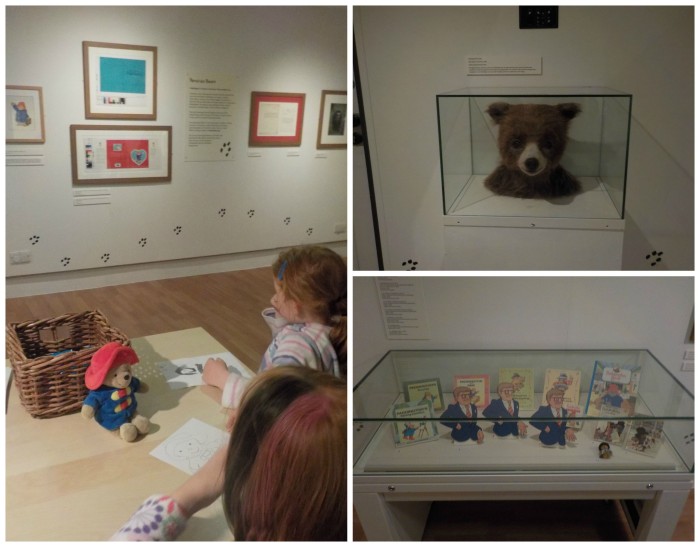 As a session was about to start on floor 5, I took the 4 year olds downstairs. The session was for pre-schoolers and was in the Rhyme Around the World exhibition. This is a fairly large room telling you how stories are told around the world in the form of nursery rhymes. The session was songs and little games to help the children engage with characters and with the exhibition. It was perfect for the twins who liked the parachute game, and then hunting for lions. The activity leader was brilliant with the children and they stayed attentive for around 30 minutes, which is no mean feat.

The gallery has lots of things to look at, and also dressing-up outfits, and other things to prod and poke. It was bright and colourful and we were able to identify several nursery rhymes, including ‘Pussy Cat, Pussy Cat’. We dressed up as queens and sat on some thrones. 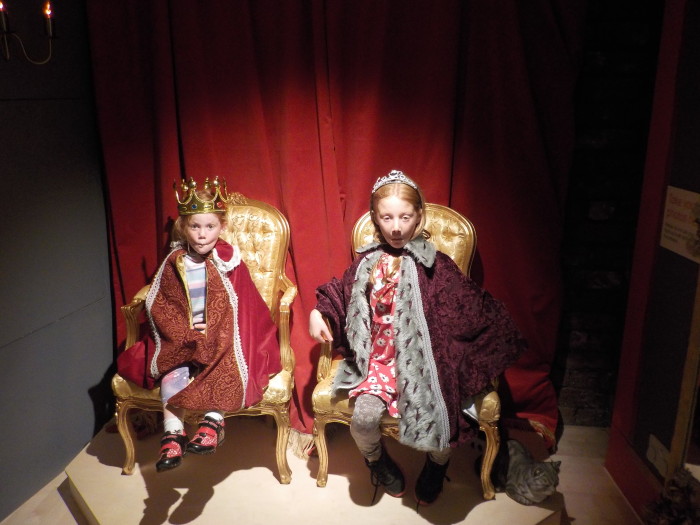 Down to floor four and it was a whole gallery exploring the work of an author we’re not that familiar with – Michael Foreman. It would seem he’s quite prolific and has written children’s books on some quite difficult subjects such as war and pollution. We had a little dress up as an astronaut, made friends with a stuffed cat, and tied a ribbon wish to the Tree of Hope. 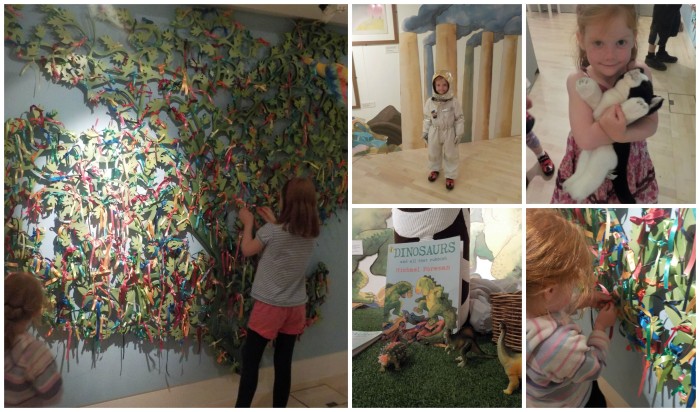 Our last stop was floor 2 for some drinks and cake in the centre’s cafe. Again, some great views of the canal, and a swim by from a flotilla of ducks. 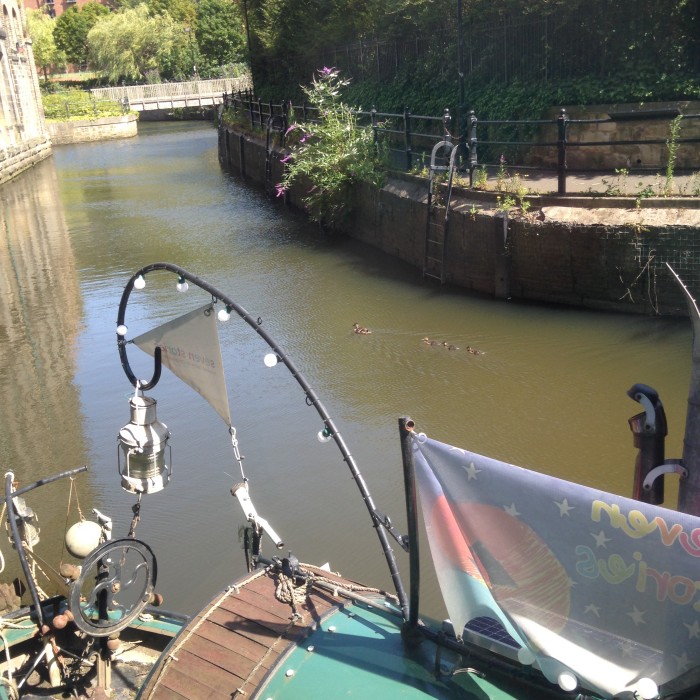 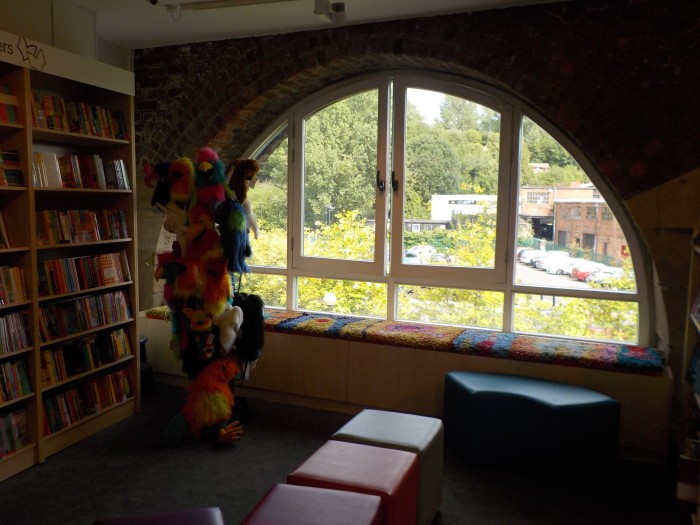 Seven Stories isn’t huge and it’s quite quick to get around on its own, but the story times and activities are the big draw, as are the regular guest sessions from famous authors and illustrators such as Nick Sharratt, and Derek Landy.

Overall, it was a pleasant place with fantastically enthusiastic and engaging staff, who helped my children to explore stories of all kinds.

Disclosure – we were guests of Seven Stories for the purposes of this review. All opinion is our own