How to introduce Stonehenge? Surely. there is no-one alive who couldn’t recognise Stonehenge on a picture?
Stonehenge is a UNESCO World Heritage Site. It is a mystery, and a wonder. It has been attracting visitors since it was built hundreds of years ago. Although archeologists and other people whose job I can’t spell are able to have a good idea of when and how Stonehenge was built, we really still don’t know why. 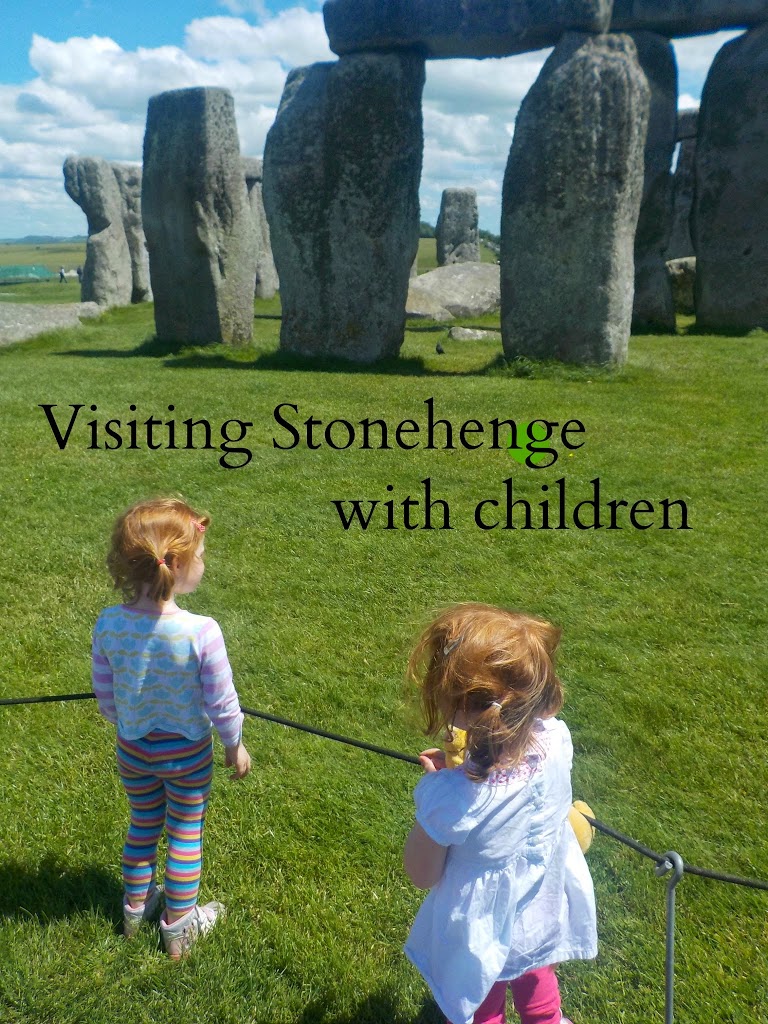 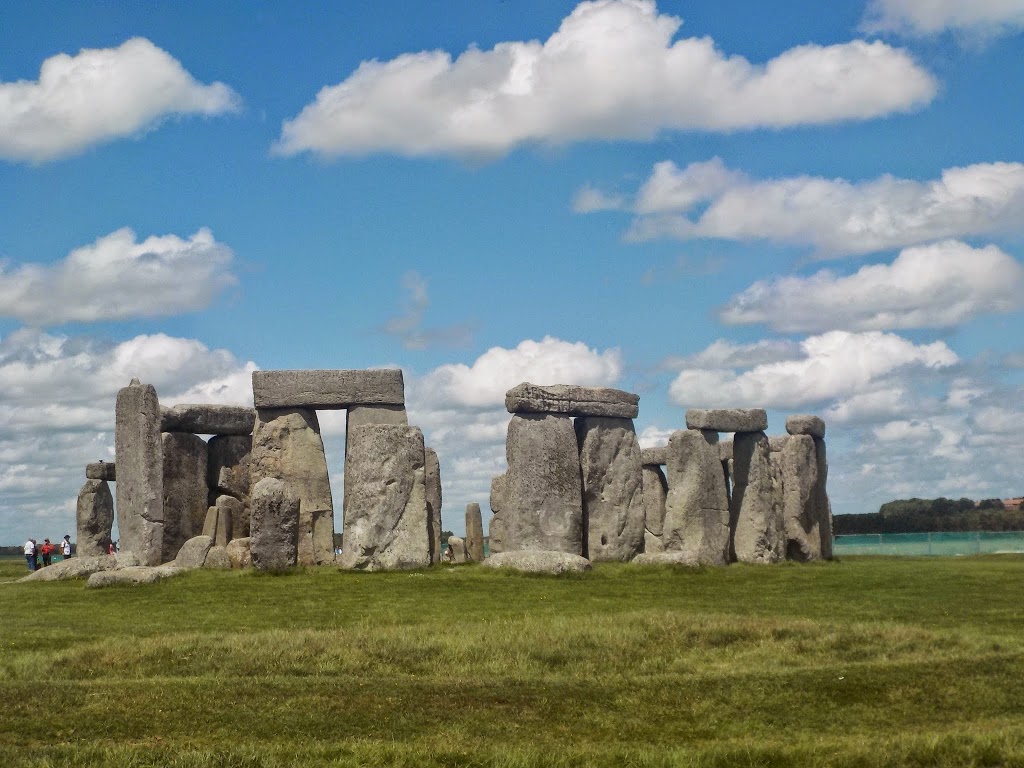 I admit to having family living within a (small) stone’s throw of Stonehenge for pretty much all of my life, yet I’ve never been. On a recent trip for a family gathering, we decided to have a look and see what all the fuss was about. To be honest, I was expecting to be completely under-whelmed. I wasn’t, nor was I completely blown away, but I did enjoy going, and there’s another tick in the box on the metaphorical landmark spotting sheet!
Stonehenge is managed by English Heritage. They have just built a multi-million pound visitor centre about half-a-mile from the stone circle, so that they could knock down the old one, extend the car-parking facilities, and return more of the site to grass.
The visitor centre houses all the facilities you would expect, including ticket sales, a cafe, toilets, and a gift shop. There are shuttle buses that leave from here and take about three minutes to get to the main site, or you can walk if you feel like it. 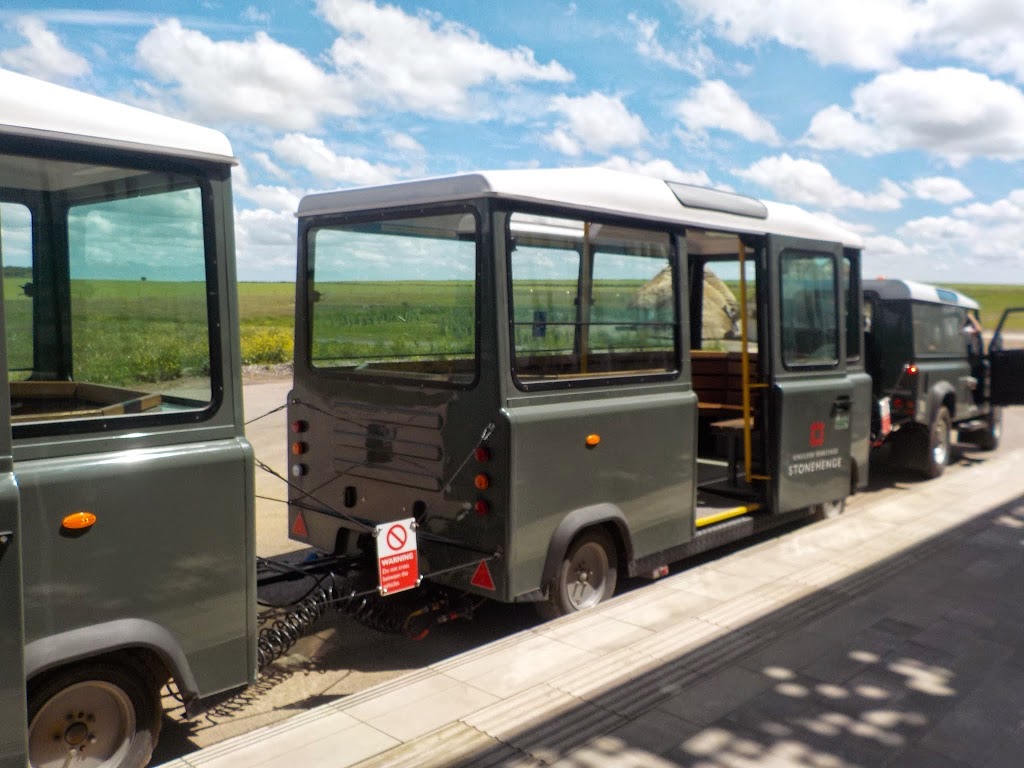 If you’re thinking of taking children with you to see the stones, then there’s no reason why not. Very young children might get bored, but they can’t really do any harm to themselves or others, while older children would enjoy it. My nine-year old loved it, and was fascinated by the stories she heard on her audio tour – audio tours are available from the visitor centre and are included in the ticket price.
Once you get off the shuttle bus, you walk round the stones along a grass path, and then a tarmac one. There are numbers dotted around so you can listen along on the audio tour. To be honest, without the audio tour you might not know what’s going on.
The stones themselves are pretty fascinating. For stones. You can’t get closer to them than about 20 yards, but you can see enough. Or you can have a bit of a roll about on the grass. 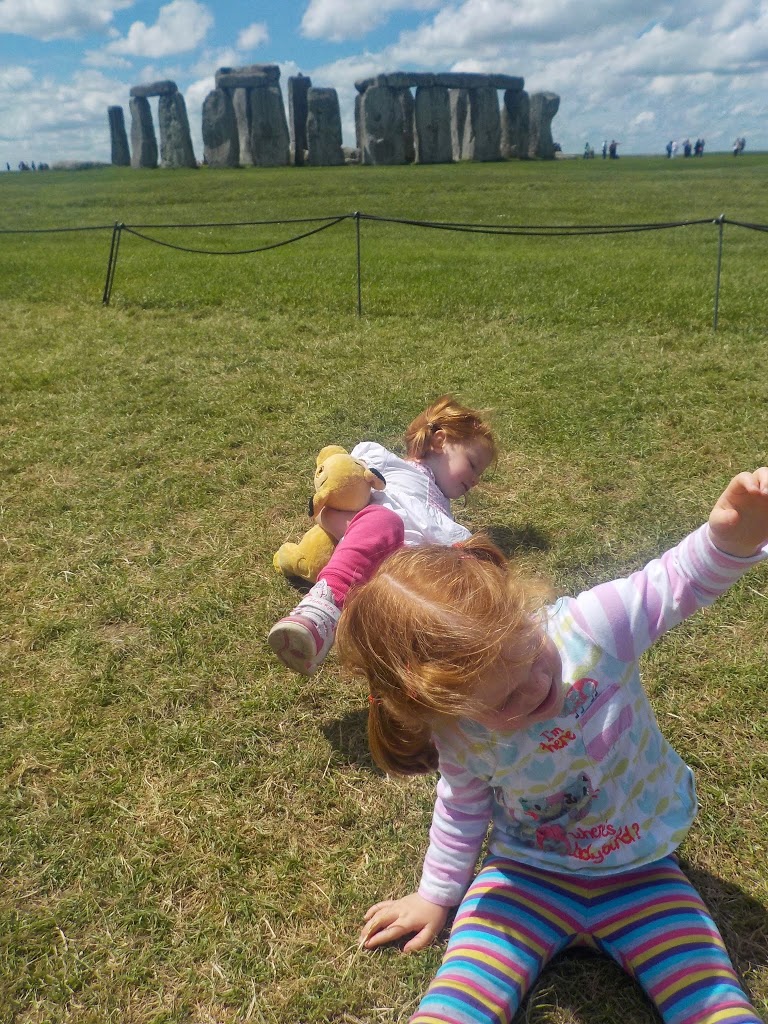 It takes about half-an-hour to get round them, though you can do it quicker if you feel like it, or pull up a patch of grass and sit up there all day. 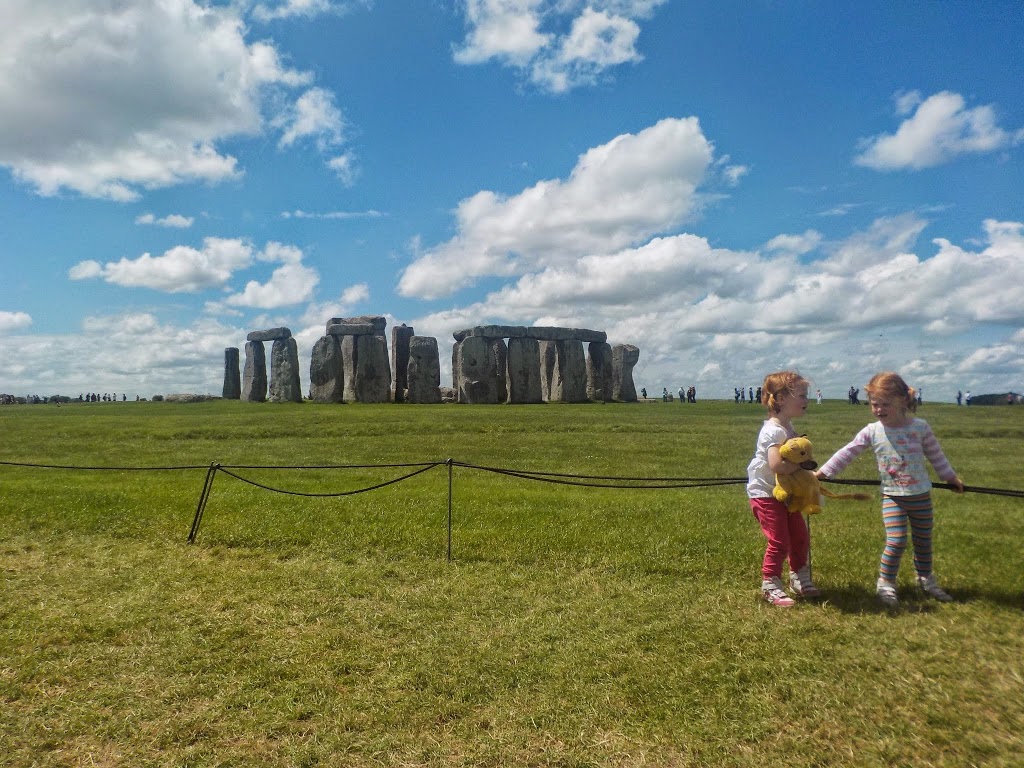 Back on the shuttle bus, and we had a look around the huts which have been built to show us what life at the time of the building of Stonehenge would have been like. 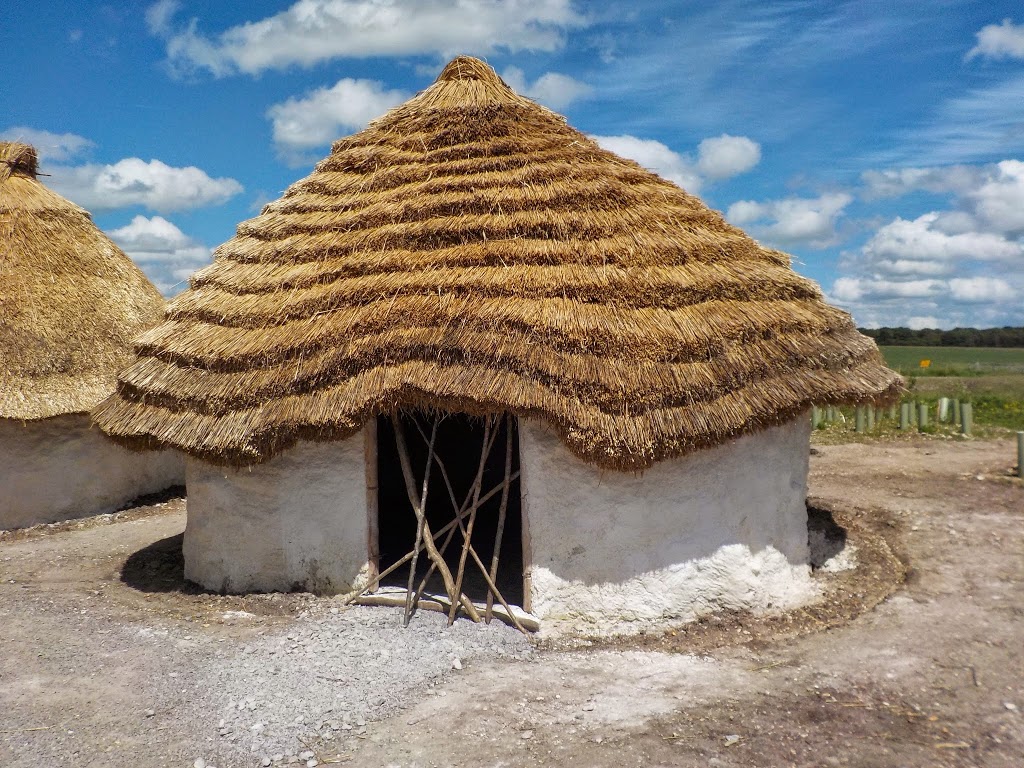 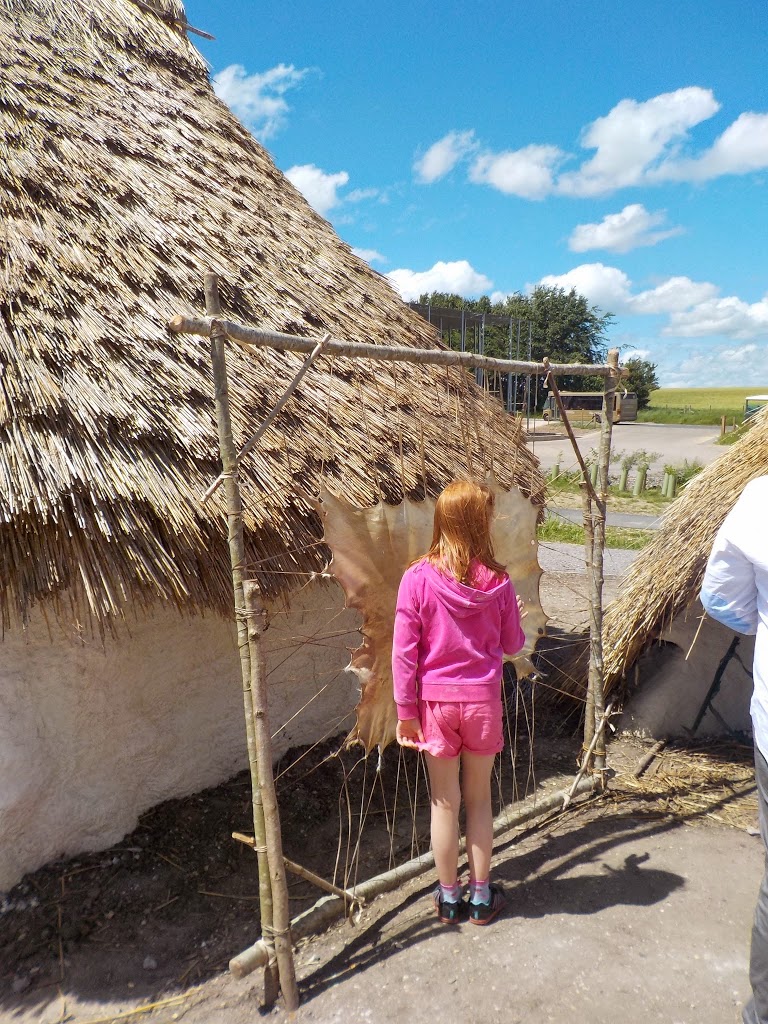 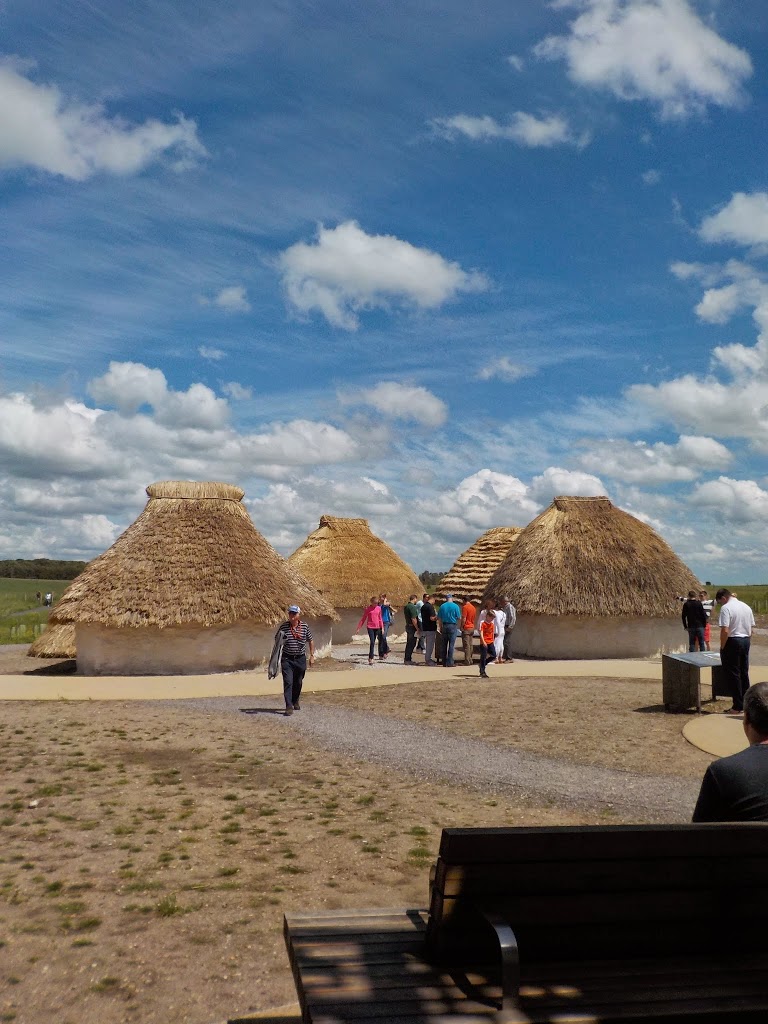 Then we had a little push of a replica stone to see how hard it would have been to have moved them the 100+ miles from South-West Wales without modern machinery. 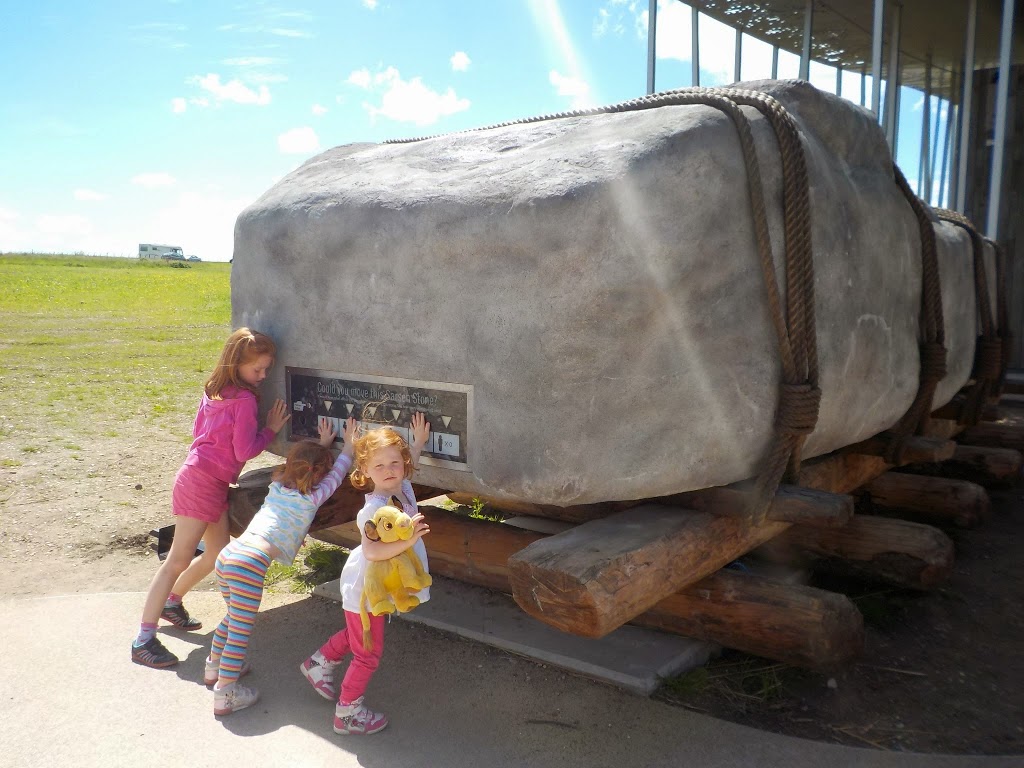 The exhibit in the visitor centre is brilliant. It’s not huge but comprises a collection of artefacts – including a skeleton – found on the Stonehenge site, and also a video wall where you are shown Stonehenge through the ages from its centre. This compensates, a little, for not being allowed into the real stone circle in person. 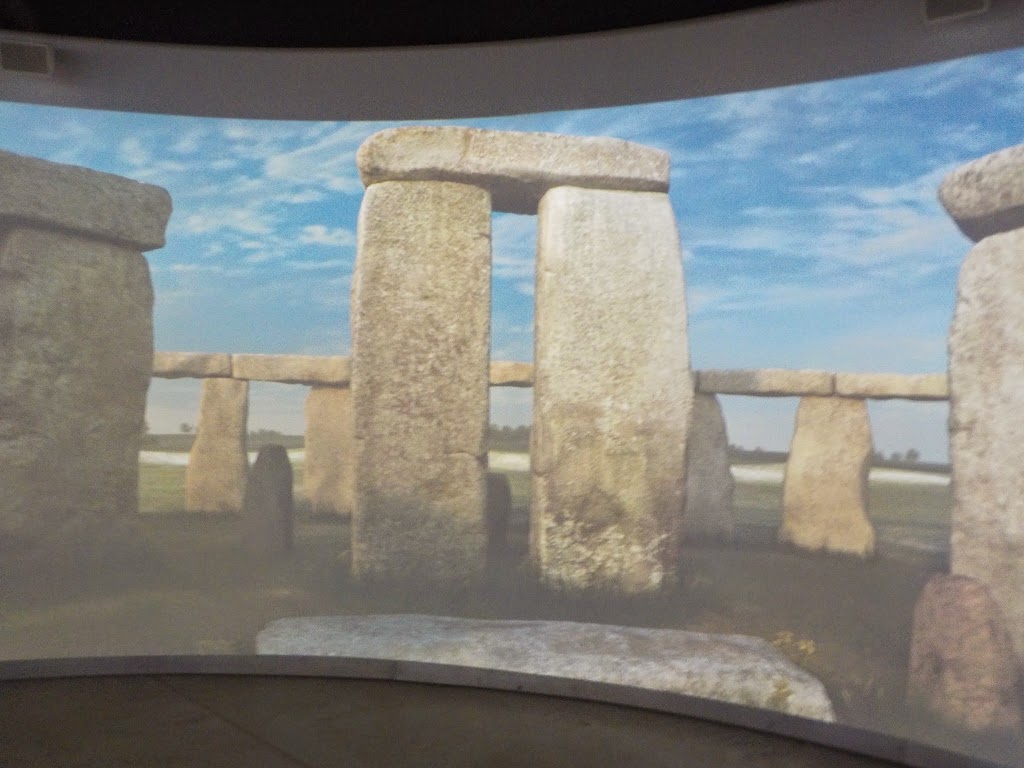 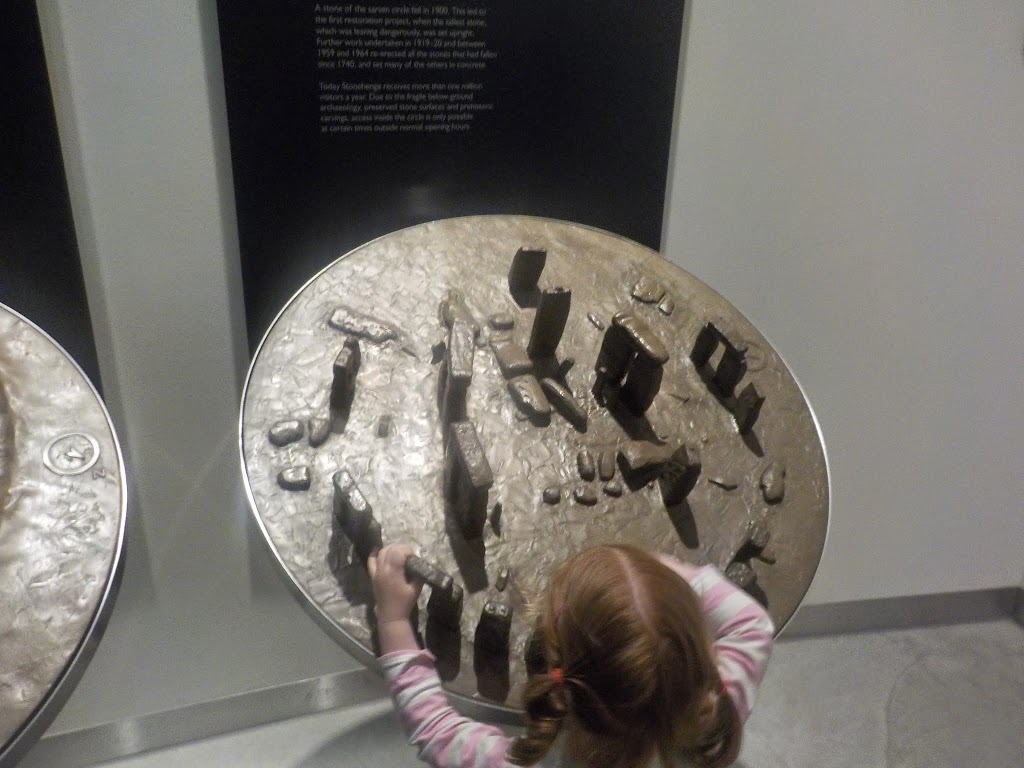 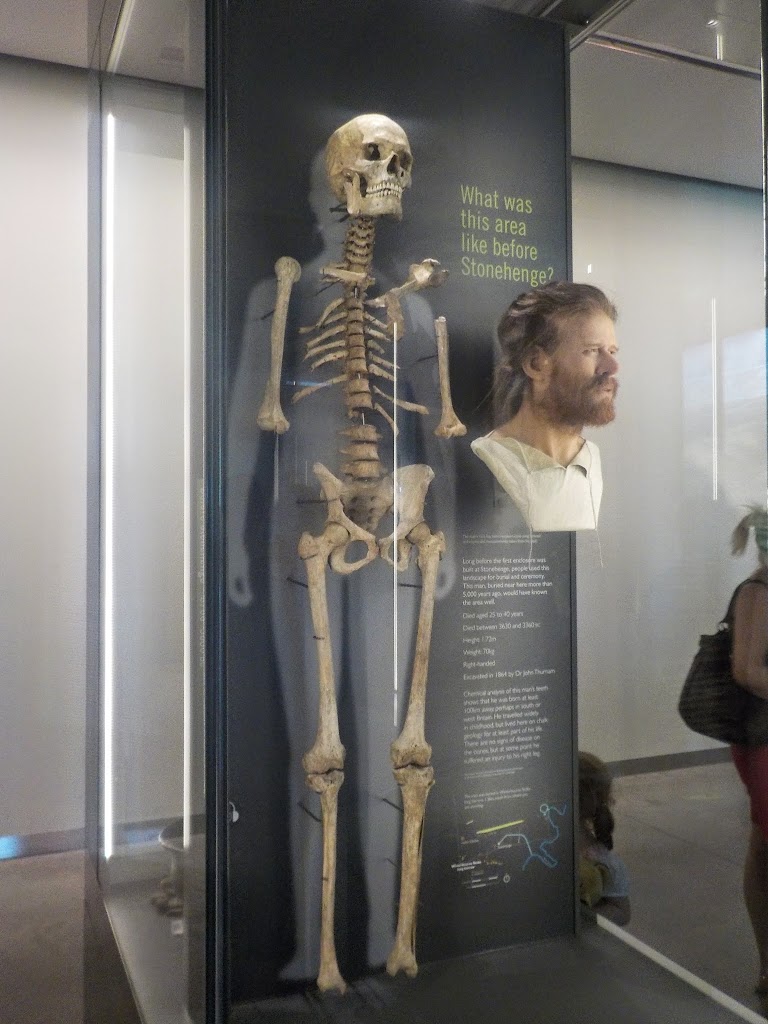 Trip time – two hours.
Overall, we loved our visit to Stonehenge. It was nice being out in the fresh air and connecting with history.
Stonehenge is signposted off the A303 north of Salisbury, Wiltshire. In fact, you can see it off the road as you pass if you don’t fancy paying! Not quite the same though.
If you’re an English Heritage pass holder, Stonehenge is free entry, and free parking too. All other patrons pay £5 for parking, which is refundable with a ticket purchase.