Thanks again to Hull Truck Theatre for inviting us to go and see their Christmas production – this year it is Oliver Twist. It’s on until the 5th January 2019 and it’s another stellar show from Mark Babych and the Hull Truck crew. 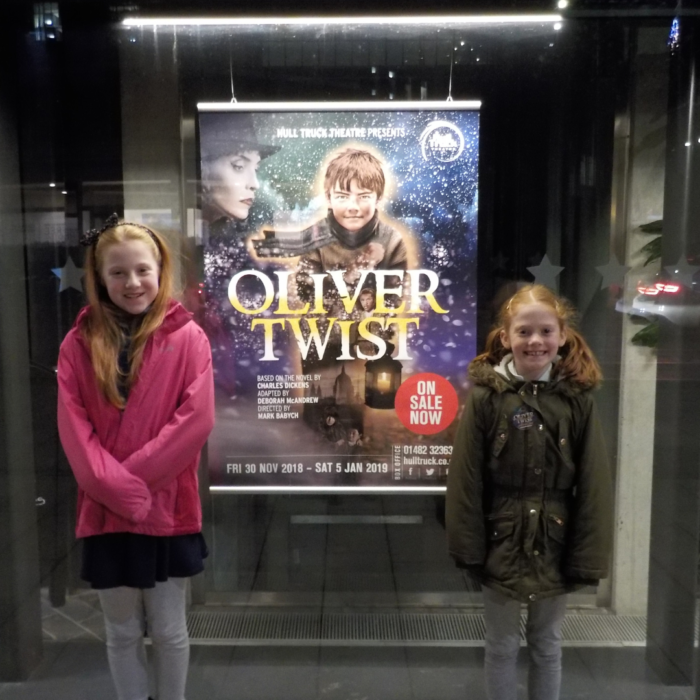 Oliver Twist is the story from Charles Dickens of the titular orphan and his trials in the workhouse he was born into and his venture into London where he meets a whole host of savoury (and unsavoury) characters until his fateful reunion with his real family.

As a story, it’s pretty dark, grim in places, as was a lot of Charles Dickens’ work. The production and set at Hull Truck is ideal for the setting. There are a few Christmassy bits thrown in – we loved the snowfall – around the storytelling. 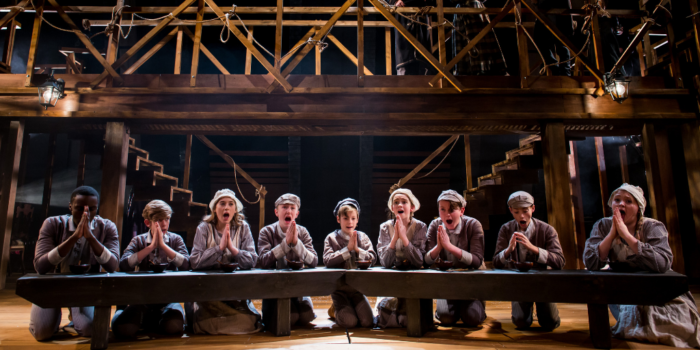 This is a musical but it’s not Oliver! There’s no ‘oom pah pah’ or other singalong numbers. We didn’t leave humming any of the tunes, and unlike previous productions, there was little in the way of audience participation. But we really enjoyed it.

Oliver Twist has a cast of seven adults playing a variety of roles between them, and a changing roster of minors. They were all very good. My younger co-theatre-goer was a bit confused in places as to who was who and what was going on, but that’s Dickens for you anyway! The older one lost track occasionally and I had to explain some concepts to her but she got the gist.

True to the story, there are menacing characters – Samuel Edward Cook (apparently he’s in Peaky Blinders) was perfect as Bill Sikes, and Flo Wilson was a very unconventional but credible Fagin. 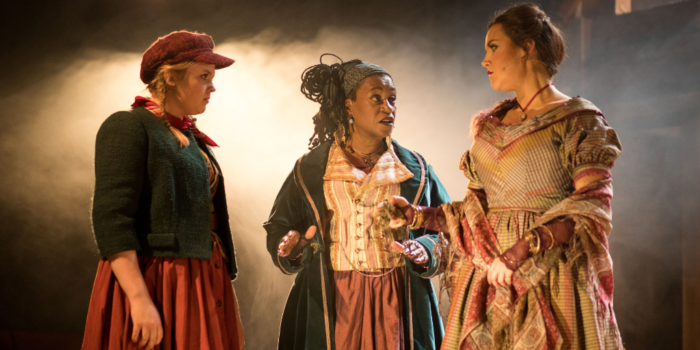 There are scenes of poverty, crime, domestic abuse, murder, and a guy fawkes being hurtled from a gantry. This is more of a family production than child-friendly. If you want child-friendly, then head to a pantomime. As they would be happy to admit themselves, Hull Truck Theatre do not do panto.

If you want a show to watch this Christmas with your family, or just for yourself, that certainly is not a panto, then Oliver Twist at Hull Truck Theatre is worth a look.

Disclosure – we were guests on press night. All opinion is our own 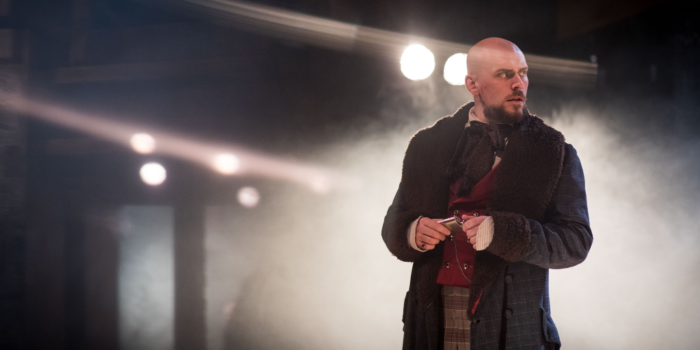