During our Christmas trip to Leicester, we were lucky enough to be able to see Scrooge the Musical at Curve. Directed by Curve Artistic Director Nikolai Foster, the show is a musical romp through Charles Dickens’ famous tale A Christmas Carol, a story about Ebenezer Scrooge and his redemption one Christmas Eve. It really is very good. 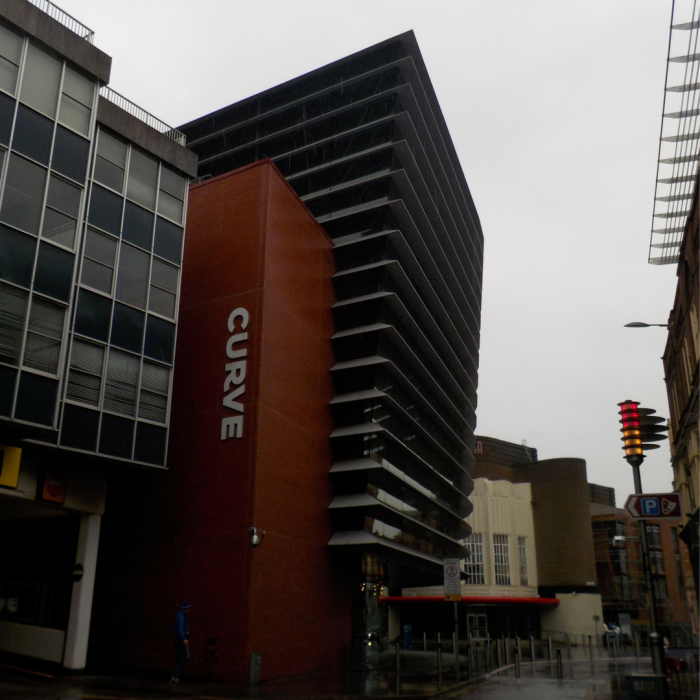 Curve is a pretty cool place – a purpose-built modern theatre close to Leicester city centre. Lots of leg room and comfy seats. It looked to be a good view from wherever you were sitting. They have a huge range of shows happening right now and through 2018. If you’re not sure if you’ve found the right place, then look out for the building with Curve written on it that curves around the corner of Rutland Street. 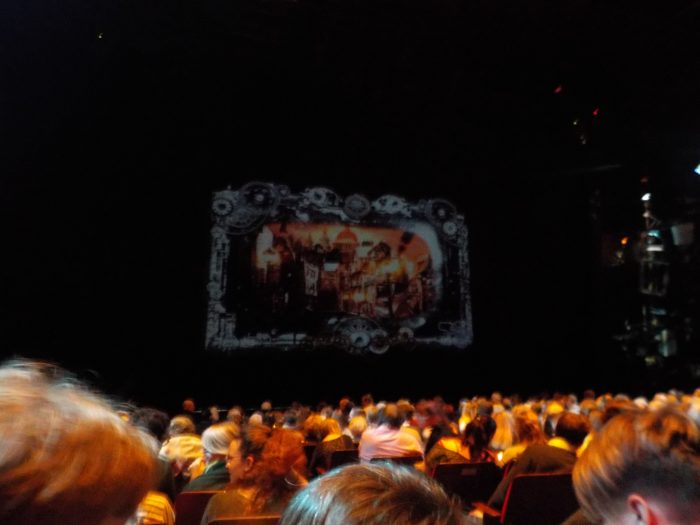 There have been many productions and versions of A Christmas Carol over the years – our particular favourite is A Muppet Christmas Carol of course, although Scrooged starring Bill Murray comes a close second. This Curve take on the classic tale is a musical and is Sweeney Todd crossed with Hairspray with some Les Mis thrown in.

Scrooge the Musical is 2 hours and 30 minutes including the interval and features a cast of around 30 people, including plenty of children. There are some quite dark, almost scary scenes (as you would expect if you know the story well enough), and the odd pyrotechnic. I wouldn’t take my younger children to see it but my teen loved it and now wants to be a musical actor. I’m sure she’d be fab!

It has wonderful characters, uplifting songs, and the acting is superb. On the night we saw it, the usual Scrooge actor was sick and the guy who usually plays Fezziwig played Scrooge instead. If it wasn’t for the fact that he’d taken some of the script on stage with him, just to be sure, you would never have known. Everyone was amazing, and we’d especially like to commend Darren Bennett on stepping into the title character’s shoes and keeping the curtain up. Whoever did Fezziwig in his absence was brilliant too. In fact, they all were.

We absolutely loved Scrooge the Musical. If you’re looking for a fun show that is suitable for a whole host of ages, then this is great.

Here are some press shots from the show, credit to Pamela Raith 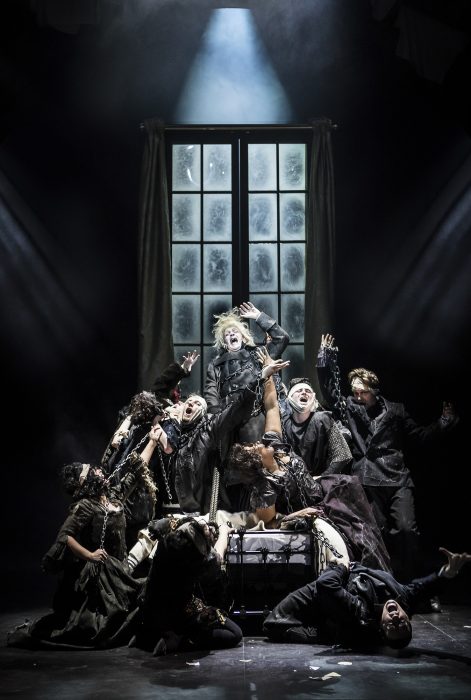 The ghost of Marley was played by a lady – Karen Mann. She was more goth than scary and was accompanied by a chain-wielding gang of ghouls. Her appearance was a little un-nerving but Marley was actually a very lovable character and could belt out a good tune. The arrival of the Ghost of Christmas Yet to Come was the scariest one though. I won’t spoil it! 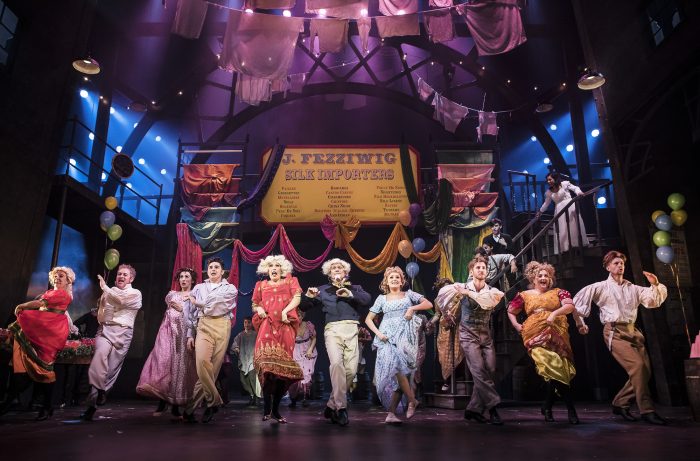 Fezziwig’s party visited by Scrooge and the ghost of Christmas past was a colourful bash. Great work by a large ensemble. 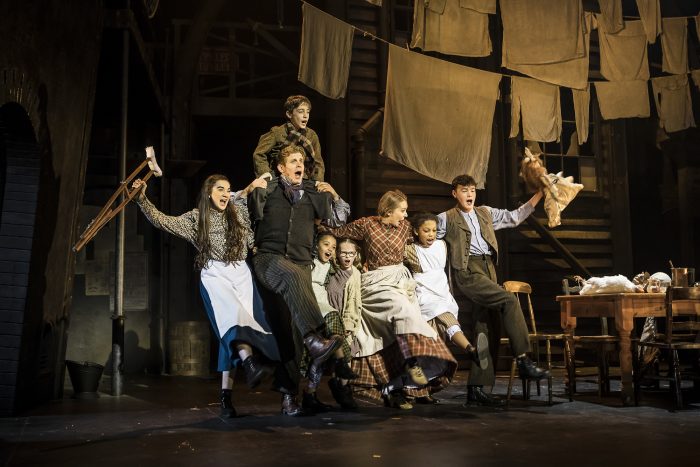 The Cratchit family were very good. Led by Joe Maxwell as Bob and Lara Denning as the Mrs.

Overall, Scrooge the Musical is a wonderful show. Fantastically produced and presented, and is a great alternative for a Christmas show if you’re not (or even if you are) a fan of panto. It is running until the 7th of January

Disclosure – we were guests of Visit Leicester 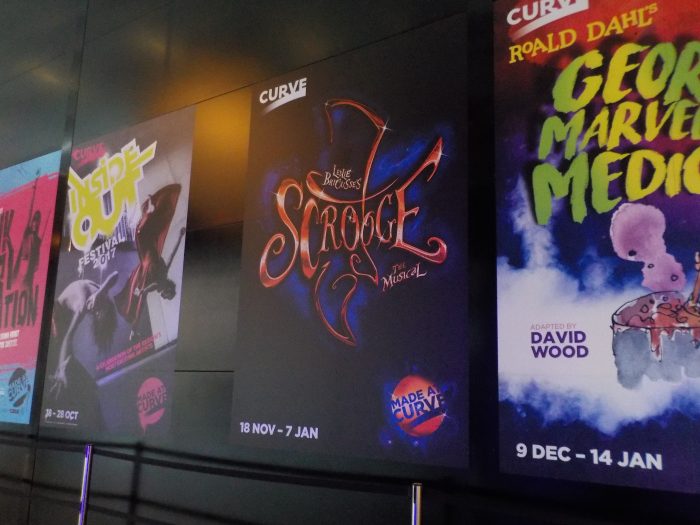