This is a guest post about the Wychwood Festival from Sarah. Sarah is mum to to two big boys and a growing girl. She works at home, runs half marathons, tries to avoid housework and blogs at MumofThree World.

The Wychwood Festival is a three-day festival held at Cheltenham Racecourse on the last weekend of May half-term (you know, the one without the Bank Holiday in it!). It celebrated its 10th anniversary this year. It tends to feature biggish bands from yesteryear, mixed in with up-and-coming local talent. Topping the bill this year were The Stranglers, The Boomtown Rats and my own very favourite band of all time, The Levellers. 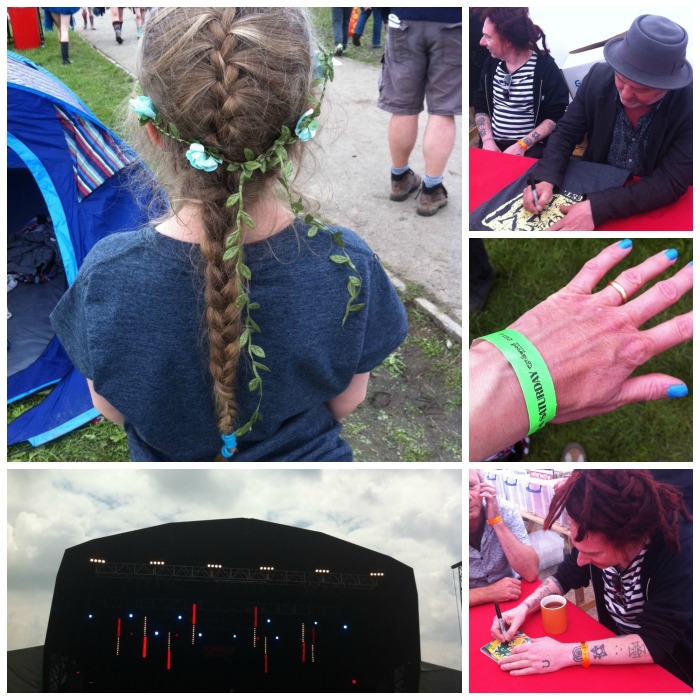 My short-lived festival-going career ended nearly half a life ago. But once I’d heard The Levellers were playing Wychwood, I knew we had to go. We just did the one day – we’re not quite brave enough to camp yet. As well as my husband and I and our two boys, aged 12 and 10, and my 8 year old daughter, we went along with my 60-something parents and my sister and brother-in-law and my 17 month old niece. With our mixed-bag of family, I really hoped Wychwood would live up to its family-friendly reputation.

Back when I went to festivals, they weren’t family friendly, or maybe the festivals I went to still aren’t, who knows? But I couldn’t believe just how family-friendly Wychwood was. It really was all about the kids. Pretty much everyone there had children with them. There were activities for toddlers and things to keep the bigger kids entertained too. There were bubbles, balloons, crafts and even a Little Tikes play area. It was so family-friendly that Justin Fletcher was first on the main stage! Needless to say, the boys were typical big boys and complained about how irritating he was.

The parking for Wychwood is great. Cheltenham Racecourse is used to dealing with BIG events. Wychwood Festival is a fraction of the size of Gold Cup day, so there is easily enough parking to go around – and you can get to and from your car in a few minutes if you don’t want to carry everything with you.

We set up our picnic blankets and pop-up tent just away from the main stage, where it was a lot less crowded and a lot less muddy. The kids kept disappearing to look at the various stalls. At first I kept trying to find them, then I gave up. I realised the site was pretty small, they weren’t far away and they were safe. I was amazed to see there was just as much hippy clothing on sale as there had been in the 90s. Who still wears this stuff?! There were lots of 21st century stalls too, including one where you could relax in a hot-tub. Why?! (Would you want to share a hot tub with someone who was camping and hadn’t showered for three days?)

The Levellers were doing a signing in the afternoon and my eldest was determined to be first in line. He made us get there half an hour early, but at least we were first in line! He got his CD signed, and my daughter bought herself a Tshirt and got that signed. We also had a photo taken with them (by my dad, who isn’t used to cameras on phones).

I was surprised that we didn’t bother much with the music. The kids were just happy running around, so we didn’t disturb them by dragging them to watch too many bands. But my husband wanted to see Bad Manners in the afternoon, so we did. My younger son had found both his best friend and another boy from his class, so they were very happy together dancing in the mud. I’ll be honest, Bad Manners are slightly before my time (and I can’t say that about many bands), but I knew a lot of their songs. It was a really good show. Also on the main stage were Newton Falconer and Reef (bit too noisy if you ask me, I’m so old!).

Then it was off to find food! There was a good selection of festival food – all freshly cooked and good quality and lots of vegetarian! Pretty much everything seemed to be about £6 a portion, which seemed like reasonable value. I went for noodles for lunch and chilli at teatime. My younger son had bacon sandwiches for both meals and the other two went for pizzas. There were no restrictions on taking your own soft drinks in and you could refill water bottles on site (although my boys preferred to use the taps to fill water balloons). The toilets were pretty good too. There was a lot of the posher sort of toilet, as well as the standard cubicles and the queues were short.

After tea, the boys and their friends started playing with a giant balloon. I’m not sure where the balloon came from. Gradually more balloons, and more kids, appeared, until all you could see was balloons and kids. This kept them happy right until The Levellers. 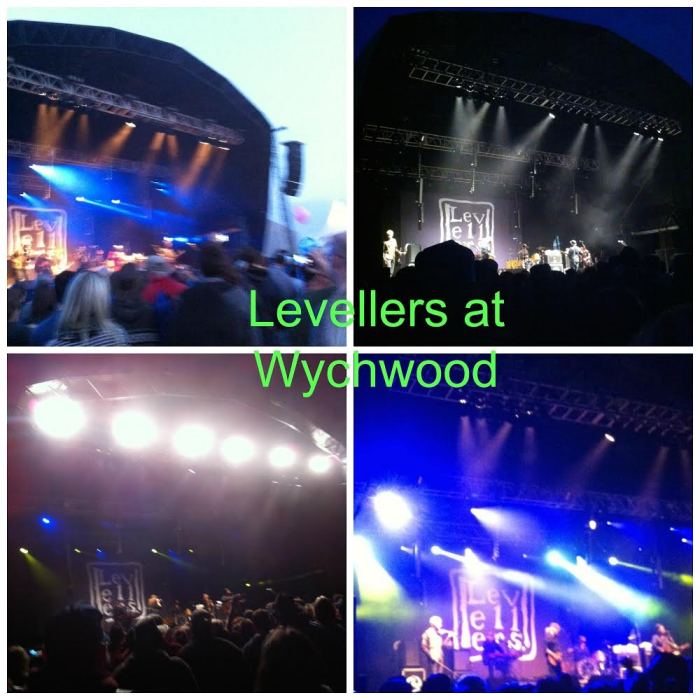 Needless to say, The Levellers were fantastic. There was plenty of room to dance in the mud and they played my favourite song, which they never usually play. Win! Then it was time to go home, sadly we didn’t have the staying power for the headphone disco until 3am. Maybe next time!

We had a fantastic time at the Wychwood Festival and will definitely go back next year.

An adult ticket for this year’s festival was £55 for the day, with children’s tickets a lot cheaper. There’s early bird prices for camping too. For more information on The Wychwood Festival please visit their website at http://www.wychwoodfestival.com/