This is one of those days out which needs to be filed under “the stuff we do for our kids”. For many, this day out would be painful, and no fun at all. For others, this day out is heaven. It is a testament to the event that, one week on, my ten-year old is still talking about it.

Last week, on a very rainy and windy Sunday, we traveled the two hours (plus) to Tynemouth, north of Newcastle-upon-Tyne for the second day of the first ever Nethermined convention, an unofficial Minecraft event designed by parents, and set to be a family-friendly weekend of Minecraft chat and fun. It sure delivered, and although we were all worn out by the end of the day, my ten-year old said it was “the best day ever” and she truly meant it.

Nethermined was held at The Park Hotel in Tynemouth, a great venue for a convention with some fantastic views over the North Sea. Sadly, we could barely see the sea for rain and fog on the day we visited, but it really is a beautiful place. The hotel itself could have been more up to date, but it had everything a convention over-run with Minecraft-loving children needed. We managed to get parked a short walk away for a charge of £7 for five hours.

Check in was easy. The crowds which were there from before the doors opened at 10am had subsided before we arrived at around 11am. We had received our tickets through Eventbrite prior to the event, and the check-in team were well-versed, this being the second day. The event had actually sold out a couple of weeks before, and there were no tickets on the door. It was very popular.

It was busy inside, but not savage, it being a family event. The children were aged from around 5 to 15, with a smattering of younger siblings, and bewildered parents. There were a few Minecraft activities, such as (very basic) arts and crafts, Lego building, live gaming, and some stalls to buy sci-fi and retro gaming merchandise.

The main draw were the VIP guests – Nethermined had a great range of famous (to my ten-year old anyway) Minecraft YouTubers, who did signings, and live Q&A sessions throughout the day. 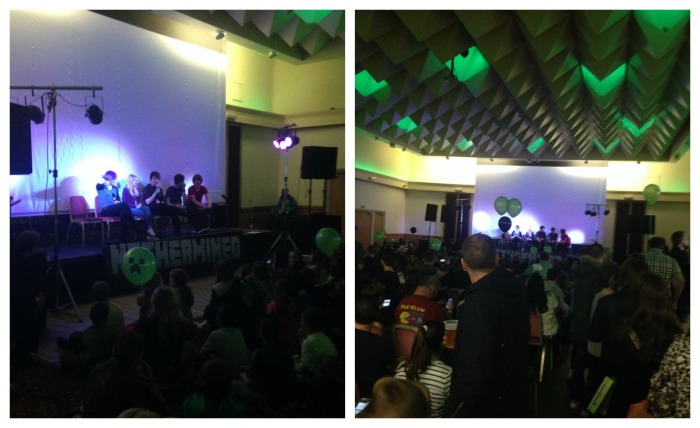 The day was a lot of waiting around. The queue to meet the YouTubers was at least an hour long, more during the peak times, which seemed to be between 11am and 1pm. The queue for food was about five minutes when we bought our lunch just before 12noon, but seemed to grow exponentially not long after. There were lots of people picnicking, which was sensible I think. The food was ok really. Not that cheap, but then it never is at this sort of thing. Hot and fresh, even if we had to eat it sat on the floor.

We watched another Q&A session, and then went to join the queue for the signings. At break time, we still hadn’t reached the front, so one of the organisers gave us a numbered ticket and told us to come back at 2pm.

We had a little snack and drink and watched The Orion Sound, a band formed by some of the YouTubers. They were pretty good. 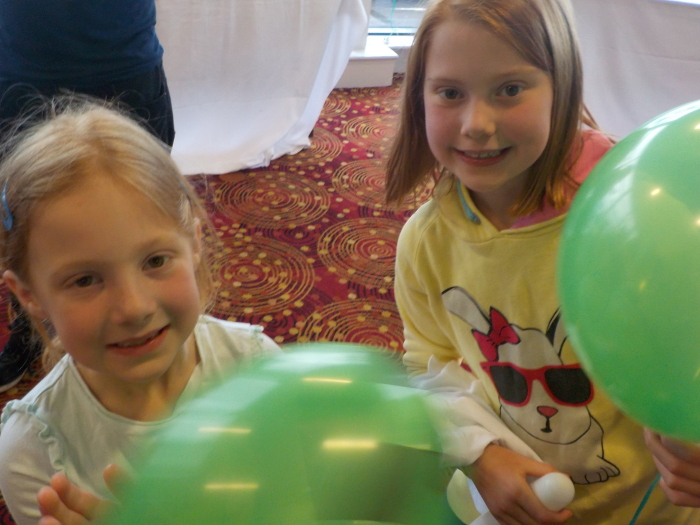 At 2pm we joined the queue again, and were put right near the front because we had a ticket from earlier. It took a while to get everyone in some sort of reasonable order. The organisers took pains to make sure that no-one lost out, and tried to be fair to as many people as possible. For a first time event, I think they did amazingly well. The sentiment was there, even if the lack of large-scale event-management experience occasionally showed. Most people seemed happy enough.

Once we were in the queue, we met all the YouTubers in order, and only had to queue again for a very short time, to meet some others – they were in two sections. We met around 16 lovely young people, most of which my ten-year old seemed to know, even if I didn’t. She was very excited to meet Netty who is Stampylongnose’s little sister (who knew?), who had waved to her in the queue. Thanks, Netty! I had one very happy girl from then on. My ten-year old loved meeting the female YouTubers especially, and there were nearly as many as them as male, which shows the universal appeal of Minecraft. 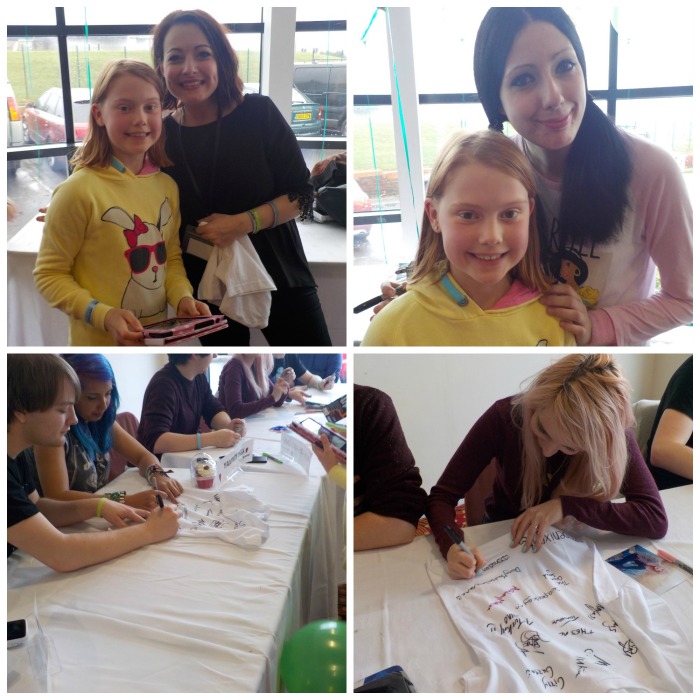 The VIP guests were very friendly and approachable and were happy to sign anything that was pushed their way, including Minecraft swords, game boxes, and, in our case, a white T-shirt we had purchased for £3 on the way in. This was fab to find as I hadn’t had time last week to shop for an autograph book. The T-shirt is now hanging on my ten-year old’s wall and she’s angling for a frame.

That was about it really. There wasn’t lots there, YouTubers being both the biggest draw and most time-consuming activity. The event had been sold as a family-friendly alternative to having to trek down to London to meet some of our little people’s Minecrafting heros, and on that note, it was perfect.

At £18 a ticket it could be critisiced as being expensive, but in hindsight, I don’t think it was at all. Once you were in, you paid for……food and drink (but you could take your own picnic), anything you wanted from the stalls (optional), raffle tickets (in aid of a local children’s charity, and again, optional).

You weren’t charged for any autographs from the VIPs, unlike similar conventions I have attended in the past. I thought for this reason alone, it was excellent value.

So, 16 autographs later, a couple of purchases from the retro sci-fi stall (may or may not have been for me), and a win or two on the raffle, and we were done. One very knackered Mum, and one very happy ten-year old.

The things we do for our kids, eh?

Please watch our video of our day at Nethermined 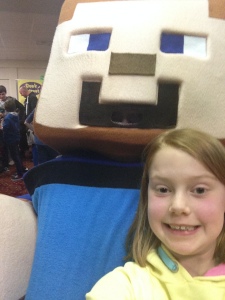