This weekend we spent a couple of nights at Park Resort’s Skipsea Sands in East Yorkshire. Here is our postcard. 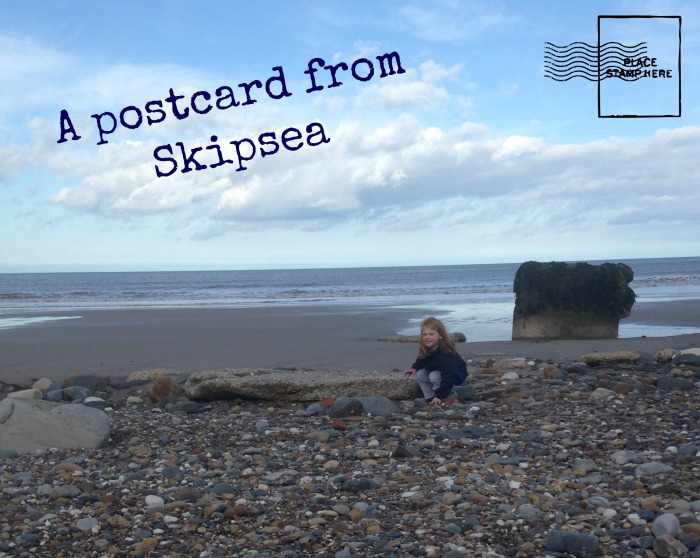 Wish you were here. No seriously I do. Then perhaps I could use you as an umbrella.

Friday evening started with a lot of rain, and a lot of wind. Our caravan at Skipsea Sands is nice enough, with a room for Grandma and Grandad, and two twin rooms for the girls. I’m on the sofa, which is normal. 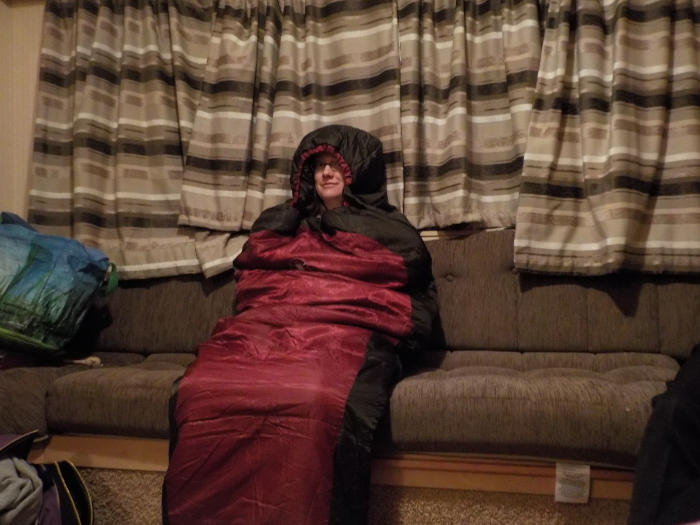 On Saturday, we woke up to bird song, specifically the ducks quacking on the temporary pond over the road. They kept the girls entertained for a while but then we needed to find something to do.

We decided to go swimming at the site’s indoor pool. It was enjoyable but not very exciting for children. The problem was that lots of others had had the same idea, but the staff were good at organising the sessions so it didn’t get too crowded.

Lunch back at the caravan and we decided to go bowling. With wet weather and only four bowling lanes (one of which was out of order), the wait was quite long. It was pretty good value so this isn’t surprising, but we didn’t want to wait. We went to the amusements instead and spent far too many 2p coins trying to win stuff we didn’t need anyway.

We abandoned the park and drove three minutes up the road to Mr Moo’s Ice Cream Parlour and farm. We all had a very lovely ice-cream each, and then went to say hello to the cows. 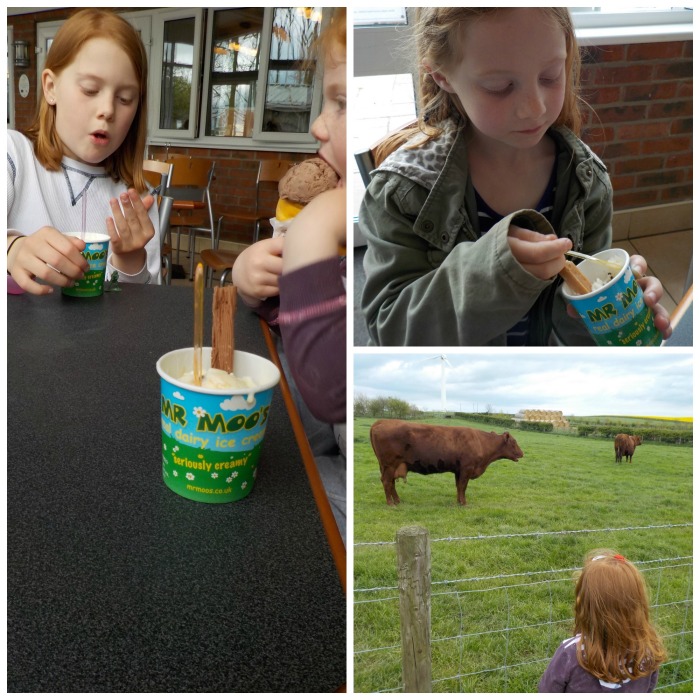 Then we spotted a walk to the nearby beach – there is no beach access from Skipsea Sands despite the name – so we headed off. The walk took about 20 minutes each way, and although it was pram-friendly most of the way, it was dodgy in places, especially at the end where you have to scramble down to the beach. 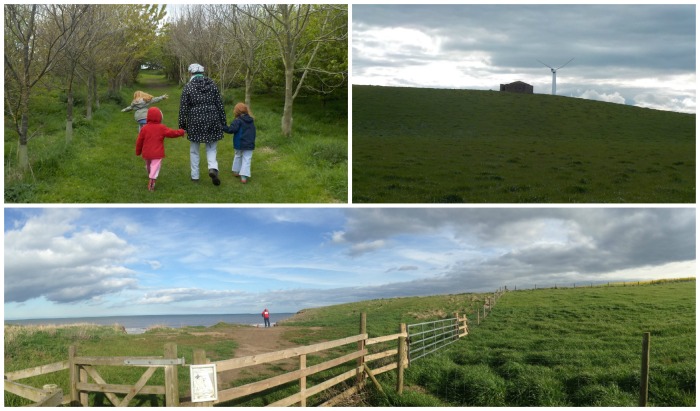 We spent some time looking for interesting stones, breaking some up on the rocks hoping to discover a fossil. 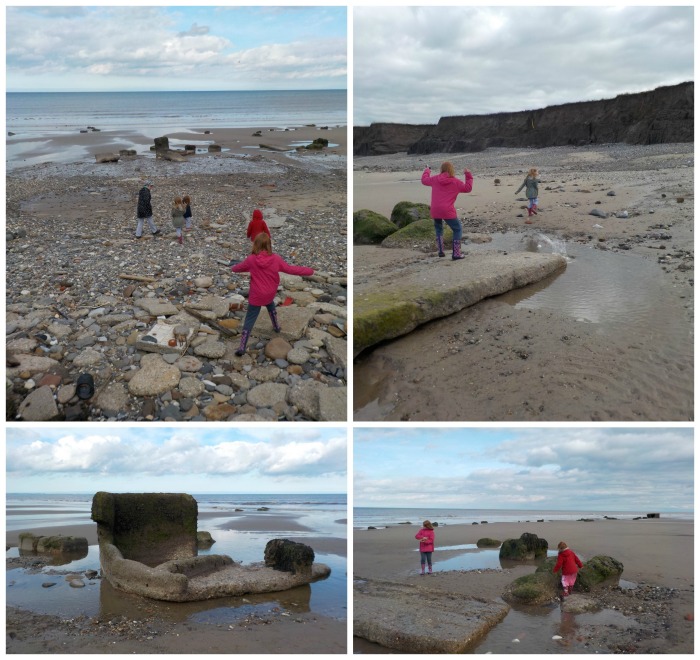 Tea in the caravan, and then off to the clubhouse for a spot of disco dancing and bingo. The Teamstars kept the girls entertained well enough, but the characters are a bit lacking – the ‘Meet n greet’ with Pipsqueak Mouse on the Sunday was over in about three minutes, although the lady did bring her out again for our girls on request. The twins kept asking for Rory the Tiger like at Haven, but we were happy enough.

Sunday was a bit drier so we were able to try out two adventure playgrounds which we had found – the one near the touring field is the best – and then went swimming before lunch. It was a bit quieter with the weather being nicer. The seven-year old stayed in afterwards for a Water Walker session, which we had pre-booked for £4 per person (aged 5+)

After lunch, we fed the ducks in the shrinking duck pond, and then went off to the amusement arcade to cash in our numerous prize tokens.

As we had school on Monday, we headed back home before tea on Sunday. We had the caravan until Monday – such a shame we couldn’t stay longer. We were really enjoying ourselves.

We had booked the holiday through The Sun £9.50 holiday offer, and for seven people, including linen, utility charges, and optional entertainment passes was around £120.00 for the weekend. Not too shabby. More to spend on ice-cream and 2p machines!

Skipsea Sands was ok. Not as big or noisy as nearby Haven sites, though not as much to do. I was disappointed that you had to pay extra for soft play (£2.50 each I think is extortionate for a small play frame), and the pool wasn’t very well-equipped for children, though it was very clean. The daytime entertainment was poor but we’re not in high season yet. There wasn’t much to do when it rained apart from swimming, limited ten-pin bowling, and amusements, but it’s a good base for exploring the Yorkshire coast.

Wish you were here. Just send me some ice-cream.