During our epic trip around the UK over Easter, we spent a day with my Dad in Oxford. Having lived in and around Oxford for most of my life, I love going back with my children to visit.
It was a rainy Tuesday afternoon when we arrived and my Dad suggested a visit to the Oxford University Museum of Natural History, and the Pitt Rivers Museum next door which are about ten minutes from his house. He thought our son would love to see the dinosaurs in the Natural History section. Even though we had been to the Natural History Museum the day before, the boy was very excited about another trip to a museum. 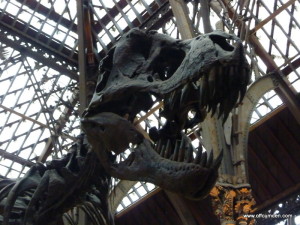 I think that the dinosaurs here are actually better than the ones in London’s Natural History Museum. 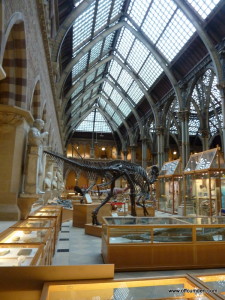 The museum is small and features many animal skeletons. It’s amazing to look at what is under an animal’s skin! 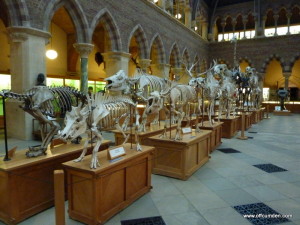 The boy enjoyed looking at the human skulls!
In the Pitt Rivers museum there are real shrunken human heads (we steered him away from those)! In fact, he had a whale of a time showing his Grandad what was in every single display cabinet. 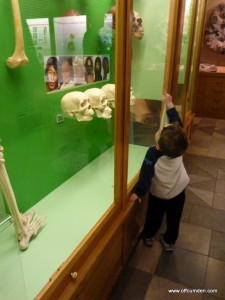 It’s a small museum. We were only there for an hour but you could easily spend a whole day in there. Unfortunately we arrived just as they were packing away the children’s activities but it looked as though it had been a lot of fun! 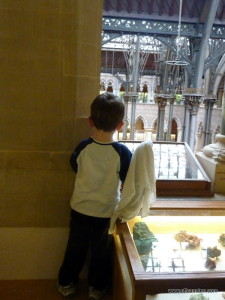 The boys (my Dad, husband and son) all got told off for running upstairs. My Dad thought it was very funny – he hadn’t been told off in many years!
This is a lovely museum and I highly recommend it. It is great for children (although you could probably see more if you were alone) and you can easily waste a few hours on a rainy afternoon. 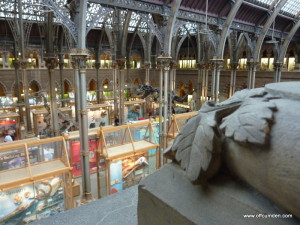 You can find out more about the museum by visiting their websites http://www.prm.ox.ac.uk/ and http://www.oum.ox.ac.uk/
Siân is a 30 year old mum of two children under four. She is a full-time university student, studying philosophy, politics and economics. She writes a blog called ‘You’re not from round here‘ in her spare time!