After the success of last year’s Christmas production Cinderella, the team of Mike Kenny and Mark Babych are back at Hull Truck Theatre. This time it’s the story of Sleeping Beauty. 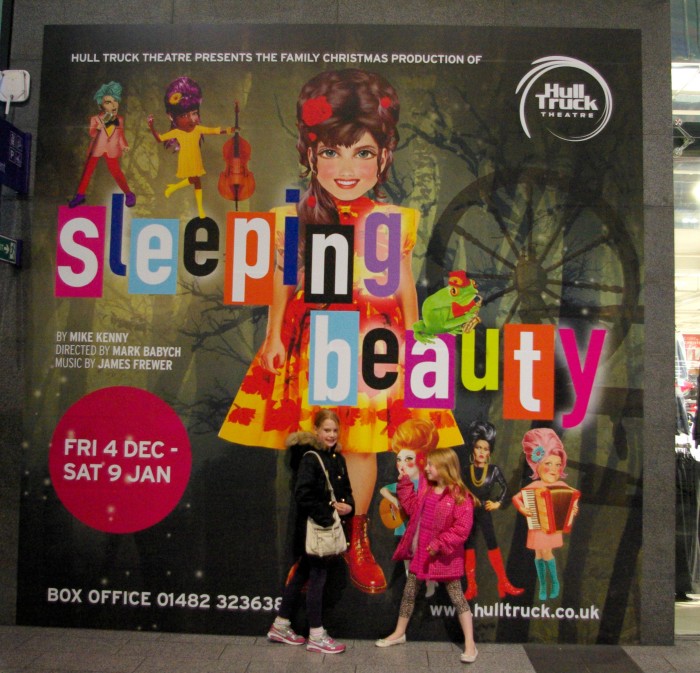 This is not like a traditional Panto. The story is told by six musical Nannas who love a bit of yarn, supported by a small pyjamaed chorus. The Nannas tell the story of a little baby, starting with the birth of a new princess, a grumpy Nanna, a curse, and the fight to make a happy ending.

This is a very interactive performance. You will have to get up and dance, and you will clap along. The cast come into the audience before, and during the performance to say hello and to get some fodder for the play.

The set is bright and funky and there is not a pastel Princess dress in sight. Everything is yarn-bombed, even the essential briar hedges that prove a challenge to the rather unconventional but nonetheless charming prince. 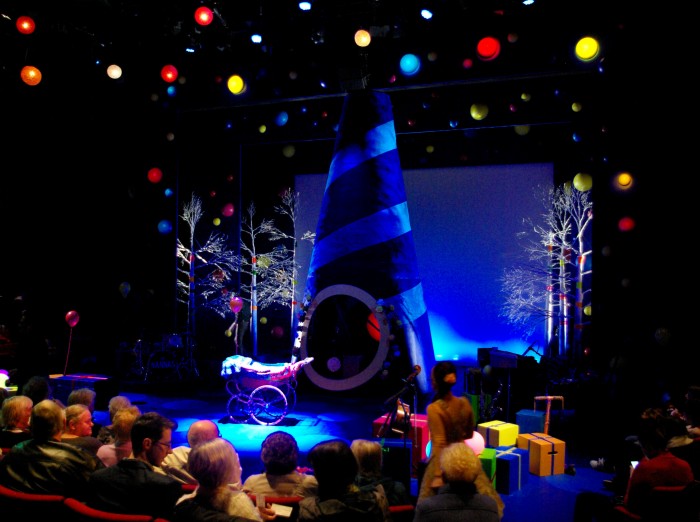 The songs are catchy, the performances energetic and very polished, and the music is provided onstage by the multi-talented Nannas.   The girls thought it was great fun that four out of the six Nannas were men, even though they had names like Nanna Sandra and Nanna Dorothy, but then it’s not like men don’t dress as women at Christmas time in the name of theatrical entertainment.

Overall, we enjoyed the Christmas show very much. 11yo gave it a 10/10. The 8yo liked the jokes about bums and pigeon poo. Typical. I think some of the jokes and concept would not be appreciated by very young children. For my 8yo and 11yo it was perfect, and ideal for adults too.

The show is edgy and different without being inappropriate at all. At the end, there is a tongue-in-cheek discussion about the appropriateness of an unknown prince kissing a girl while she is asleep, which is fantastic, and when the Princess wakes up she defers marrying her prince until she’s been off, done some travelling, and seen the world. Huzzah! That’s my kind of princess.

Well recommended for KS2 and above and their families, though younger children would enjoy the visuals and the songs.