This year we again spent the few days between Christmas and the New Year at Butlin’s Skegness. This was our fourth year in a row here and it’s becoming a bit of a Christmas tradition. Why go stir crazy and eat your body weight in chocolate at home when you can do it in a Butlin’s apartment with entertainment thrown in? 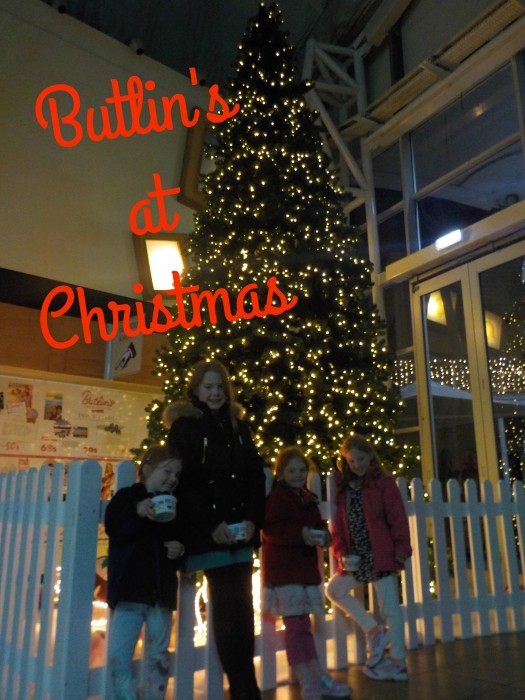 Again, we squeezed a few things into the four days, but these were our favourites.

This is the Butlin’s panto and is put on with the Redcoats and resident entertainment team. It was a real step up from last year’s already good offering, and good use was made of special effects. Mildly inappropriate in places as expected from a panto, and very very popular. Expect to queue early or sit at the back. You don’t need to book. In Centre Stage in the Skyline Pavilion.

We went here twice during our break. It’s not very big and the rides aren’t very exciting but there’s something to suit all my children and family rides too, like the dodgems and the popular carousel. We didn’t queue very much for anything. There are some things to pay for, like the bungee trampolines, but most things are free. 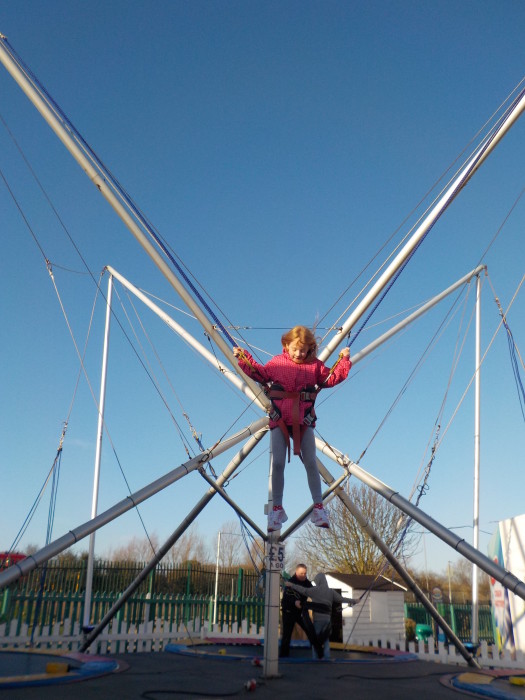 A new thing for us was the silent cinema. We went to see Frozen in the Skyline Pavilion and the sound was through headphones. The girls loved the novelty of this and enjoyed watching the movie, even if it was for the 3,128th time. The pavilion still had Christmas songs playing away which was a bit annoying but it gave us chance to sit and eat some snacks while being entertained. Makes a change from the usual biscuits in front of Disney Jr. 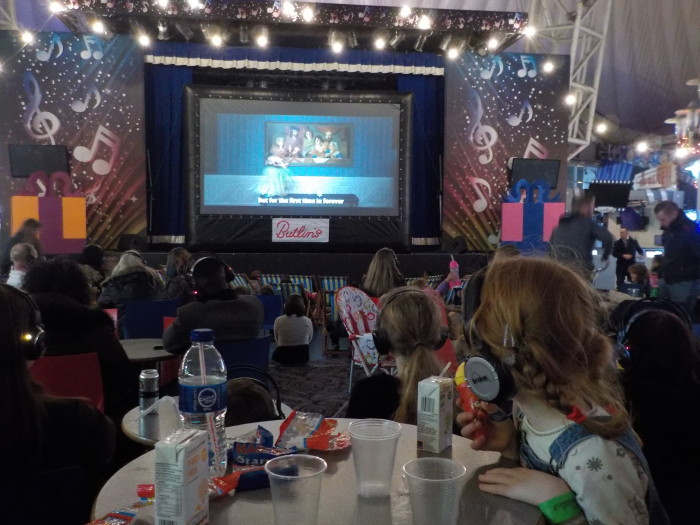 The Magic of Christmas

Another Centre Stage production was the Magic of Christmas. This was a live performance of Christmas tunes featuring our beloved Skyline Gang, Billy Bear, and lots of talented Redcoats. If we weren’t feeling Christmassy before, we were afterwards. Again, this is popular but we managed to get a seat quite near the front this time. Recommended for all ages. No need to book. 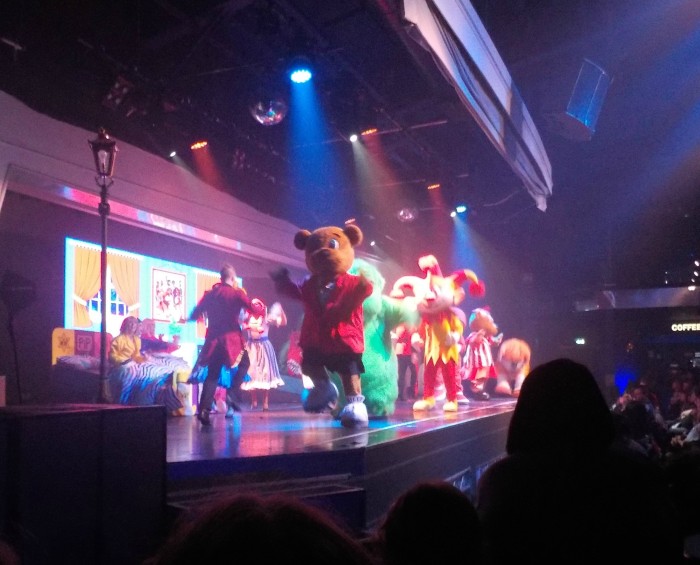 A trip to Butlin’s isn’t complete without a morning in Splash Waterworld. This year, we left it until departure day to go. Based on previous years’ experience, we knew it would be quieter and there would be less of a bunfight for lockers and changing rooms. We were right and glad we had left it until the last day. The queues for the slides were short, and there was plenty of room for splashing about. We love the yellow family tube slide, and the kids’ splash pool with mini chutes. Again, all free and you even get the £1 back for the locker. We love Splash Waterworld which has been a staple of our Butlin’s holidays since I was a tween.

We were disappointed this year with the indoor ice-skating. This has been very good in previous years but this year, the ice was very odd and didn’t allow for any sort of skating at all. My usually very confident little skaters didn’t enjoy very much. I really hope they can sort this out for next year as it’s such a popular attraction.

I wasn’t at all disappointed with the spa, but that’s another story (which you can read here)!

Check out our video to see the ice-skating and a selection of what we did at the funfair.

I hope you had a very merry Christmas and we wish you a happy 2016!