The last day of our Lake District holiday was a bit fraught as I’d mistakenly thought that check-out time was 11am when it was in fact 10am. Oops. While the girls were off out of the way swimming with Dad, I was frantically packing us all back into our car, and preparing a picnic for our stopover point of White Scar Caves, which is near Ingleton and on our way back to our Yorkshire home. 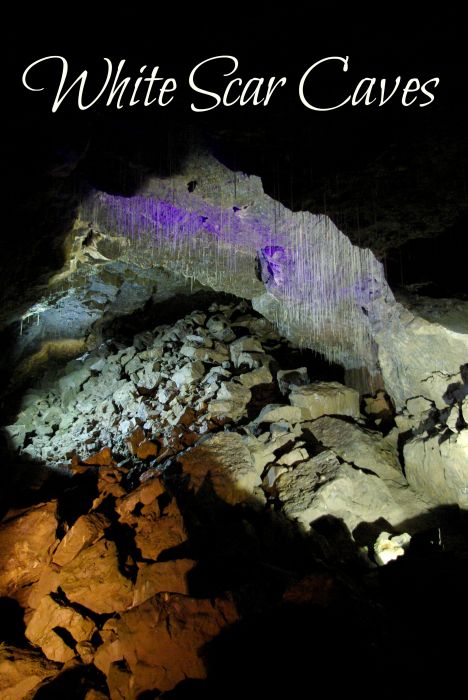 At the end of term, I’d found a pack of vouchers in the girls’ book bags, one of which was for White Scar Caves. It’s years since I’ve been down a cave, and I wanted to go again. The girls didn’t seem as keen, but I wanted to go, so we went. The voucher was for one free adult for any other two paying patrons (children included). I found another pack of vouchers in one of the other book bags, and that allowed us to only have to pay for four children, which was cheaper than a regular family ticket. Win!

White Scar Caves work on a guided tour basis. The tours set off at intervals throughout the day. We arrived about ten minutes before the next tour, but I’m not sure there is a set timetable as such. You may have to wait a little before your tour, especially during the off-peak season.

We collected our hard hats (compulsory) and waited for our guide. Our tour group numbered around 20 people. 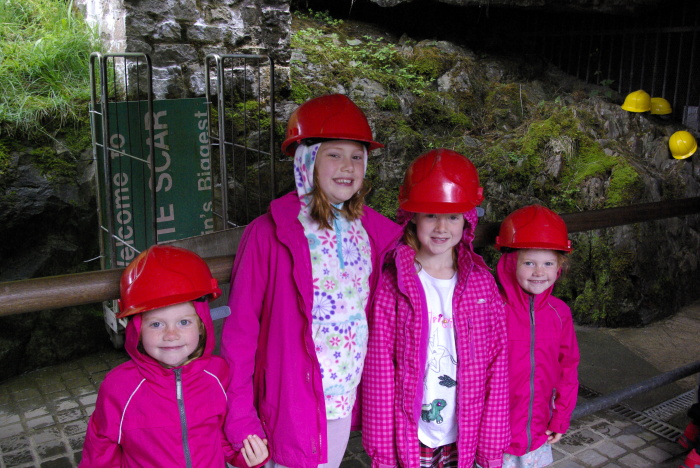 The tour was a mile long, and went through sometimes low, narrow passageways, over underground streams, and under the odd waterfall. The ground can be damp in parts, and the majority of the walk is on metal gridwork, so flat shoes are essential. A jumper and waterproof is a good idea too as they caves are a consistently cool 8 degrees, no matter what the weather outside.

The caves though dark (naturally) are well lit with electrical lights, and the safety looks good. The guide tells us that only a few days before, during a period of heavy rain, the caves had flooded to the top. Luckily the managers know exactly when flooding will occur and are able to open and close accordingly.

The tour took us past a mock-up of how the caves were first discovered back in 1923. Our guide showed us the interesting points within the caves, such as the odd-shaped stalagtites and stalagmites which had been given names over the years. 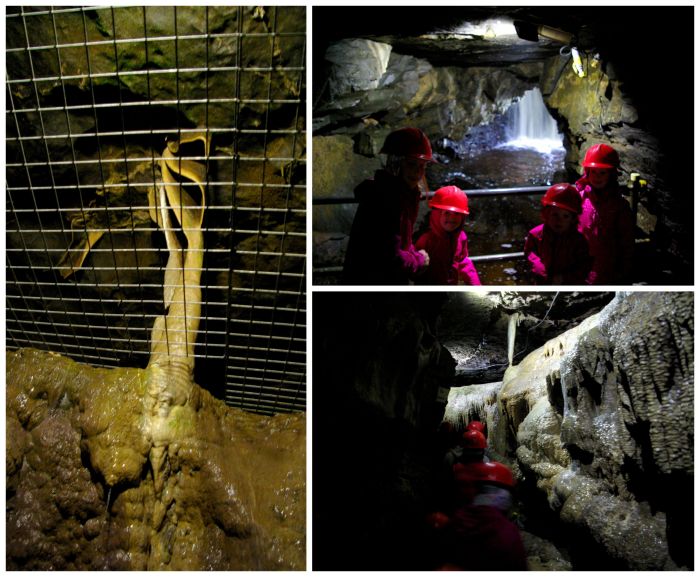 The end of the tour was the large cavern at the end. It really was huge, with lots of interesting features. Our favourites were the stalagtites which glowed under UV light. The tour guide turned off the main lights so we could see. 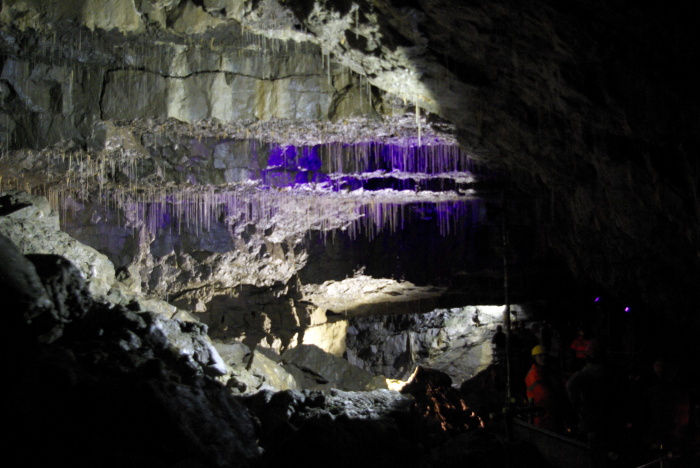 Then we made our way back up the way we came. The tour lasted 80 minutes in total.

You need to have a degree of physical fitness. There are lots of steps to climb, and in places you will need to be able to walk bent over as the cave roof is low. It is not suitable for wheelchairs, prams or very small children who need to be carried. This is more suited to more adventurous older children, and adults. The toilets and cafe are at the cave entrance. Obviously, there are none once you’re on the tour.

It was quite busy the day we visited and we passed a few other tour groups on the way in and out.

I really enjoyed our trip underground. I’m not sure the children knew what to make of it but I think they have a little more knowledge of the world around them.