You’ve read all about our separate day trips in the Lake District but now I want to tell you a bit more about our actual holiday.

I’ve been wanting to take the children to the Lake District for a while but they’ve been too small I think. There’s a lot to do but not a great deal for very young children, and I wanted to enjoy my holiday without worrying about keeping them all entertained too much.

We stayed at Whitbarrow Village, a Seasons resort near Penrith on the northern edge of the Lake District. We chose here because we could book through HomeAway.co.uk, the sponsor of the prize when I won last year’s MAD Best Family Travel Blog.

We stayed in a very nice, modern three-bedroomed house. This one. It was at the end of the block, close to the main car park but the furthest away from the main entertainment complex (if you can call it that), so probably as quiet as it’s going to get. The owners were lovely, and the cottage perfect for us. It was very well-equipped, and a bit more luxurious than our usual holiday accommodation. We were very pleased with it. 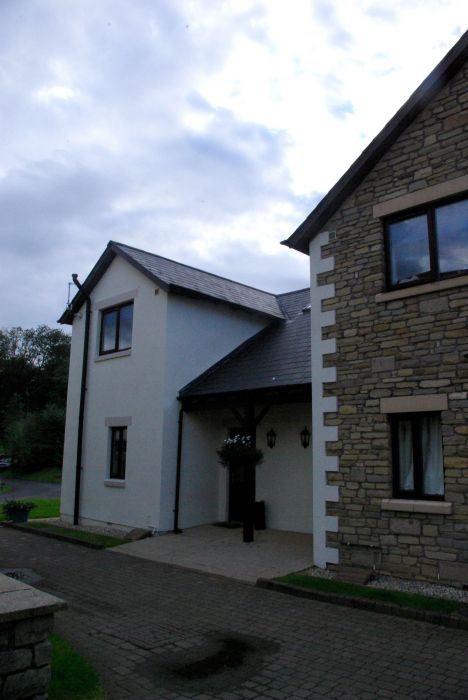 The cottage was ‘upside down’. It had a boot lobby, a master bedroom with ensuite, two twin rooms, and a large bathroom downstairs. Upstairs was an open-plan living / dining room / kitchen, with a balcony to catch the evening sun.

The resort is a short drive off the A66, halfway between the towns of Penrith and Keswick. It has a small but very clean pool with sauna, steam room, and a jacuzzi with a view. There is a gym, a games room, a bar with nightly entertainment (which was mostly a singer and some bingo), a crazy golf course, a giant chessboard, a putting green, and a kids playground. We tried out pretty much everything, and it all passed!

The pool especially was lovely – a real step up from our usual haunts of Butlins and Haven. Very clean, loads of lockers, sun loungers, showers that worked, and even a swimming cossie spinner. The pool was open from 8am to 9pm, with the 8am-9am and 8pm-9pm sessions being adult only. There is no lifeguard on duty so there are some regulations to abide by.

My only (minor) complaint really was that there was free WiFi in the main building but it was rubbish. One day it went down completely. I know we’re on holiday but I do need to check my emails at least once a day for anything important. The phone signal was too weak, so I was relying on the WiFi to work. Never mind. Good job nobody likes me anyway!

We spent quite a lot of time on the resort, and it was a very good base to go off exploring the Lake District, but you definitely need a car. We went swimming four times I think, and went to the bar/clubhouse five nights. We joined in the bingo, and the kids disco, and had a few games of table-tennis and pool. We taught the seven-year old to play chess with the help of the giant chessboard. 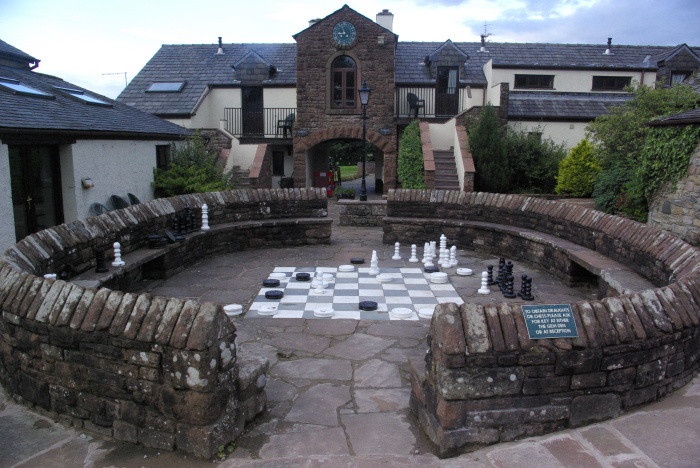 I’d arranged for a grocery delivery to get there as we did on the Saturday. I was a bit nervous as most supermarkets said they couldn’t deliver there. ASDA could, but we had problems finding the site ourselves so didn’t know how ASDA were going to get on. Luckily the driver was familiar with the resort and apart from not knowing our exact cottage number (he did really), and not being able to ring me because of the terrible phone signal, everything was perfect. Right on time, and we were on with cooking our first tea in our new temporary home.

After one of the most peaceful night’s sleep I’ve ever had, we were looking forward to starting our Lake District Adventure. 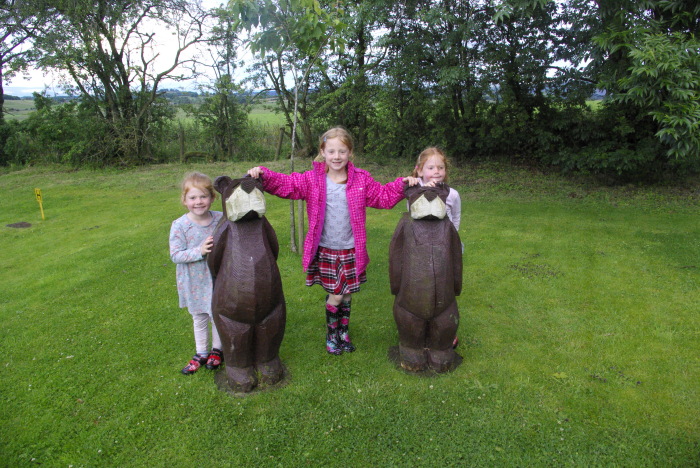 The first full day in our new home and we were keen to start exploring. We headed up to Bowness-on-Windermere. Read all about our day on Windermere Lake Cruises and the Lakes Aquarium. We had our tea in a pub on Bowness harbour. The food wasn’t great, the service even worse, but the views were quite nice.

With the girls keen to test out the swimming pool, and the weather not being fantastic (understatement) we headed for a swim in the resort’s very nice pool. Lunch was a picnic in the car in the car park of Keswick Climbing Wall, after which we had a lot of fun. Then a quick walk over to Castlerigg Stone Circle in the rain, just to say we’d seen it! It was a bit rainy and the girls didn’t like this one bit, but they did try (and fail) to stroke a sheep. The evening was spent in the clubhouse, the girls making some friends among the other holidaymakers. 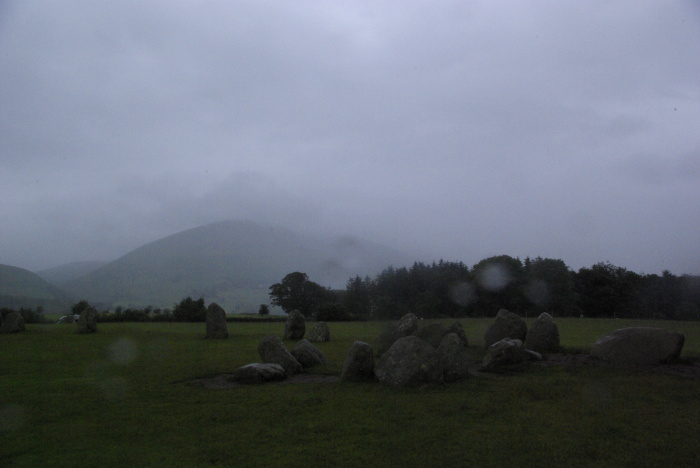 We drove down to South Lakes Safari Zoo and had a wonderful time. Again, the weather wasn’t brilliant but it didn’t spoil our day too much. Fingers crossed for better weather tomorrow. In the evening, I went for a swim on my own in the adult session. It made a nice change to be able to get across the length of a pool, albeit a short one, without a small person hanging from me.

I went to the free gym for an hour and had it all to myself. Wonderful! The girls went off to play crazy golf (free) with Dad and chase the resident ducks around. After lunch we headed off to Aira Force. Tea was a family pizza restaurant in Keswick, and our evening consisted of a heated game of giant chess, and some more bingo. 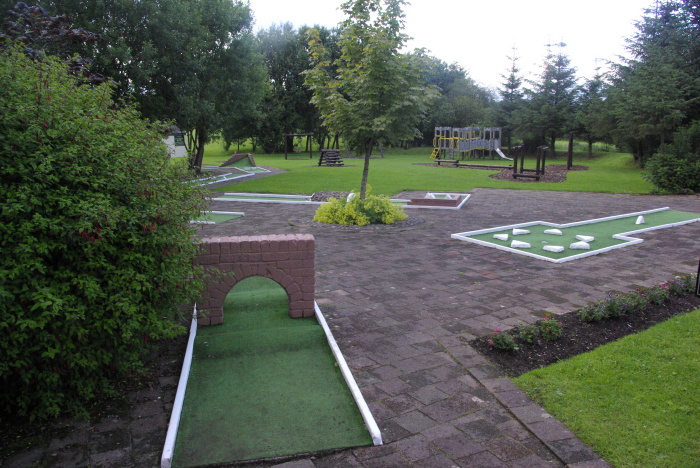 We hung around the site in the morning, going swimming once again. Lunch was at a nice pub in Keswick town centre, and the afternoon was spent at Whinlatter Forest, where we searched for the Gruffalo. Evening was more table-tennis, pool, and bingo. Still no wins for us!

The last full day of our holiday and we returned to Bowness-on-Windermere for another lake cruise and a trip around the Lakeland Motor Museum. We returned to Keswick in the afternoon for tea-time at another pub, where we found a little path to the riverside to do some stone skimming. Our last evening in the club was void of bingo wins. Gutted. 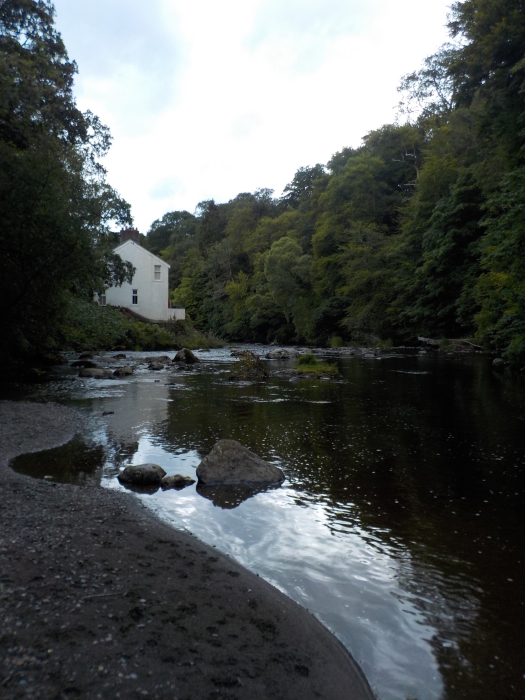 Dad takes the girls swimming while I get packed and cleaned up. Then we said goodbye to our little house and headed home, via White Scar Caves for a halfway(ish) picnic and mooch underground.

We really enjoyed our break away in the Lake District. Although it’s one of my favourite places, I feared that a whole week would be too much, but it wasn’t. We were sad to come home.

Here’s to the next trip! 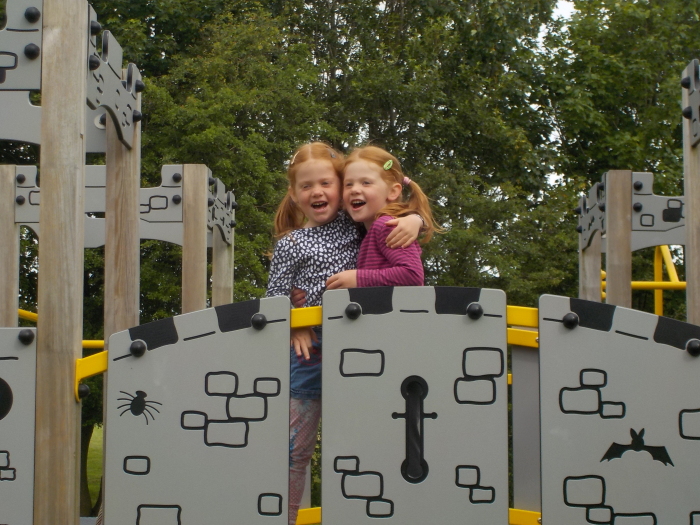