The USA is somewhere we’ve not visited as a family. I think part of the reason is the vast choice of places available to visit, which is creating that indecision about where we should go. There’s New York of course for a city break, or Las Vegas for the bright lights and fun, and Florida for the sunshine and theme parks. But that’s not all that the USA has to offer. There are 50 states in the US, each one different in landscape and culture, and each with their own sights to see.

What do you think of when someone talks about Utah? Is it somewhere you know much about? Do you have the urge to look up Utah vacation rentals already, or do you need to know more before deciding if it’s worth a visit?

Here are six reasons you should consider visiting Utah with your family.

One of five National Parks in Utah, the Arches National Park in eastern Utah is distinctive for its famous stone arch structures, which number over 2,000. With over 300 sq km of primarily desert landscape, there’s plenty to explore.

I recommend starting with the Delicate Arch Trail, which looks to be reasonably accessible,  and you can get right next to it with a 3-mile round and uphill walk. Check the website of the National Park Service to check for parking arrangements and opening restrictions. Please do take their advice and take plenty of water to drink and use sun protection – the heat in Utah can get very dangerous, particularly in the summer months. This is one for testing the character of our younger children but looks like it’s worth the climb. 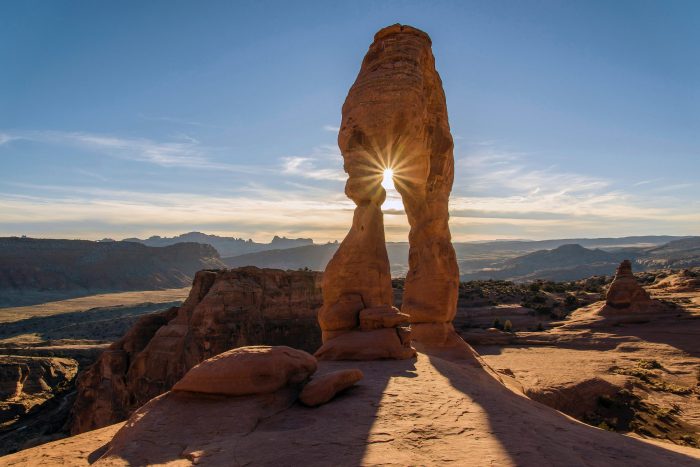 Utah’s capital has a population of 193,000 (about the same size as Aberdeen in the UK), and is home to the HQ of the Mormon church. The city was founded and built by members of The Church of Jesus Christ of Latter-Day Saints and has the temple at its origin. Salt Lake City is named after the salt lake next to which it was built.

There are many places of interest in Salt Lake City. As well as the LDS Temple being a big draw in its own right, there are numerous museums, a planetarium, and several theatres and music venues for example. Salt Lake City hosts numerous festivals, including parts of the Sundance Film Festival, and an annual steampunk festival called Steamfest. I like the sound of the yoga festival, and the hot air balloon festival too. I imagine that whenever you decide to visit Salt Lake City, there will be something going on to entertain you. 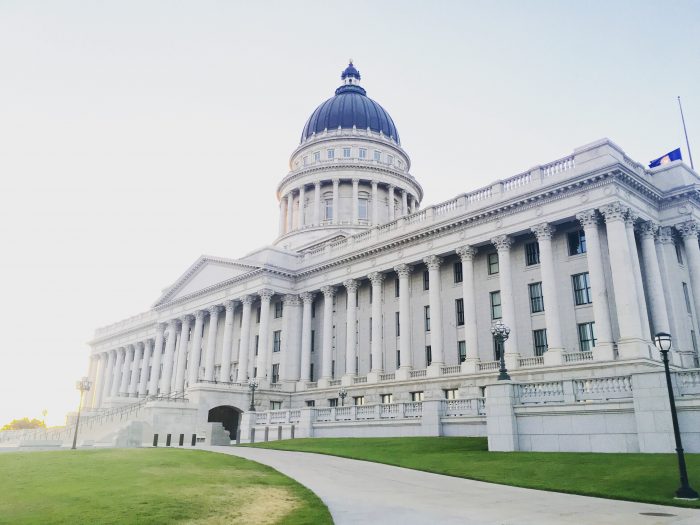 Utah has oodles of land that is undeveloped and that means it’s a fantastic place to do some stargazing. Astro-tourism really is a thing – and Utah’s skies are perfect for some inter-galactic observation. Here are some suggestions for top places to go stargazing in Utah. See if any of these take your fancy. 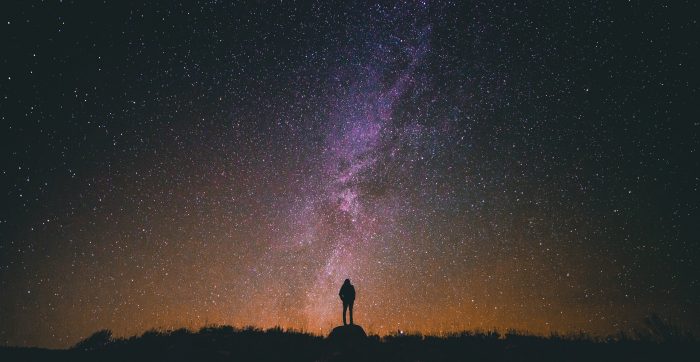 Photo by Greg Rakozy on Unsplash

In the winter, snow takes over a lot of Utah and its multiple mountain ranges; the opportunity for mountain sports is impressive. A popular winter resort is Alta in the Wasatch Mountains – a 45-minute drive from Salt Lake City. It’s known for getting the most snow of all the Utah ski resorts, but you’re not allowed to snowboard there – it’s skiers-only here! It’s good for beginners and intermediates and looks like a great option for a family ski trip.

Snowbird,  little further south of Alta, claims to have the longest ski season of all of Utah’s ski resorts and you’re welcome to snowboard here as well as ski, snowshoe, and take a snowmobile tour. Looks great!

You can also visit the parks built for the 2002 Winter Olympics which were hosted by Salt Lake City – the main parks are 28 miles to the east. You can learn more at https://utaholympiclegacy.org/ 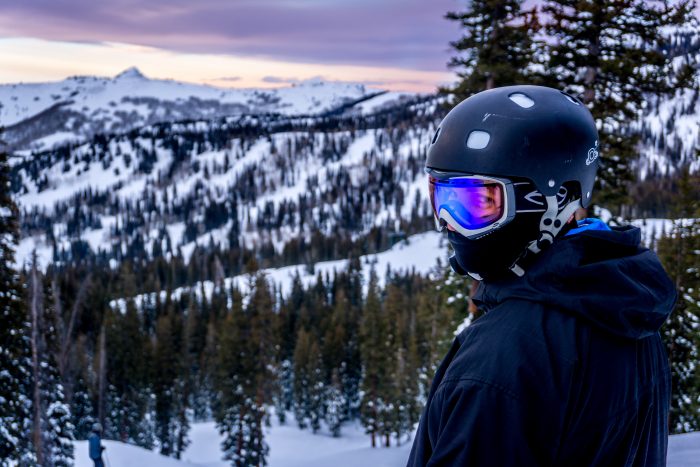 Photo by Tyson Dudley on Unsplash

Utah is famous for its prehistoric finds. The Dinosaur National Monument in eastern Utah on the border with neighbouring Colorado consists of over 800 paleontological sites and countless fossils of lots of different types of dinosaur. The rivers of the region carried dinosaurs to this site and here they lie in abundance. It’s a fossils fan’ dream. The visitor centre on the Utah side of the monument is open daily from at least 9 am until 5 pm, longer in peak season. It’s in an area that has low rainfall and gets very hot in the summer, so take care. The site is also good for camping, fishing, and hiking.

The George S.Eccles Dinosaur Park looks a fantastic place to visit for younger dinosaur fans who are tired of looking at bones and want something to roar at them instead (even if we know they’re not real). The park is in northern Utah, a 45-minute drive from Salt Lake City.

The Natural History Museum of Utah in Salt Lake City also has an impressive collection of dinosaur bones. 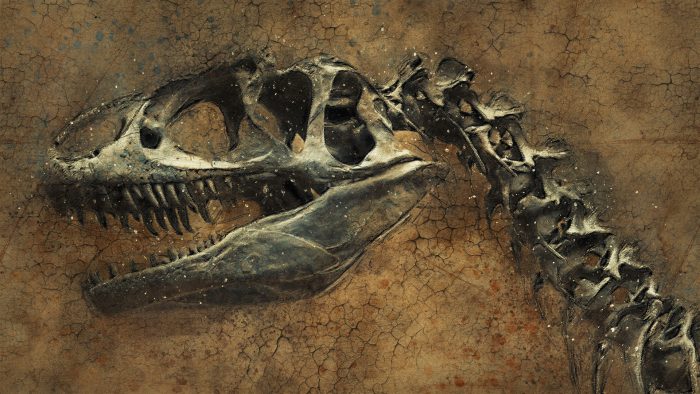 I’m not sure this is truly an island in the literal sense, but it sure does look a great place for a family hike. With miles and miles of walking and cycling routes, Antelope Island in Utah’s Salt Lake is a good location for fresh air, exercise, and some wildlife spotting – the park is home to free-roaming bison, sheep, coyote, and the eponymous antelope amongst others. 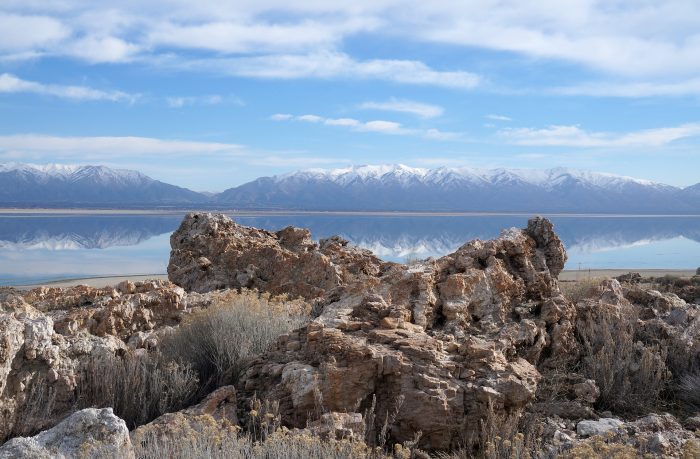 How do you feel about visiting one of the not-so-famous US states? Could Utah be a good choice of destination for you and your family?