All information is correct at time of publication – August 2015

Day four of our Lake District adventure and we set off for Dockray to do another first – see an actual real-life waterfall. As we live in a watery but very flat area of the UK, a decent waterfall is something which the children have never seen. We thought we should use the opportunity of being in the Lake District to visit one.

We chose Aira Force, mainly because it was about a 20 minute drive from our Penrith base, had good accessibility, and because I’d seen it on Pinterest when planning our trip and thought it looked pretty good.

Aira Force is on the edge of Ullswater and can be accessed from car parks situated on the A5091 near Dockray, and the A592. The main car park has toilets and a tea room. Instead, we used Park Brow car park, mainly because we missed the first one. We didn’t really know where we were going to be honest, but we got there eventually. 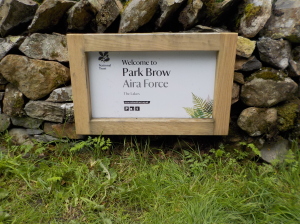 From Park Brow car park (pay and display), you take the path that goes downwards behind the pay and display machine. If you are just walking down to the falls, taking a few pics, and walking back up again, two hours should be plenty. 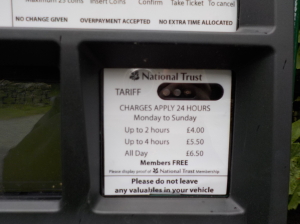 Do not cross the road and try the path that goes backwards up the valley. It’s very pretty with some amazing views of Ullswater but is a bit trecherous.

To be fair, the paths are not signposted. There was no-one around to ask, so we looked at the map, tried to work out which side of the road the fall was probably on, and chose wrongly. Ah well, we managed some more firsts, such as crossing a stream using stepping stones, and using a stile, but we were no nearer finding the waterfall. 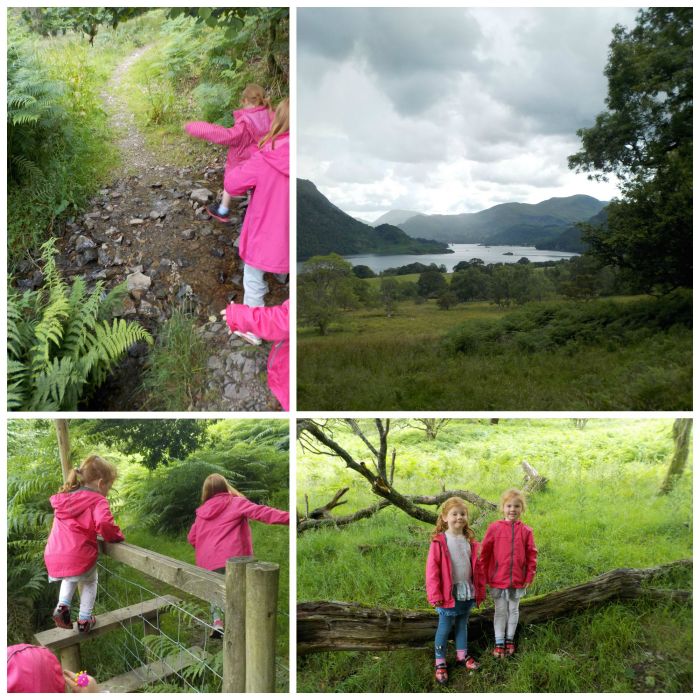 After about twenty minutes, we turned back to the car park, and on arriving back there, found a throng of people had appeared out of nowhere. We asked. They said the falls were just down the other path – the one that had lost out in the ‘eeny meeny miney mo’ contest. Ho hum. So down we went. It’s a bit of a giveaway as the path is so much nicer this way, but I suppose our earlier mis-choice made it more of an adventure. 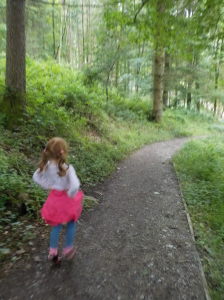 It was a bit livlier this way, with lots more people and a few sheep thrown in. We could also hear the falls as we got closer, which is reassuring at least.

After a few more minutes walk, we found it! 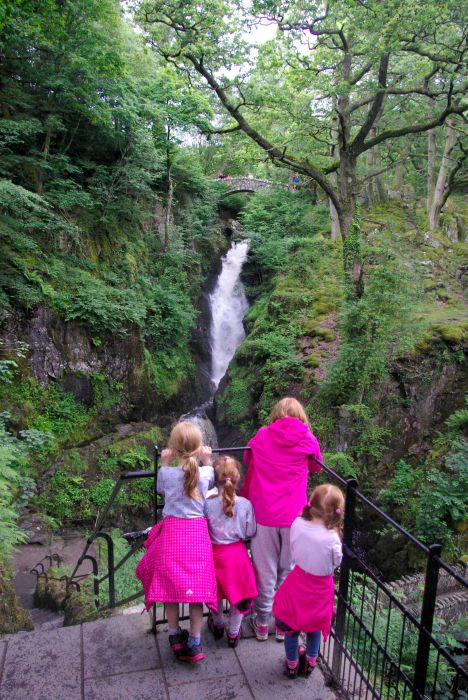 Aira Force is pretty accessible actually. There’s a lot of steps both up and down and it looks like it could get muddy in wet weather, but there is a clearly defined, maintained path, and places to take some great pics.

You can look at the falls from the bottom, and from above on the overhead bridge. 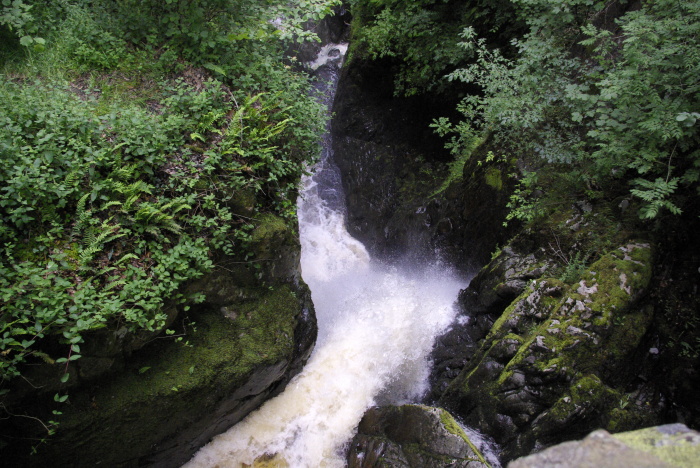 Aira Force from above

The falls are not really accessible by prams and wheelchairs, and you may need wellies in wet weather.

The falls are free but you have to pay for parking, or it’s free for National Trust members.

We really enjoyed our trip to Aira Force. We got to see a waterfall, and found muscles we didn’t know existed.

For more information, please visit the website of The National Trust 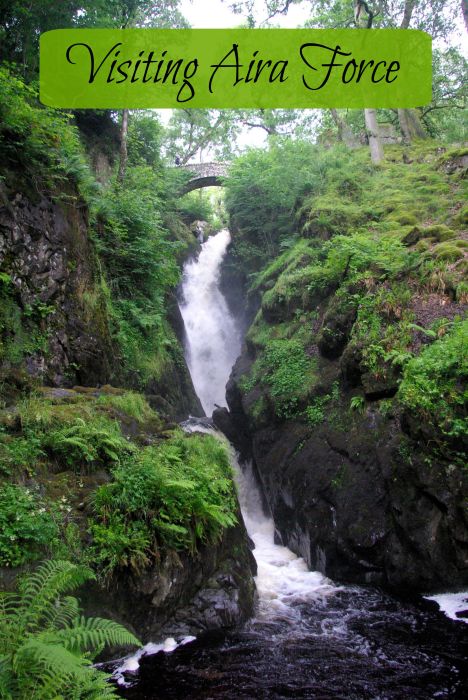