Day three of our Lake District holiday and we ventured a bit further afield – to South Lakes Safari Zoo, which is around a 1hr 30 minute drive from our Penrith base. We had heard that it was excellent value and great for children, so we thought we’d give it a whirl.

It was true. South Lakes Safari Zoo has a deal where you can take up to two children free per paying adult – perfect for our two adult and four children combo! It may not be such good value to those with less, or indeed without, children but for us it was a refreshing change. 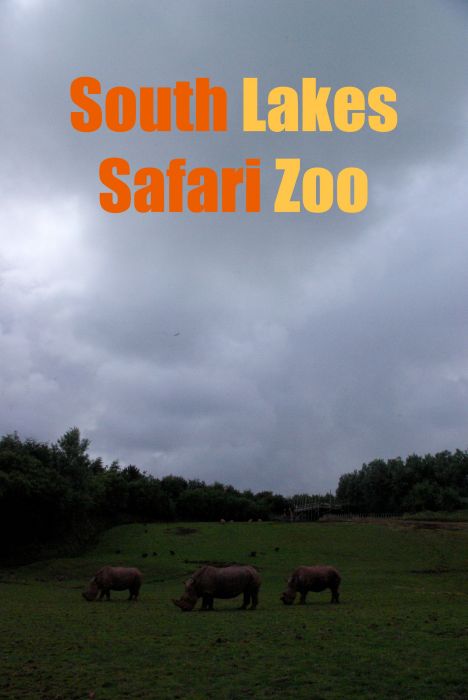 You can buy all-inclusive wristbands at £6 per person which includes animal feeding, a train ride, and a turn on the bouncy castle, but as we’d already missed the lemur feeding, we just bought some animal feed instead. Queues were short, which was fantastic.

Our first stop (after the loos, naturally) was the children’s playground. There was lots to keep my girls occupied, including their favourite zip wire. This time there was two next to each other – just perfect for twin racing. Not that we did it. Honest. 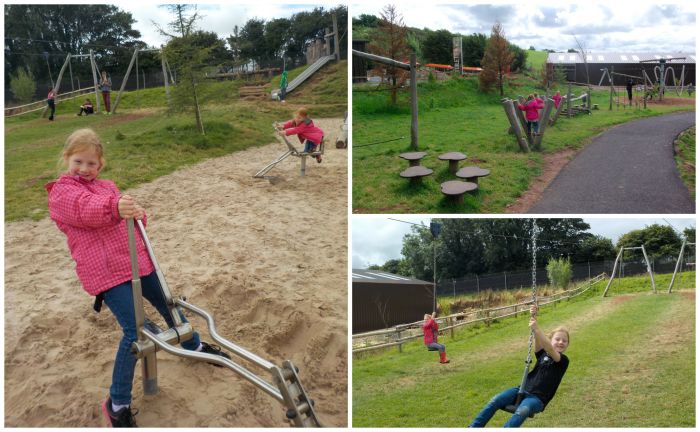 After eating our picnic at the area next to the playground, we set off to see our first animals. We very quickly met with some zebras, and they looked to be quite happy playing in their very large field. 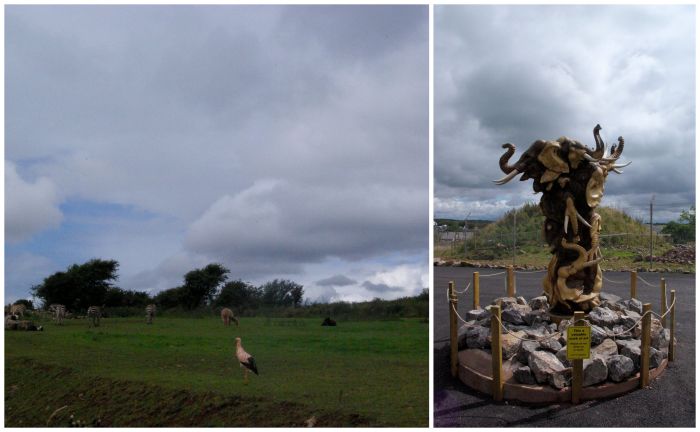 Next was the Worldwide Safari, which is a huge walkthrough containing loads of animals, including lemurs, emus, prairie dogs, kangaroos, squirrel monkeys, and a lot of birds. They all seemed to live quite happily alongside each other, and they had acres of space to explore. We had a go at feeding the emus with our food, and they were quite enthusiastic. The younger children were not so keen though and preferred to feed the other, less-sharped beaked birds. 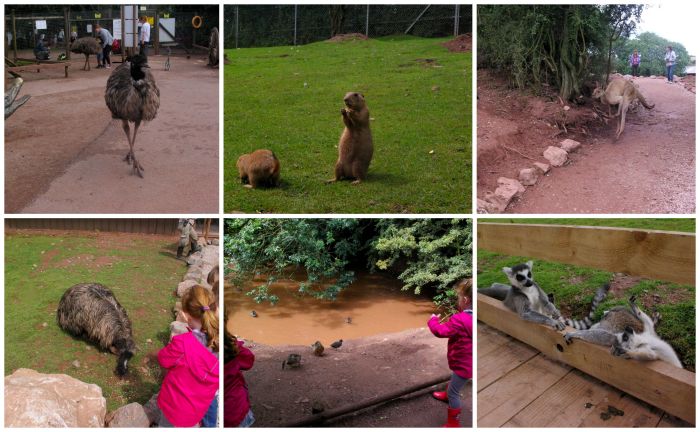 Our favourite animals in the Worldwide Safari were the squirrel monkeys. They were very agile and cute but be warned – keep moving or they’ll think you’re a tree! The lady with the water pistol isn’t too far away, thankfully. Yes, they look harmless but they are very cheeky. Still, it made for the funniest part of the holiday. For the children at least. Not so much for me. 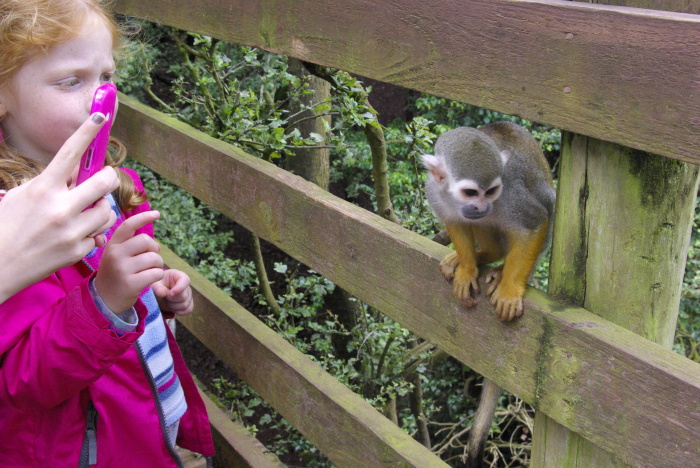 We were hoping for more luck in the vulture enclosure. Mercifully, the vultures were very well behaved. Mainly because they’d just been fed. It was interesting, if not a little gross seeing them tear their lunch from an animal carcass. 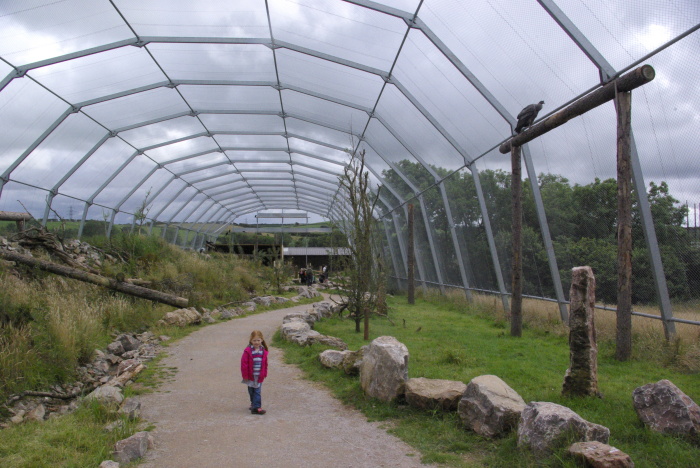 The big cat area was very good, and after a disappointing trip at Longleat where we’d seen lions do nothing more than sleep, it was good to see some big cats who were a bit more active. The glass sided enclosures were brilliant for the shorter members of our group who often have to be lifted up to see over the sides of too many exhibits. 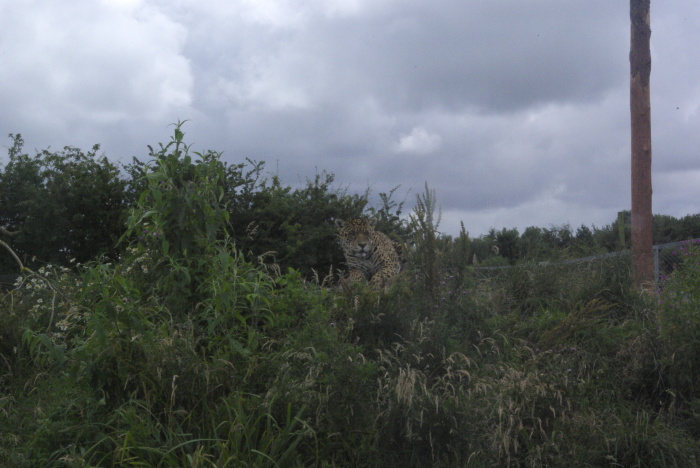 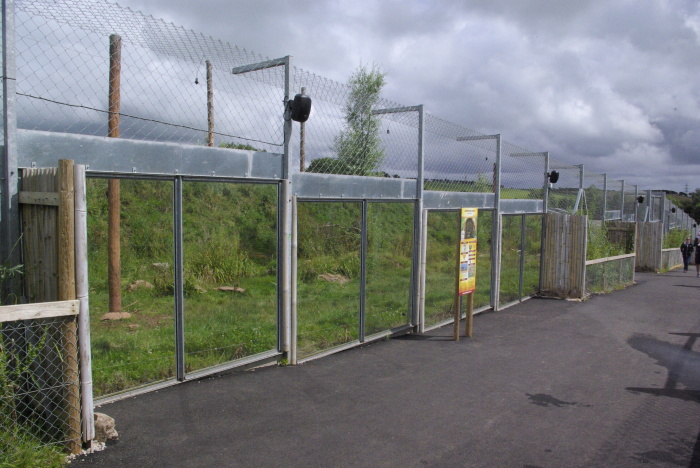 The African plains were amazing, with rhino, giraffes, and baboons living (mostly) harmoniously side-by-side in a huge enclosure.

After a quick ice-cream from the cafe overlooking the giraffes, we moved on to the aviary, which contained birds such as macaws, parrots, spoonbills, and even a fruit bat. It was surprisingly lively for the time of day, and it was looking around at people and the other creatures.

One animal we were very pleased to see, mainly because it had eluded us at Longleat, was a bear. It obligingly did a climbing demonstration for us. 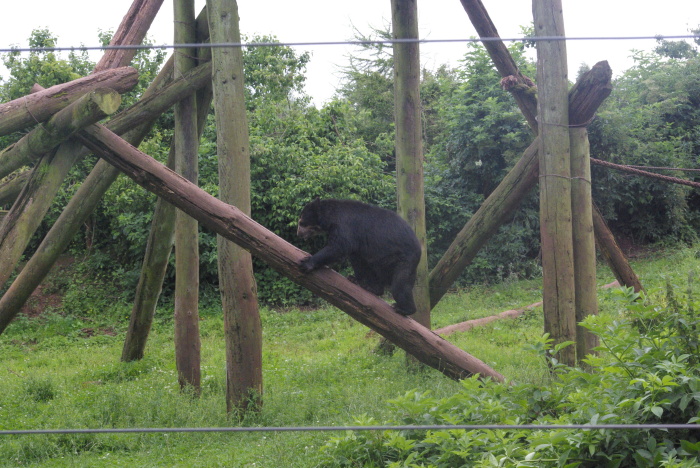 Off next to an animal we never get bored of seeing – the penguin. Here they live in a rock pool. You can feed them as part of your wristband deal, but we had missed it by now. They were out and about though saying hello, and were happy to pose for some photos. 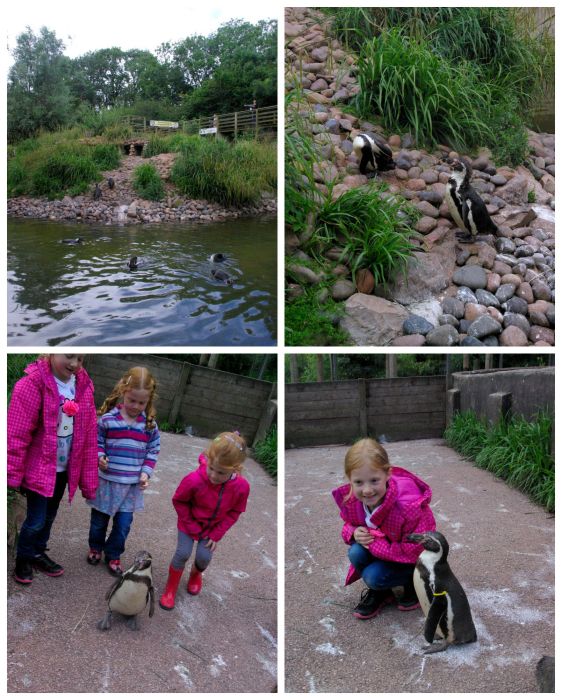 There were so many other animals to see at South Lakes Safari Zoo. There was a monkey with a baby, different breeds of lemur, tapirs, peacocks, camels, pygmy hippos, tortoises, snakes, raccoons, tigers, tamarins, deer, otters, and giant anteaters. So many animals I can’t possibly show you them all. 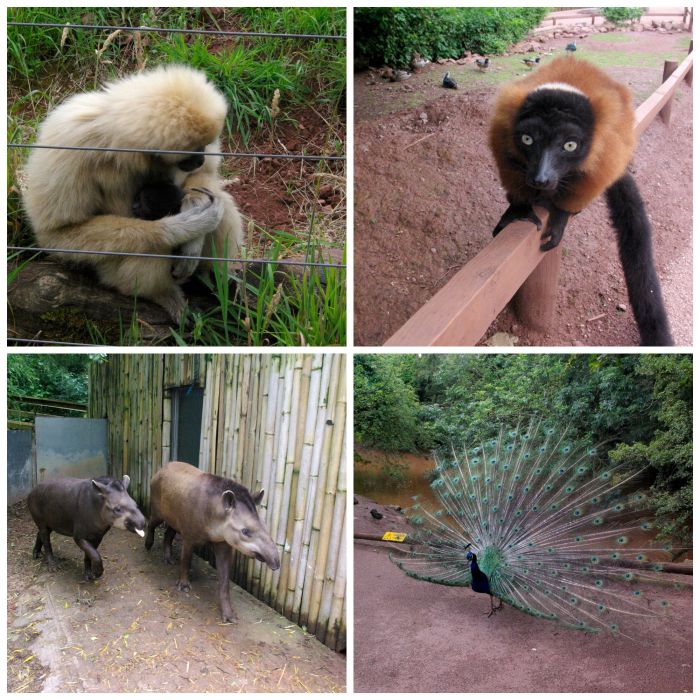 To say thank you for our time at South Lakes Safari Zoo, we fed the 7 year old to a hippo. 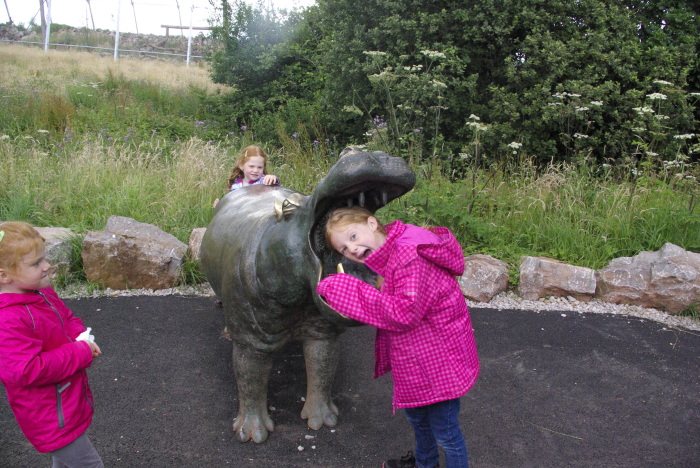 South Lakes Safari Zoo is possibly the best value zoo day out we’ve ever done, mainly because of our fortunate adult-child ratio, but also because the prices around the park weren’t extortionate either. We were pleasantly surprised at the cost of the ice-creams, and the animal feed.

We spent almost five hours here but we could have spent more. The last part of the park was a bit rushed for us. Get there earlier if you can.

Car parking is free. The park is signposted off the A590 north of Dalton-in-Furness, a good 30 miles off the M6.

The site is pretty hilly. Walking shoes are a good idea. There is a land train you can catch from one end of the park to the other.

The cafes seemed reasonable but there are also plenty of places to eat a picnic, either outside or under cover.

There’s not a lot of indoor exhibits, so this is something that’s best avoided on a very rainy day.

You can see some more on our South Lakes Safari Zoo video.