February saw the twins’ seventh birthday. Instead of a party, we decided to spend the money doing something they really wanted to do instead. They decided on a trip to London. They wanted to see where the Queen lived, and where Paddington was filmed. While this wouldn’t be my first trip to London (understatement!) it would be theirs, and I thought the best thing would be to show them as many as the famous sights as possible. City Cruises invited us to try out their River Thames cruise, and it was perfect for seeing some of the most popular sights in London. Have you ever done a river cruise?

END_OF_DOCUMENT_TOKEN_TO_BE_REPLACED

York Boat are the most well-known boat tour company in York. They have sailings up and down the River Ouse daily from February to November. They also run special trips, such as the upcoming Santa Cruises.

One sunny but cold Sunday in October, we went aboard to find out what York Boat do best.  END_OF_DOCUMENT_TOKEN_TO_BE_REPLACED

All information is correct at time of publication – August 2015

Day four of our Lake District adventure and we set off for Dockray to do another first – see an actual real-life waterfall. As we live in a watery but very flat area of the UK, a decent waterfall is something which the children have never seen. We thought we should use the opportunity of being in the Lake District to visit one.

END_OF_DOCUMENT_TOKEN_TO_BE_REPLACED

Day one of our Lake District adventure saw us drive south for an hour to Bowness-on-Windermere and our children experience something I think was a first for them – go on a proper boat. END_OF_DOCUMENT_TOKEN_TO_BE_REPLACED 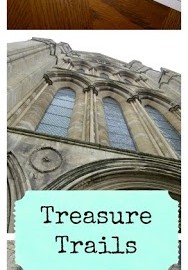 We have been sent a Spy Mission from Treasuretrails.co.uk. There are several trails available, customised to towns and cities throughout the UK. We were sent the one for our local market town, Beverley in East Yorkshire, so we thought we’d go out today and give it a try.

END_OF_DOCUMENT_TOKEN_TO_BE_REPLACED

Call me a geek if you like, but I love the London bus tours. They are a great way of getting your bearings and learning lots of new things about one of the  biggest cities in the world.
They are not cheap and you really need to do every bit of it to get your money’s worth, but I could honestly sit on them all day going round and round. Unfortunately, the day we went, we didn’t have the time to do it all (we interspersed our voyage with trips to The Royal Mews, and to have afternoon tea) but we ran like crazy to make sure we caught the last one and had a fab trip round London as the evening drew in, and the lights came up.
END_OF_DOCUMENT_TOKEN_TO_BE_REPLACED

I’ve been lucky enough to go on the London Eye several times over the last few years, but on a recent trip to London we took my four year old for the first time. It’s still quite a novelty for him to be out in the evening, so we decided that we would take a flight at night. END_OF_DOCUMENT_TOKEN_TO_BE_REPLACED

The London Eye, or the Millennium Wheel as it was known when it first opened for the year 2000 celebrations, has become one of London’s most recognisable landmarks. We love the London Eye and try and to fit in a ride whenever we’re in town.