I love York. Being from East Yorkshire, York is our second city. We have been visiting since I was a child. For the North of England, it isn’t a cheap city, but there’s always lots of things to do in York, both free or to pay for. 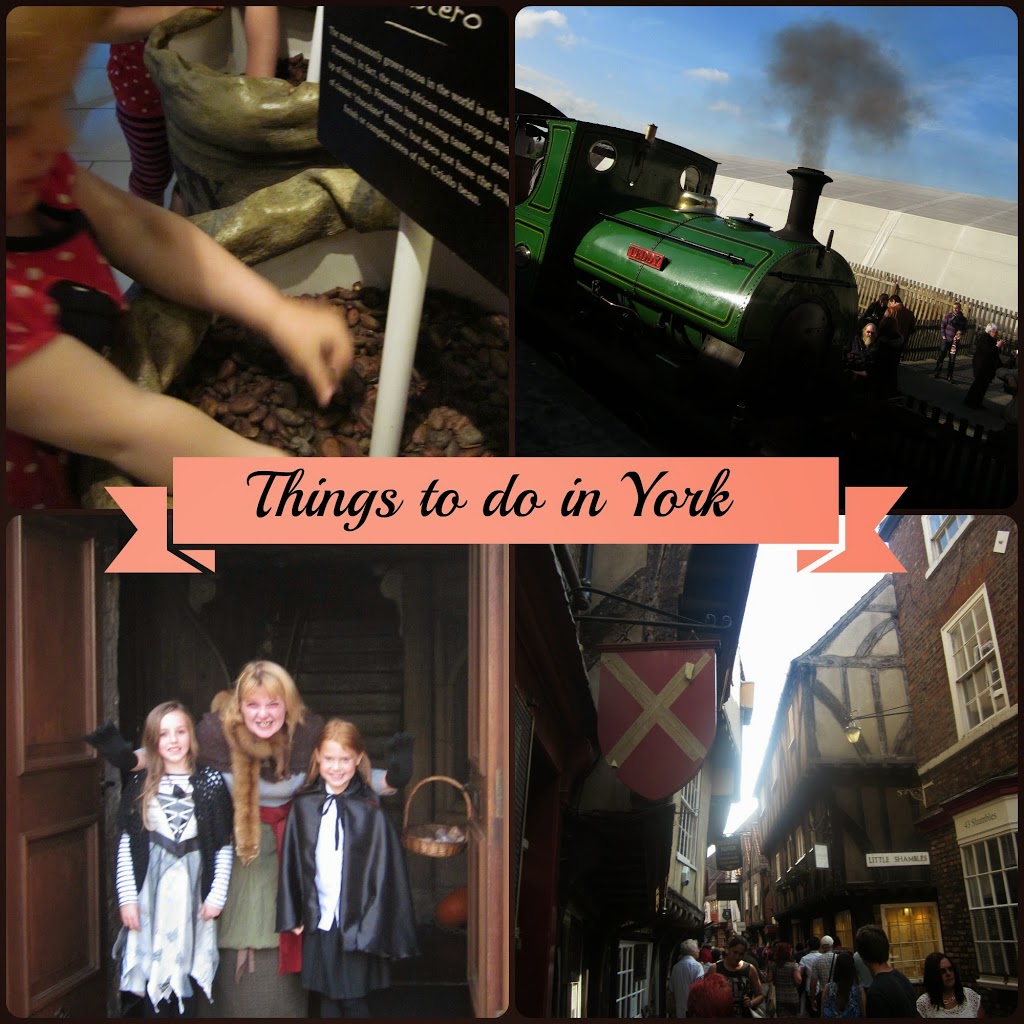 York is beautiful. It is a medieval city with a long, long history. It has been occupied by Romans, and Vikings – who called it ‘Jorvik’. The streets are cobbled, and a little bit hilly, and all have a piece of history waiting to be discovered.
I have spent many a childhood hour walking atop the old city walls, and strolling down the banks of the River Ouse feeding geese and swans.


Things to do in York with children

Jorvik Viking Centre – possibly York’s most famous family attraction. This is all about the Viking history of York, including a carriage ride through a Viking village. A must do for fans of history and skeletons.

Clifford’s Tower – the only remaining tower of the old York Castle. It is owned by English Heritage and has excellent views over York.

The National Railway Museum – FREE! This is one of the biggest collections of trains and railway artefacts in the world. With a schedule of family-friendly events, the NRM is a firm favourite in our house.

York’s Chocolate Story – telling the history of York through its confectionery making past. Like Jorvik Viking Centre but with less Vikings and more chocolate.

Castle Howard – stately home that has been a film set and a stalwart of Yorkshire seats for centuries. Bit of a drive out but worth it.

Here are some photos from our recent visits….

Have you been to York? What did you think?