Hornsea Mere is a very large lake on the west side of Hornsea in East Yorkshire. It is home to a lot of wildlife, mainly ducks, geese and swans. 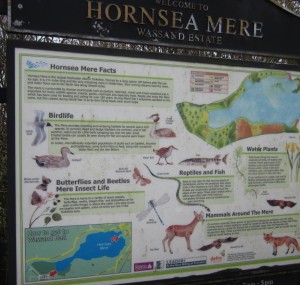 Today, I don’t think they had seen a lot of visitors because, as we drove up, they started eying up the car, doing an assessment of whether we would have any food for them. We did indeed. We parked up and got out, already surrounded by a multitude of birds, all pecking away. One stole a full slice of bread from the hand of my two-year old. She seemed a bit put-out but no harm done. My 5-year old and other 2-year old though were absolutely petrified and demanded to go back in the car, sobbing. The animal-mad 8-year old loved it. 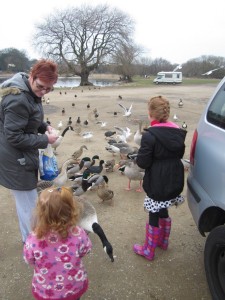 The birds are very tame and will stand close enough so you can touch them. They get very rowdy, which can be good fun, unless the birds are taller than you!
Once we had finished dishing out the bread (which was gobbled up in about three minutes), we had a little walk round. 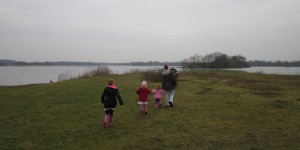 We looked at the rowing boats which can be hired during the warmer months, and at the putting green, which was waiting for it’s maintenance in preparation for the busy season. The onsite cafe was being re-decorated, and the toilets were closed for repair. 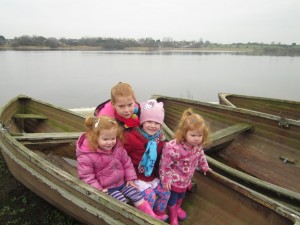 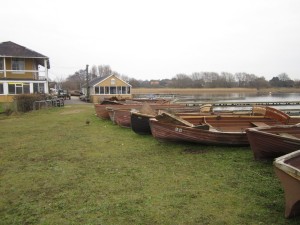 Today, it was cold and very quiet, which was lovely. Sometimes in the summer, you have to fight your way in with your car, but today we drove straight in and had our pick of parking places.


Hornsea Mere is accessible from the B1242 (turn down a signposted side-road to find it). There are the expected water hazards, and over-exuberant ducks and geese to be cautious of. The toilet facilities are basic and hopefully will be open again soon.
Other things nearby –
Honeysuckle Farm
Hornsea Beach