I’m not sure if we’re just extra lucky in Cardiff, but I’ve never come across a place like ParcPlay anywhere else. It looks unpromising from the outside, sitting on the riverbank behind the station and in amongst warehouses, garages and storage centres. But once you’re through the wooden gates, it’s a different story entirely – wooden climbing frames, slides, a zip wire, a table tennis area, a BIG sandplay area with a pirate ship and even a fenced off quarter for under 5s to go if they get a bit overwhelmed by the big stuff. Half of the area is covered, though not enclosed, so you can tick off the ‘fresh air’ bit even if it’s raining.
Here’s a few pics taken from ParcPlay’s Facebook page: 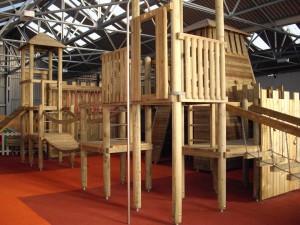 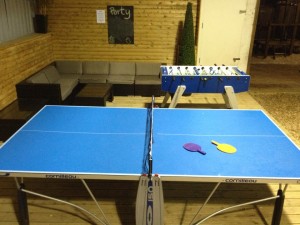 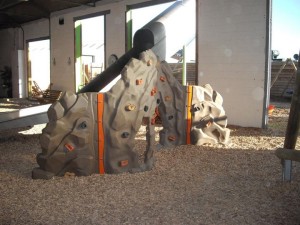 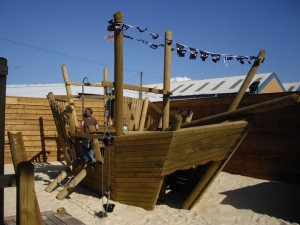 Because it can be a bit chilly for us poor adults, there are fab ‘cabins’ with heaters in – but which you can see out of to keep an eye on the little darlings. There are also deckchairs – and there are some good sunspots on a summers day, if you are there early enough! For the other 355 days of the year there are also blankets for your knees, and rugs on the benches, which were being well used today! A few more photos from Facebook here: 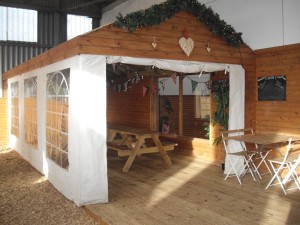 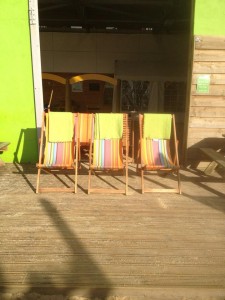 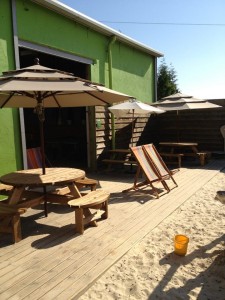 One of the best things about ParcPlay is that picnics are welcome, even encouraged – and even if it’s brass monkeys cold, picnicking is a feasible option because of the heated cabins. And another BIG plus – they do proper, decent, coffee. Not with bells and whistles – no mochafrappasemichinos here – but good, strong, and with half price refills. There are also a range of other drinks and snacks on offer for if you don’t want to bring your own – all reasonably priced. Admittedly there’s not a massive variety but equally, there’s a not massive kitchen taking up space that could be used for playing – seems a sensible trade off to me. 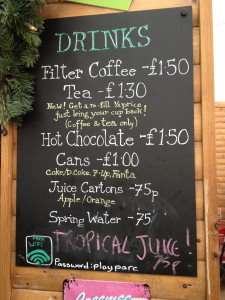 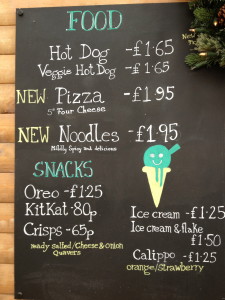 We spent about 4 hours at Parcplay – the bigger kids would probably have stayed a bit longer but the 3 yo was getting a bit past it – not surprising since apart from 20 mins hoovering up the picnic, he was on the run the whole time. Apart from a minor incident on the slide (for which an icepack immediately appeared – thank you!) it was a great day – not least because my friend and I actually managed to have a decent catch up while the kids were playing (we’ve both been in The Tunnel for far too long, so it was well overdue!) All in all, a lovely way to spend one of our last holiday days before school starts again
Entry prices:
Free for adults, £1.75 under 2 (or free with older sibling), £3.75 ages 2 and 3, £5 ages 4-12
ParcPlay is now open every day through till November -there’s more info on parties, group bookings, events etc on www.parcplay.com

This review is provided by Michelle – a 40-something mother of three, living in Cardiff, blogging about her efforts at parenting, plus a few other things, at http://www.learnermother.wordpress.com

One thought on “ParcPlay, Cardiff”