In previous years, we have helped raise thousands of pounds for Comic Relief and Sport Relief as part of blogger collective Team Honk. In 2014, we were part of a national team which moved a baton from Land’s End to John O’Groats, and in 2015 we were part of the huge Danceathon at Wembley Arena. Team Honk have raised in excess of £80,000 since 2013.

The money raised through Red Nose Day for Comic Relief, and for Sport Relief goes to a variety of projects both here at home and in developing countries. If you’re in the UK, there will be a project near you right now that’s benefited from help from Comic Relief in some way.

Near where we live, there is Dynamix – a youth club which caters for 8 – 24 year olds with additional needs, and what an amazing place it is. On a Saturday morning in February, we were invited along to see what they’re all about, and what they do with the cash they receive from Comic Relief and various other funding sources.

Dynamix is a youth group that operates as a charity, and was set up by a small group of parents from the ashes of a disability social club that was once funded by the local authority. Cut backs meant the group was axed, and parents decided that they needed to do something themselves.

With one year’s worth of funding from a local benevolent fund, they were able to secure a venue within Driffield School and see where it took them. A few years later with a core team of Nick, Cath, Jo, and Kate, the charity now employs part-time staff and provides a weekly youth facility for one morning a week for around 38 members whose needs include mild learning difficulties, autism, Asperger’s syndrome, Down’s syndrome, and physical disabilities. On the morning we visited, a couple of members had brought along their wheelchairs to help them on the scheduled (and highly anticipated) trip to the local fire station.

For £3 a week, the members get three hours at the group, which includes activities, breakfast, and the occasional outing. They get to socialise in a safe and welcoming environment, and meet up with friends who they have not seen all week. And a week can be a very long, lonely time.

The friendships made here were obvious. From the squeals of delight every time a member arrived ready to join in, to the hugs when life became a bit too overwhelming for some, the inclusive atmosphere is clear to see. You can hear it, see it, and feel it wherever you go and whatever activity you get pulled into doing.

Making dinosaurs from balloons was the first activity of choice for the 9 year old. She helped some of the members with their dinosaurs, and they helped with hers, all under the watchful eye of one of the paid members of staff. Volunteers are key but it’s the paid staff that ensure consistency and enable the group to invest in the specialist training that is required. And a grand job they are doing too. 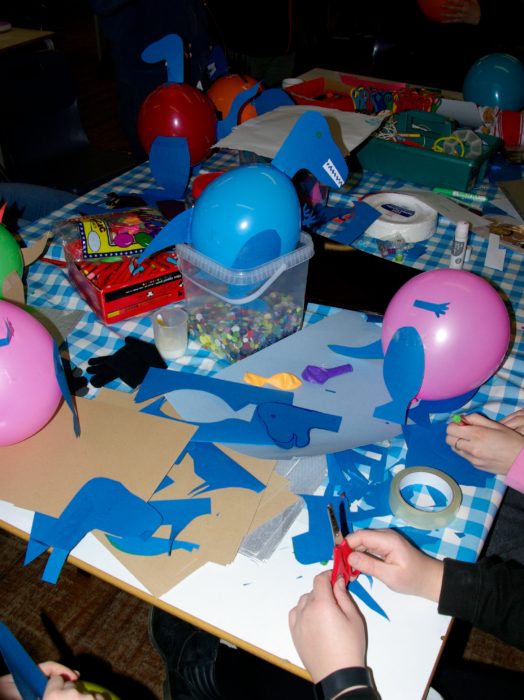 My 12 year old chose to ‘do’ breakfast and make friends with one of the regulars. After that was a game of pool, and some more chat. A couple of the older boys were debating who was the best rapper (there’s a lot of love for Professor Green), while others battled it out with Pokemon cards, or took to the Lego table. 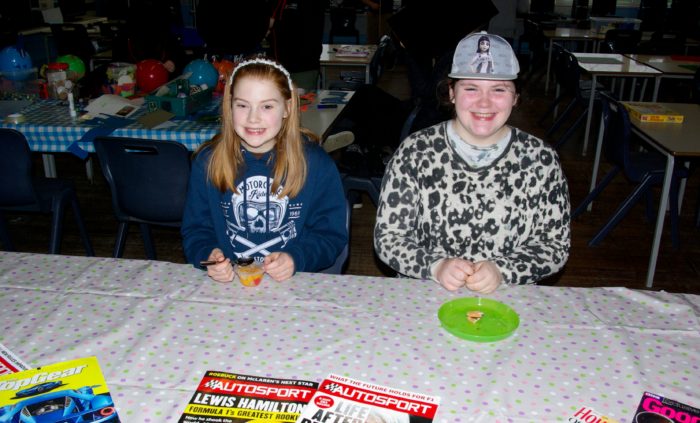 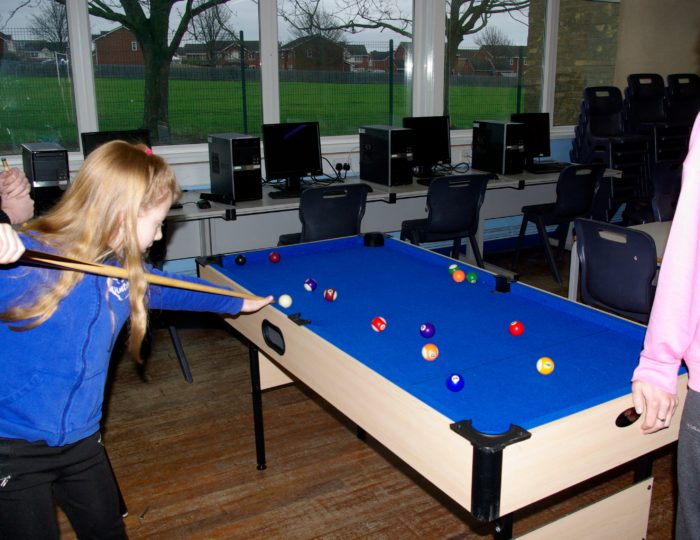 The group accepts anyone with a statement; what is now known as an EHCP (an Education, Health and Care Plan), or anyone that is referred to them for other reasons. They often get children who have difficulty socialising, such as they are in care and get moved around a lot. Life can be hard for so many reasons at that age. Those that need 1-to-1 care are able to bring a carer with them. Members can bring friends and siblings too.

Members come from far and wide. They have people who come from Market Weighton and Pocklington, from Hull and Beverley, and from up the coast as far as Filey. For many of the members, it will be the only time all week they will see their friends. Few will go to the same school as the children on their street or in their East Yorkshire village. While some are able to access mainstream education, many attend the various, and widespread, special schools in the region. Saturday morning is their time with their friends.

Chairman Nick, whose daughter is a long-term member, tells us how having a disability creates issues around loneliness and isolation, and it’s particularly hard for teenagers who want to do what their peers are doing. Not living near those who may not accept their company means they can go all week without really socialising with their very best friends. It’s clear that the group is a lifeline for these teenagers, and they all looked genuinely thrilled to be there. Nick says too that bad behaviour is not an issue at the club. Others may perceive what some of these kids do to be bad behaviour but it’s a different context and it’s never an issue. There’s banter, particularly amongst the older boys, but isn’t that normal anyway? It never descends into anything more.

The trip to the Fire Station

As part of the group’s topic of 999 Emergency, we all went to the local fire station for a visit, which was handily at the other end of the school site. A short, orderly walk – even the 8 year olds were a dream – and we were there.

It was a brilliant visit. The firemen answered what could have been a barrage of questions with expertise, all topped off with the requisite turn with the hose, and a gawk at the fireman’s pole.  All the members enjoyed this. For many (myself included) it was the first time they’d seen a fire engine up close, or even seen inside a fire station. 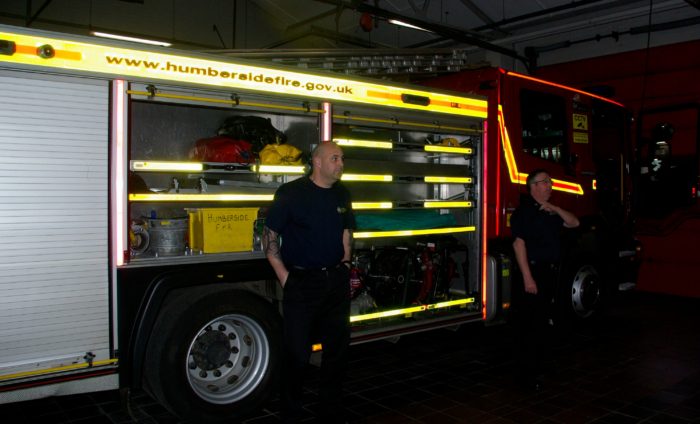 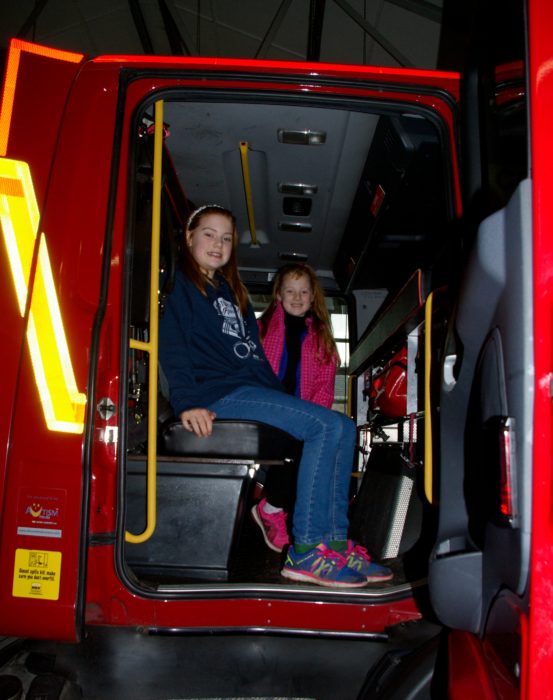 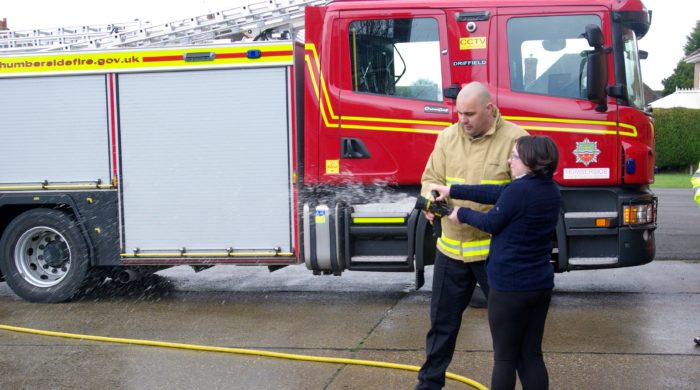 A previous week had seen a visit to Dynamix from the St John’s Ambulance, where members were taught the basics of first aid and CPR by an incredibly patient team. Who also got the privilege of answering lots of enthusiastic questions.

Chairman Nick tells me it costs around £12,000 a year to run the club. That includes venue hire, food, paid staff, equipment, and insurance. Whilst each member pays weekly subs, the £3 a week per member barely makes a dent. To make the group commercially viable, founder parent Kate tells me they would need to charge upwards of £10 per week to each member, perhaps even £15.

The funding the group receive from Comic Relief covers only the hire of the venue for around one term. Money also comes from other charitable grants, and from fundraising activities they do themselves, which are always well supported. Without these funds they would not be able to operate.

The venue they hire is perfect for them. They get use of the sixth form common room, permanent storage cupboards, toilets, car park, kitchen, and time in the adjoining sports hall, where they play games such as Boccia or learn new activities with paid-for specialist sports leaders. The kitchen in particular has enabled activities such as learning to cook, and also the odd party – a Hollywood themed party complete with red carpet was recently thrown for a young lady turning 21. A good time was had by all I am told.

Secure funding enables a longer-term view, which means paid staff can be supported and trained in the specialist skills they need. The group also provide volunteering opportunities for the sixth form students of the school, and because they have stability, they can do it properly and get the students the experience and proper volunteer training that will help them along in their own lives.

How you can help

Dynamix welcome new volunteers, whether in a hands-on role at the group itself or behind the scenes in an essential support role – you can find out more on their Volunteer for Dynamix page

You can raise funds for Dynamix through any means you like – a suggestion for fundraising ideas are on their fundraising for Dynamix page. For example, you could add them as an option on EasyFundraising, or ask your workplace to consider making them their chosen charity.

So far, Team Honk have raised in excess of £80,000 for Sport Relief and Comic Relief through high-profile activities, using our collective blogging power to spread the news of Red Nose Day far and wide. 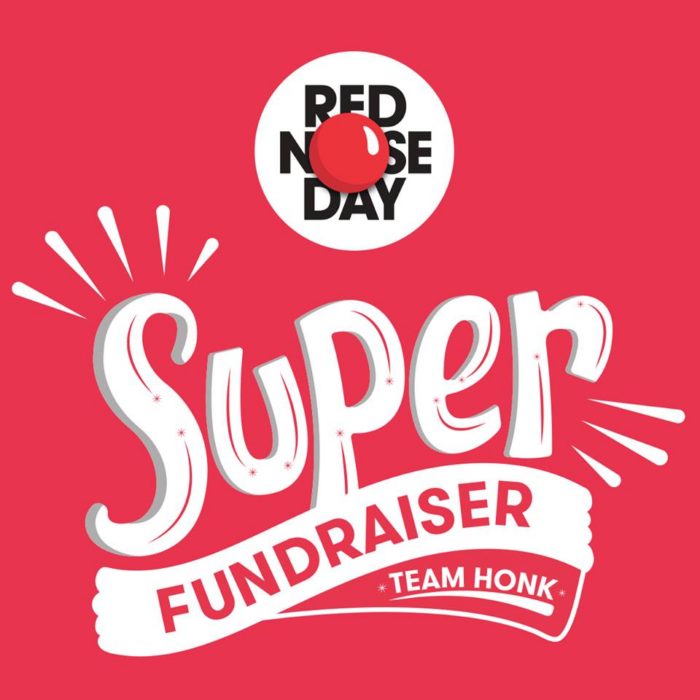 This year, the theme is #ComeHonkWithMe. On the 11th March, a team of Honkers will be making their way through London for 10 miles, dressed for dinner, complete with full dinner table. It will be a sight to behold, and we will again be using our blogging power to get as many people to donate to Comic Relief as much as possible, so let’s start here – If you’d like to donate, please visit https://my.rednoseday.com/sponsor/teamhonk and give what you can.

More information about Red Nose Day – which this year is officially the 24th of March – please visit http://www.rednoseday.com/

A HUGE thank you to the team and members at Dynamix for letting us play for the morning, join in the fire station visit, and telling us more about this wonderful project which Comic Relief helps to support.