OUTXE have sent us an OUTXE Rugged Power Bank to help us on our travels and we’ve spent the last few weeks trying it out. I have to say that this is not on the compact side when it comes to power banks, but its size and weight is representative of the power it can hold. This is more than the single-charge lightweight power bank you keep in your handbag just in case. I never really did girly, which is a good job!

The OUTXE Rugged Power Bank comes in a box with everything that you need including two USB leads, two wrist straps and two carabiner clips. It would make a fantastic power pack for camping, hiking, and for those families with multiple devices. 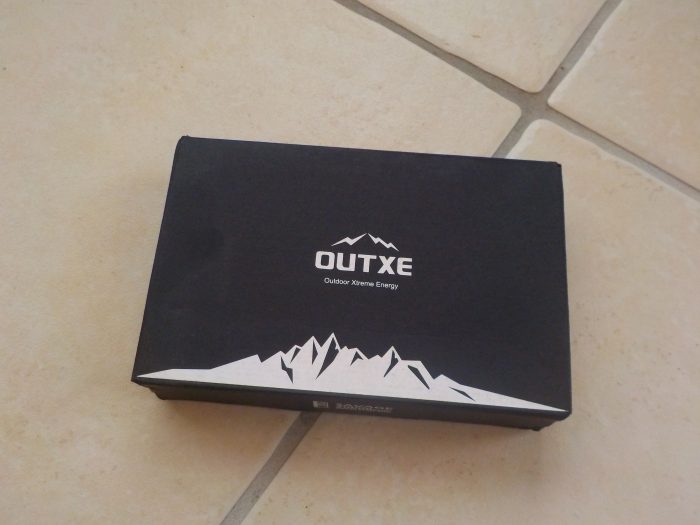 Have a watch of my unboxing video to see what’s included.

The OUTXE Rugged Power Bank comes with a USB lead so you can plug it straight into a three-pin plug and recharge in your own home. I took the power bank to work so I could recharge and see how long it took. I forgot to take a USB three-pin plug to put the lead into. Instead, I plugged it directly into the USB socket of my work computer. Doing this took six hours from almost completely empty to about 75% full (or four out of 6 dots on the front of the power bank).

A couple more hours the next day and the power bank was at 100%, or all six dots. Maybe it would be faster if plugged directly into a mains socket but for a power bank that is able to do up to six full charges of a device, I didn’t think the time it took to recharge was too bad. 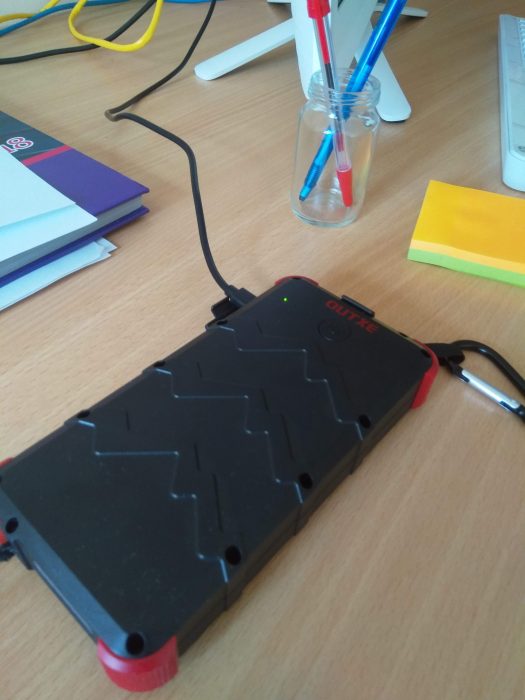 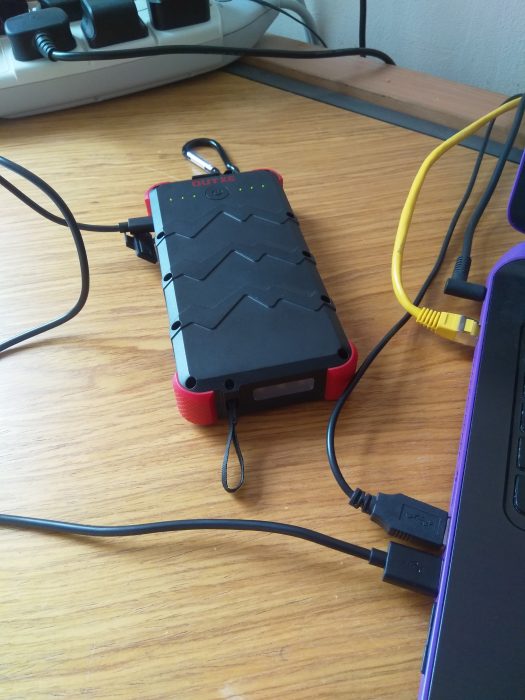 Recently we have used the power bank on a cycle ride, and also at CBBC Summer Social, where I knew I would be doing a lot of Instagramming so I wanted to make sure I would have enough power. 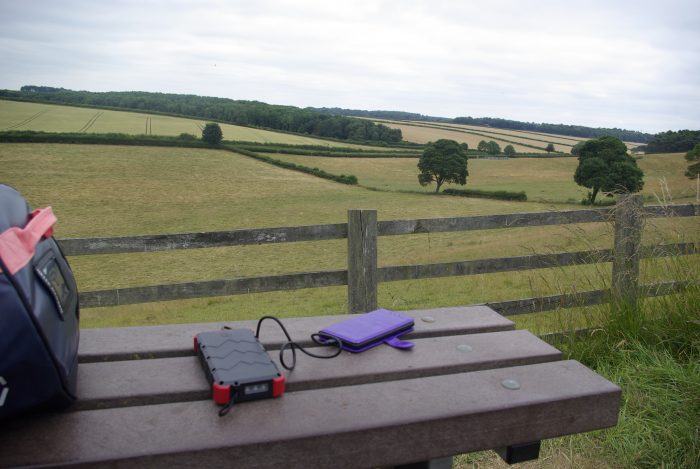 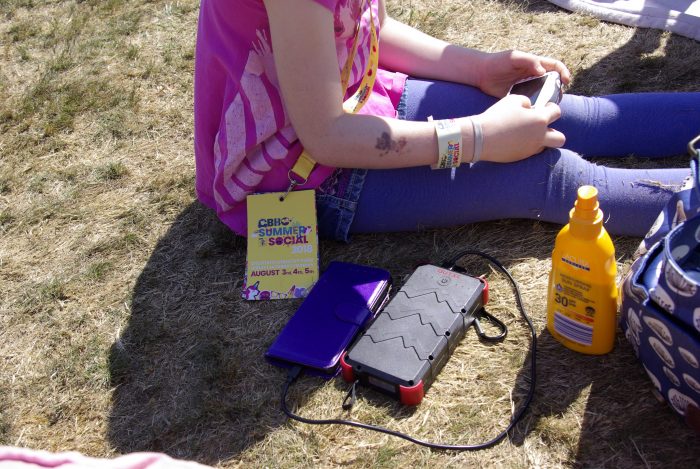 The OUTXE Rugged Power Bank has a handy torch, which can be activated by pressing the power button twice quickly. Another press and it goes into flashing mode, and another and it goes into SOS mode. Double press again turns it off. I don’t know how long this torch would last for if you kept it on but it’s enough for an emergency, or finding the loo block when camping.

We’ll certainly be taking it on our next camping trip, and probably to France later this summer.

The main features of the OUTXE Rugged Power Bank are:

You can buy the OUTXE Rugged Power Bank from Amazon………

Disclosure – we were sent an OUTXE Rugged Power Bank to try. All opinion is our own