On Saturday, we visited The Junction in Goole to watch a live performance of The Man Who Planted Trees as part of the UK-wide Family Arts Festival.
The Family Arts Festival is a new festival aiming to bring live, interactive arts to children and their families.
We went to The Junction, Goole. It is a new purpose-built venue containing rooms for workshops, a cafe-bar, and a theatre. It was very accessible with lots of parking around in Goole town centre, and was very family-friendly.
First, we took part in a smelly workshop, where we did some smell based games and activities with one of the leaders. 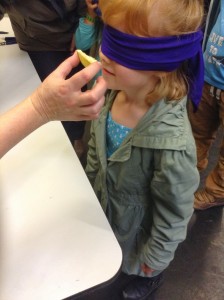 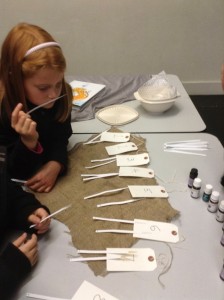 Then we went to the cafe and bought some snacks for the show – a children’s deal consisting of a bag of popcorn and some juice was 80p – bargain! 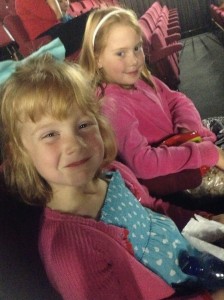 The live performance started at 2pm, and it was a lot of fun.
The Man Who Planted Trees is the story of Jean, a man whose travels take him to France in the early part of the 20th century, where he meets a farmer (and his very funny dog) who spends his time planting trees. The story takes in the themes of environmentalism, war, and politics. It is funny, happy, sad, and totally enthralled my 5-year old and 9-year old. It was very good for adults too, and really was suitable for all the family. It is recommended for children aged 6 to 12 which I think is spot on. 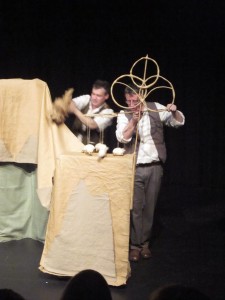 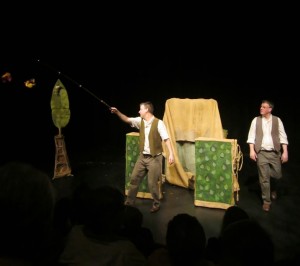 The performance was made up of two actors and three puppets, with very simple scenery. There was also smells and ‘rain’, and some flying birds. It was all very simply done but effective. 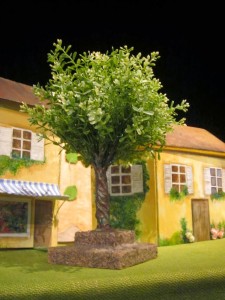 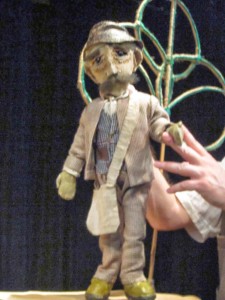 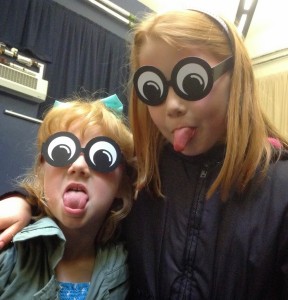