The Augustin in Brussels was a fantastic hotel for us on our girly trip back in July. We highly recommend it for a family stay. We stayed here for three nights across Belgian National Day in July 2016.

The Augustin is located on Rue Stalingrad, a short walk between Bruxelles-Midi (where the Eurostar comes in) and the old town with Mannequin Pis and the Grand Place. It was easy to find. We just headed north from Gare-Midi, found Rue Stalingrad and kept walking. It was on the left about two-thirds of the way up.

First impressions of the hotel were good. It was a high standard of everything, and a bit of a step up from the Wardonia in London where we had stayed the night before. The 12 year old couldn’t believe that it cost less per night than in London, and I think she didn’t know that hotels like this even existed (we usually stay in a Travelodge!). For just the two of us, the Augustin was fab. I don’t think I would have risked taking the 5 year olds though! 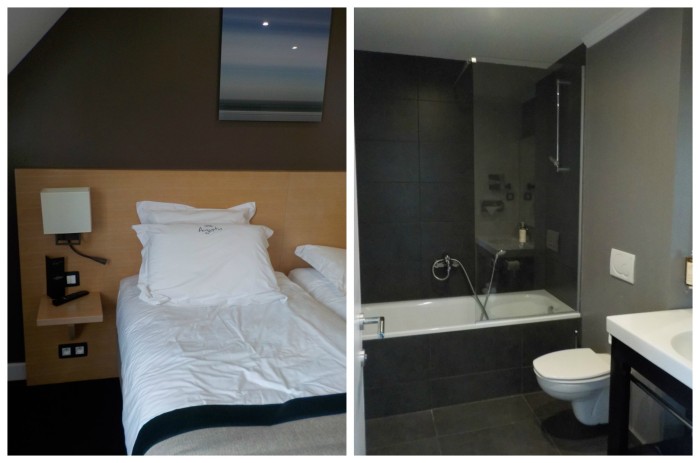 The room was lovely – big with a nice en-suite, air-conditioned, with a window that looked out east over the Brussels roof tops. There was a safe, tea and coffee making facilities, a fridge, and a TV with channels in various languages. 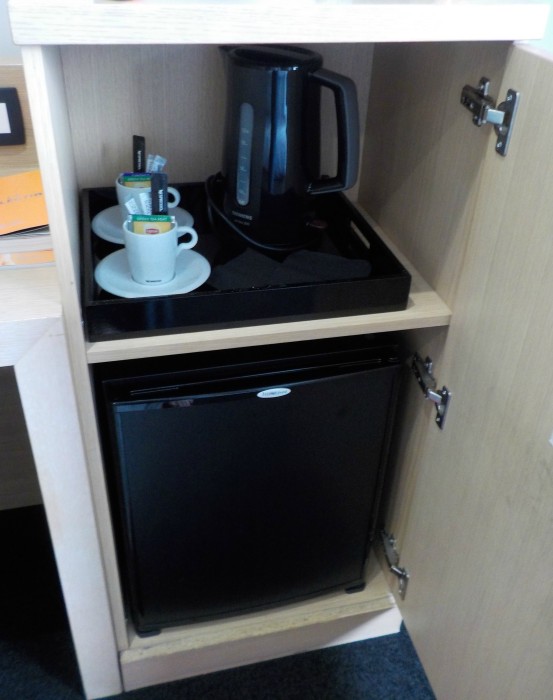 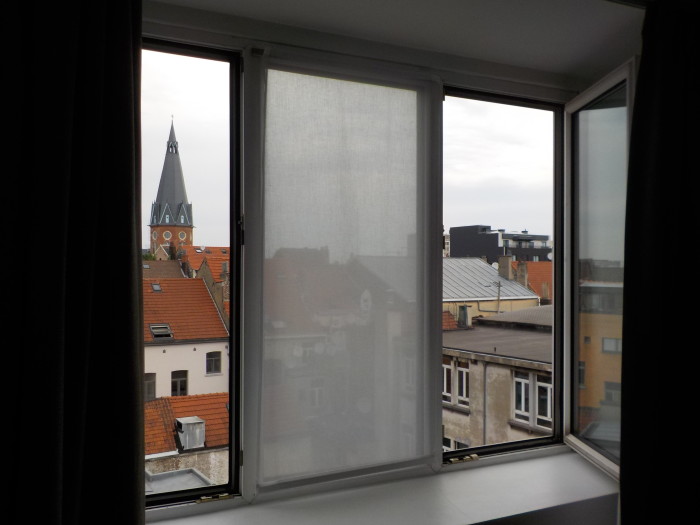 The room was quiet. We were at the back of the hotel on the third floor. We could have the windows wide open all night and there was very little noise, even on Belgian National Day with the massive fireworks show in the old town, it wasn’t that loud. We slept very well every night.

The hotel is on Rue Stalingrad and there are some grocery stores nearby as well as other businesses such as offices and estate agents. The main tourist area with numerous gift shops and food shops are about a ten-minute walk to the north. If you want an authentic Belgian waffle, there are a couple of shops just next to the Manneken Pis on Rue de l’Etuve.

We had breakfast at the Augustin on the first morning. We paid 10 euros each for breakfast and it was ok. There was a selection of croissants, breads, meats, cereals, and drinks. The restaurant was in the basement with doors onto the yard, and it was quite pleasant. I’m not a huge fan of continental breakfast if I’m honest, so the second morning we went to the cafe up the road.

There is a cafe a very short walk away on Place Rouppe called Houtsiplou which we really liked. We did dinner there one evening, and returned for breakfast the next day. The burgers were very ample, and the staff nice. The menu selection was good (and available in English!), and my pescitarian 12 year old was well catered for. It’s a lovely cafe with murals on the inside, and a colourful seating area on the place outside. Well recommended! 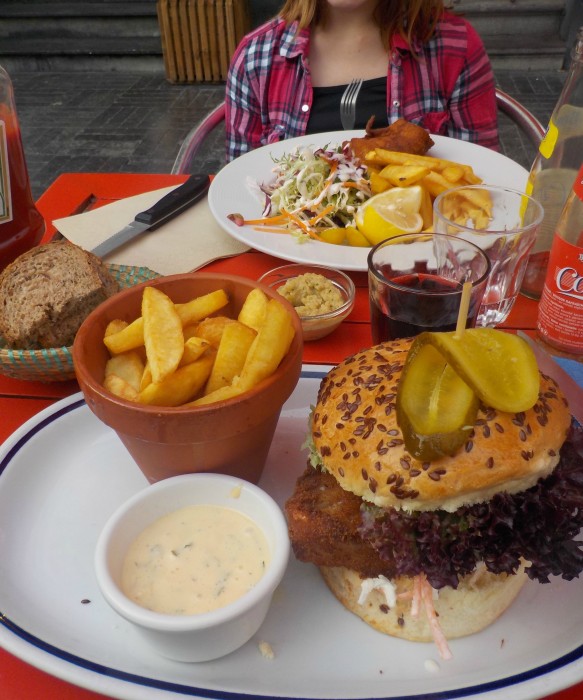 The staff at The Augustin were great. They spoke good English and were very welcoming. They helped me by telling me where I could get on the bus tour I’d pre-booked, and also by digging out a UK-EU electrical adapter when I’d realised that although we had about three at home, I’d forgotten to pack a single one.

Things to do in Brussels

Check out our other posts on Brussels

5 Things to do in Brussels