York Boat are the most well-known boat tour company in York. They have sailings up and down the River Ouse daily from February to November. They also run special trips, such as the upcoming Santa Cruises.

One sunny but cold Sunday in October, we went aboard to find out what York Boat do best. 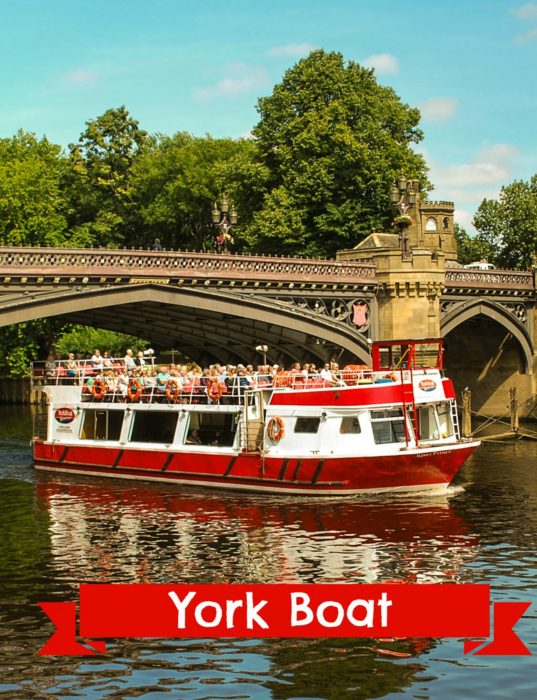 Our trip started at King’s Staith, which is a short walk across from the famous landmark of Clifford’s Tower. We got there nice and early for the 1:30pm sailing, and had the top deck of the boat to ourselves, while we waited for some more passengers to show up.

All aboard the @yorkboat cruise #York #boat #cruise #tourist

Sadly, this is the only photo I have managed to save from the day. Despite taking lots of awe-inspiring and potentially award winning photos on the tour (believe me on this one!), my memory card threw a wobbly and I don’t have any to show you. #Gutted. York Boat have sent me a couple of pics to help me out.

Anyway, we decided to sit upstairs because despite the cold weather, this is where you get the best view, and a bit of fresh air never killed anyone, right? The boat set off at 1:30pm on the dot, with the boat’s pilot as our tour guide.

It took a few minutes to get up to the second alighting point of Lendal Bridge, where a whole lot more people got on, before we set off again northward up the Ouse. 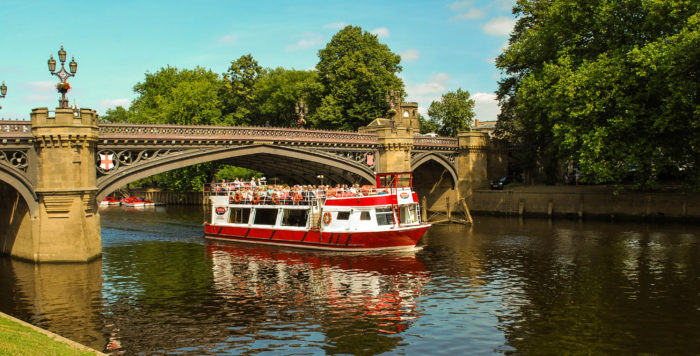 We saw lots of lovely sights and learnt a little more about the long history of York and its riverside buildings, and the many bridges over the Ouse. The tour goes past the school where Guy Fawkes is alleged to have attended, and we got a long view of the famous York Minster. The tour guide told us about the history of flooding in York and we were shown how the residents deal with it. We were told to look out for various wildlife including otters and kingfishers too.

After a few minutes, the boat did a U-turn and we headed back south. By then, the 9-year olds were getting a bit chilly, so they left me to sit in the lounge part of the boat downstairs, while I braved the fresh air. It wasn’t that bad to be fair and most people happily sat on top. Even with the chilly October climate, the boat was reasonably full. 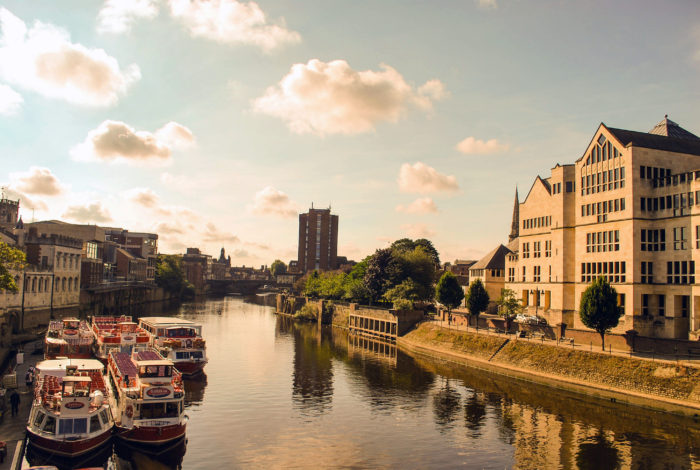 We went down to the point where the Ouse meets the Foss, and turned around again to head back to King’s Staith. We heard stories about witch trials, and learned about the area around Clifford’s Tower. It was all very fascinating.

All in all, the tour took 45 minutes. I enjoyed it immensely. I’m not sure how much the 9-year olds were listening, but they enjoyed their trip on a boat, feeling like proper tourists. Thank you, York Boat!

The boats are accessible by wheelchairs and young children. Head to King’s Staith for help getting on and off the boats. The staff are very helpful!

Check out our reviews of York, including York Dungeon, York’s Chocolate Story, and the National Railway Museum