Its that time of year again when Hull Truck Theatre definitely, absolutely do NOT do a panto. And this year’s non-panto is A Christmas Treasure Island. We were very excited to be invited back again to see what it’s all about. 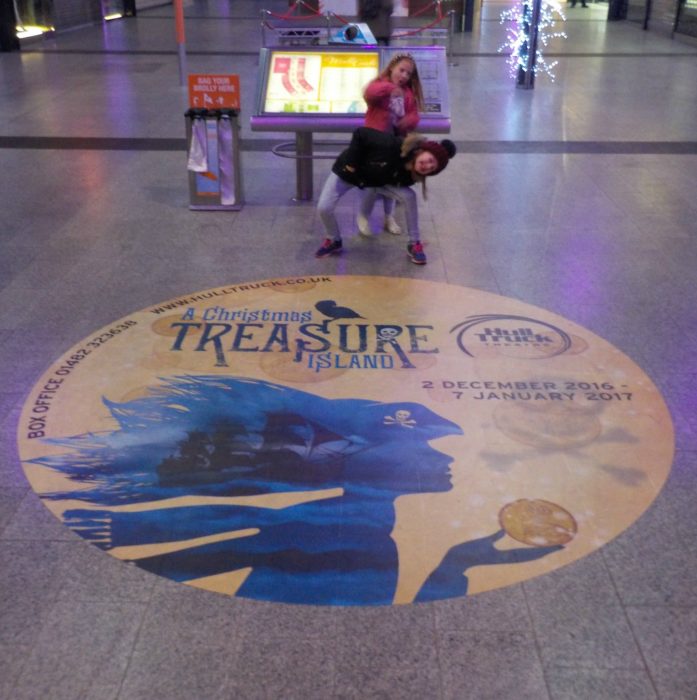 Hull Truck Theatre have pulled it off again. After the success of previous Christmas productions of Cinderella, and Sleeping Beauty, director Mark Babych is back, and this time he’s directing pirates, and dancing cats, and the odd Yeti.

Jem Hawkins is a twelve year old from the East Yorkshire coast with family problems. Her parents are paying more attention to a new baby, and big brother John is milking his leg injury. Jem is supposed to be clearing out her things to make room for her new sister, but there’s a storm a-brewing and Jem doesn’t like storms.

The arrival of her adventurous Uncle David propels Jem on an adventure involving dancing pirates, lost treasure, talking rocks, and a friendly abominable snowman. Or does it? 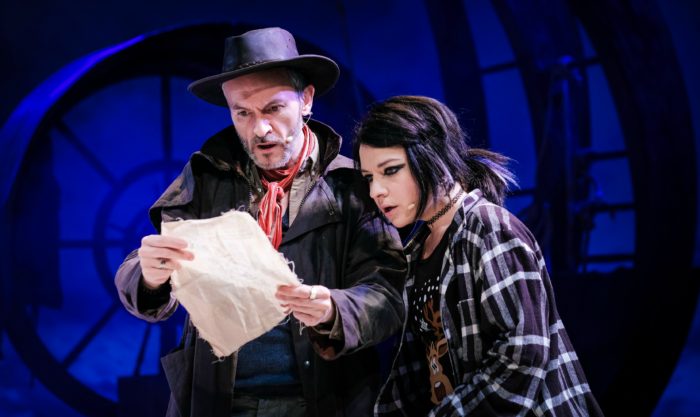 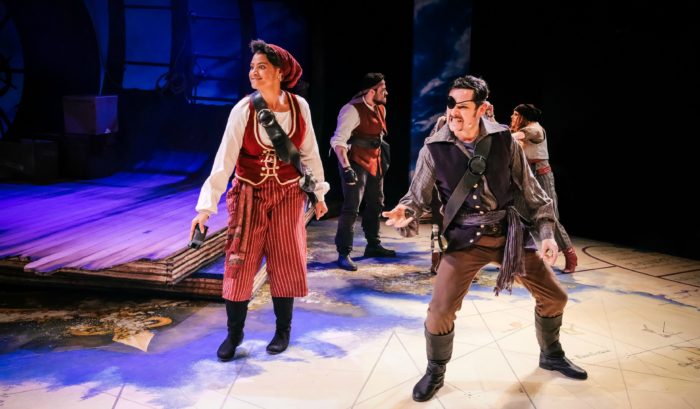 The play is an adventure based on the classic story Treasure Island, and has been written by Debbie Oates. The main characters are there – Ben Gunn, Long John Silver – and interspersed with a lady captain, a foolish pair of pirates, and a dancing ship’s cat. It’s darker than previous productions and involves a copious amount of sword action and mild menace. Well, it is pirates!

The puppetry is obvious but well done, and the music is done there and then on the stage by the actors. There is a ‘it’s behind you!’ nod to traditional panto, though it’s hard to know whether you’re supposed to say it – is Hull Truck Theatre not too cool for this sort of malarkay?

It’s laugh out loud in places – expect the odd joke about bodily functions which appeal to the younger children, and sad in others. The ending is all Christmassy fuzzy and warm. 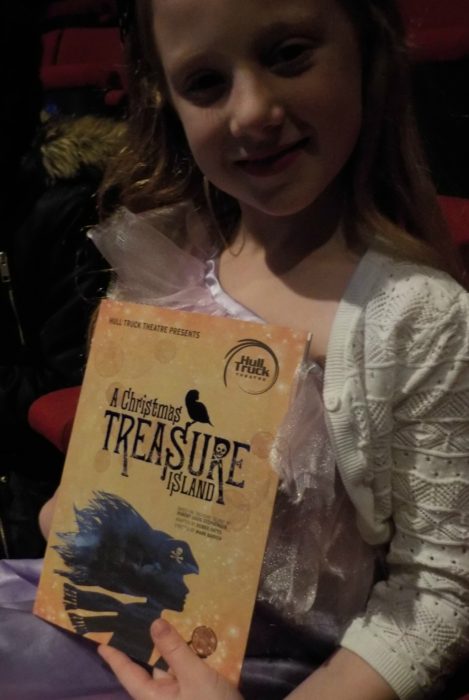 We heartily recommend this production to children over 7 and adults alike. The running time of two hours (including interval) might be too much for very little wriggle-pants. My nine-year old and twelve-year old LOVED it. The 9 year old even said it was better than the more princessy Sleeping Beauty from 2015, so it must have been good!

Disclosure – we were guests at press night. All opinion is our own