Wynyard Hall are running a Christmas light show between the 24th November, and the 30th December 2016. This is a winter wonderland with lights, and Santa, and lots of Christmassy fun. We sent Debbie of Country Heart and Home and her family to investigate…….

“Arriving at Wynyard Hall and Gardens was an experience in itself, passing by the huge impressive houses on either side of the drive way through a gated community.  This built up the anticipation of what was to come – the Wynyard Hall Winter Wonderland.

With attendants to show you where to park and ample parking within the grounds this was a great start to the night. A lot of places you have to battle for parking then walk miles to the event – not such a case for Winter Wonderland thankfully. 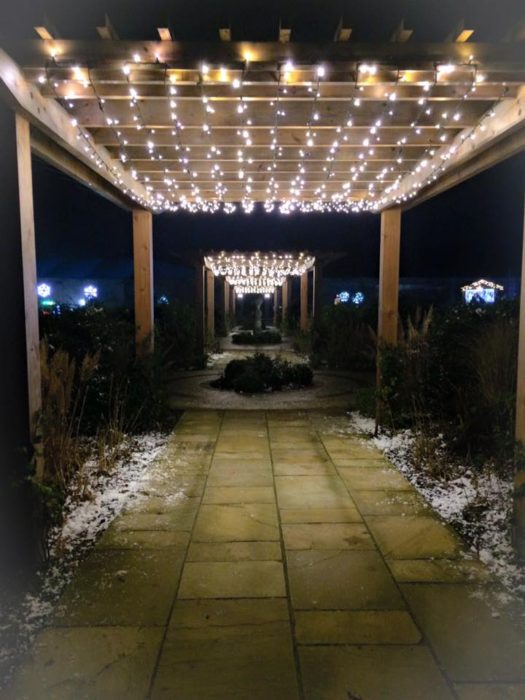 Following the signs and lights you were directed through the main doors which meant heading through the shop before you could step into the gardens, but this just added to the excitement as you could see through the double doors to all of the lights.  The shop was beautifully laid out with lots of local delicacies and festive treats.

The walk around the garden was a little crowded at times but there was always enough space to stop and take photographs of the children next to the giant lit reindeers and teddy bears and of course, the giant singing Christmas tree. 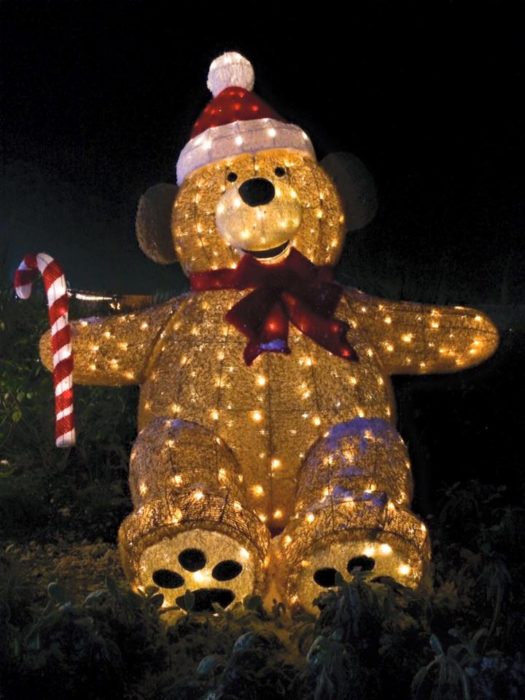 After the Christmas tree was a fairy light lit walk-way which led you to the start of the wooden lodges and Santa Claus.  The three lodges sell mulled wine and cider, beers, hog roast, hot dogs etc however we were a little disappointed as there were no craft and handmade item stalls. We had thought about picking a few bits up for Christmas presents. 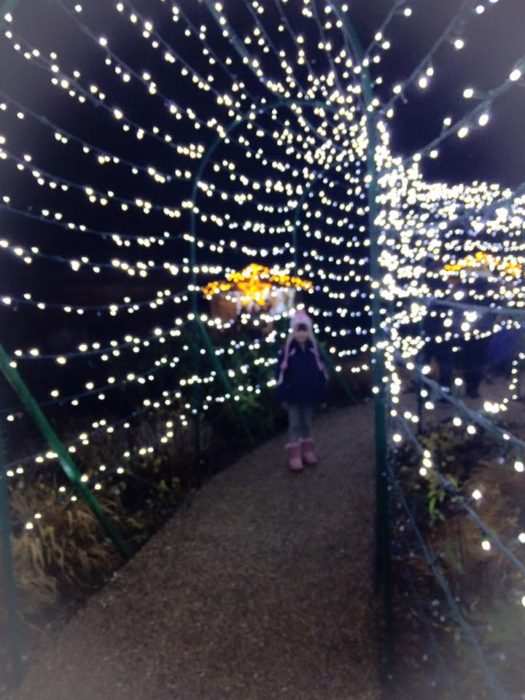 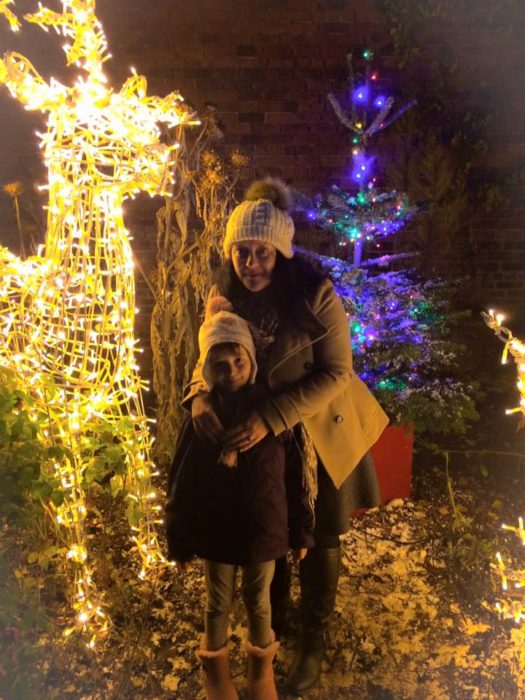 The final lodge was of course Santa and thankfully the queue was only around five families deep. They managed to get through the visits very quickly as you spent around three minutes with the big man himself.  He asked what the children wanted for Christmas, asked if they had been good and presented them with a colouring book and activity pack. The kids were delighted as the venue had stated there would be no gift so this was a nice and unexpected treat! 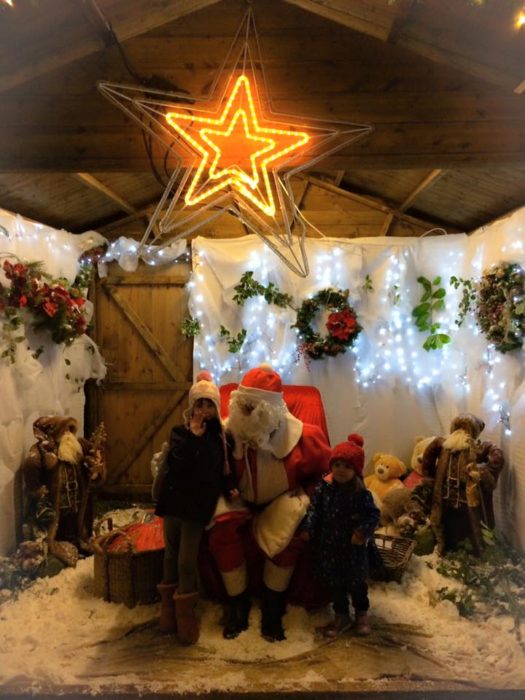 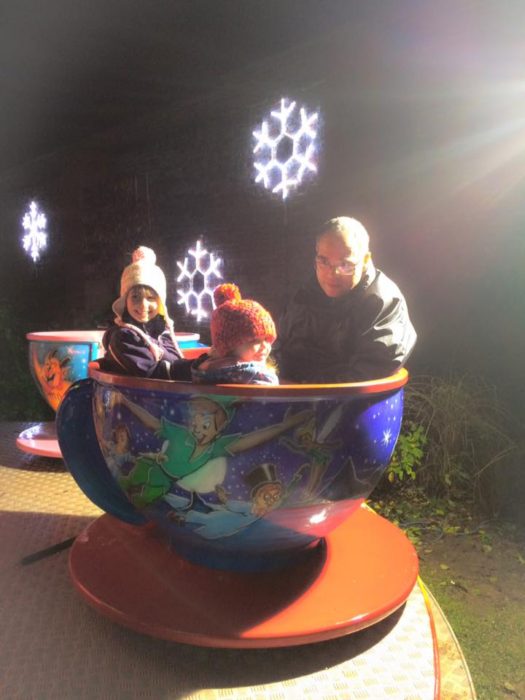 We headed back toward the exit and rounded a corner only to be face to face with the White Snow Queen. The children were so excited and got to have their photographs taken with the Snow Queen herself in the carriage, which was drawn by six beautiful white reindeer. 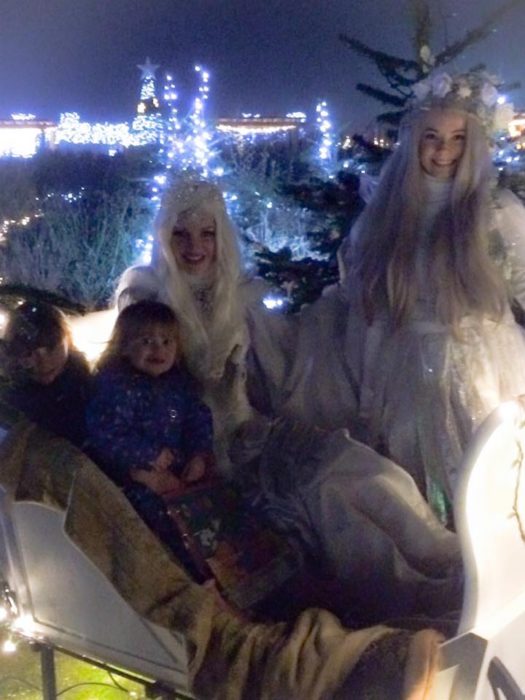 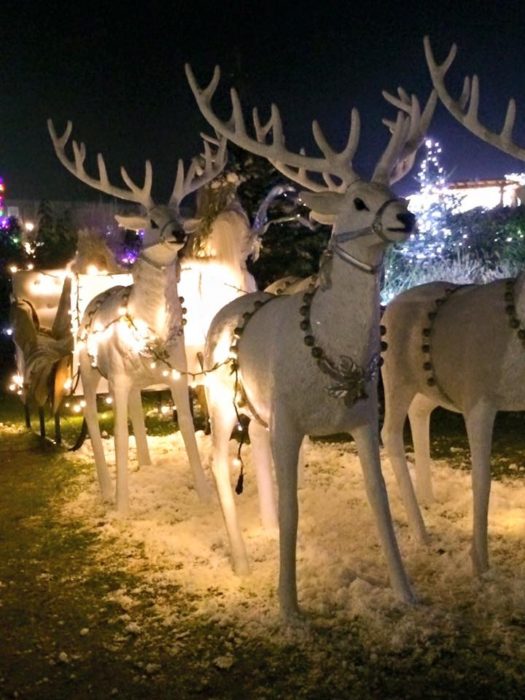 After exiting through the shop we wished we could have stayed longer as the coffee shop looked like they had some amazing treats. Of course this means we will just have to call again soon!

Disclosure – Debbie and her family were guests of Wynyard Hall for the purposes of this review. All opinion is their own