Our Christmas jaunt around Leicester city centre to go ice-skating in Jubilee Square and on the Christmas Wheel of Light left us hungry and in need of refreshment. Peter Pizzeria honourably stepped in so we were all refuelled and ready for our night at Curve to see Scrooge the Musical.

We found Peter Pizzzeria on Welford Place, a short walk from the city centre attractions, and not far from the train station. But we found it in darkness. The outdoor signs, although we could see them, we’re not lit up, and we wondered if we’d found the right place at first.

The signs outside were reassuring. Sort of! 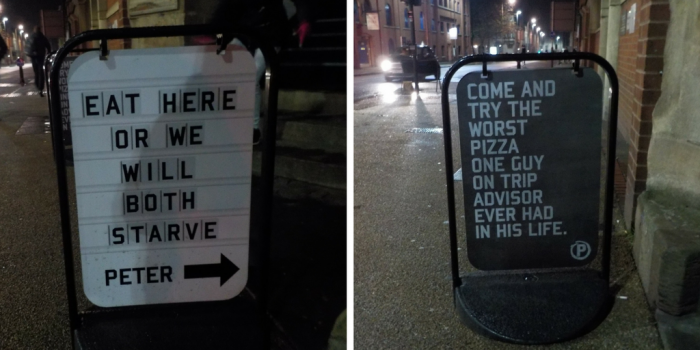 Up the stairs (still in darkness) and we arrive in the reception area to find the place filled with candles and lit up from the roaring fired pizza oven.

Apparently, there’s been a power cut. It’s expected back on soon but in the meantime, they’re offering people the option of cancelling their booking or staying. I think the number of people in the restaurant means most have chosen to stay. The hostess assures us that all pizzas are fine as they have a fired oven which doesn’t need electricity. And it’s a little bit of an adventure. We agree to stay too. Besides, the pizzas smell amazing.

Our table for two is ready. It’s in a room which is inevitably dark, although the large windows and street lights means it was more atmospheric than dangerous. The hostess brings us a candle for our table and takes our order for a carafe of homemade lemonade – which is lush by the way and just what we needed after our walk around the city. 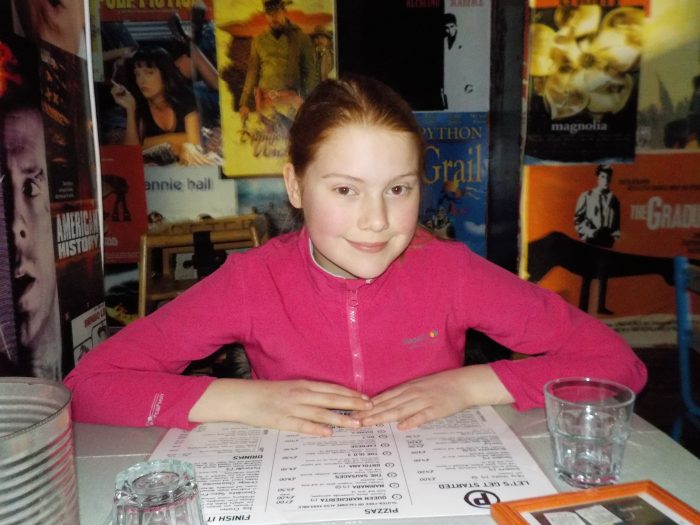 I order the Caprese, which is a thin base pizza with tomato, mozzarella, rocket, and parma ham. The teen orders a junior margarita. We also have a side salad.

The food came out amazingly quickly. The pizza oven really wasn’t affected, and neither it seems were the staff who were efficient and cheerful despite the lack of electricity. That’s the British spirit for you!

The pizza was amazing. Contrary to what the guy on Trip Advisor said, I think this may have been the best pizza I’ve ever had. It was so thin crust you needed a knife and fork to eat it. The ingredients in perfect proportions and fresh. The dough just the right level of stodge.

The teen said her pizza was lovely too, though a little small for a growing 13-year-old. She had some (non-meaty parts) of mine, though I was gutted because I so easily could have eaten the whole thing, whether my stomach said I could or not. The salad was mixed with olives (bleurgh) and dressing (yum). We just picked the olives out. You can ask for it without olives if you don’t like them. If we had known, we would have asked too, if only to save the waste, but no biggie. 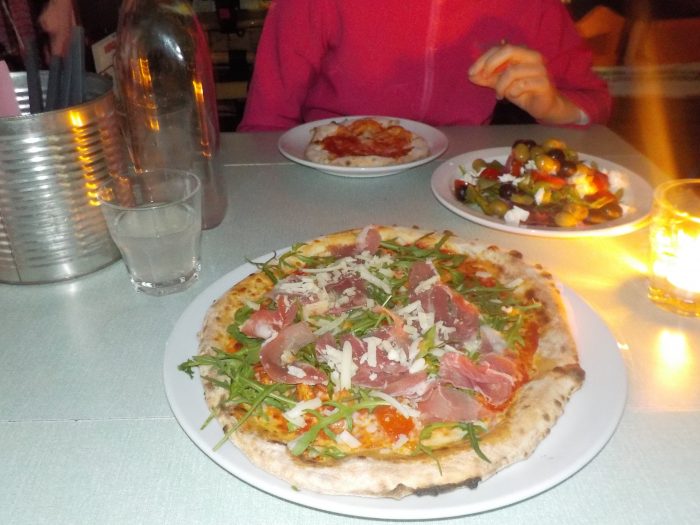 Overall, the food gets a huge thumbs up. Pizza fans will not be disappointed.

The venue is quirky. The main seating area is adorned with vintage and classic film posters – think Psycho and Pulp Fiction. We couldn’t get to see the interior fully as it’s supposed to be seen, but it was still cool. 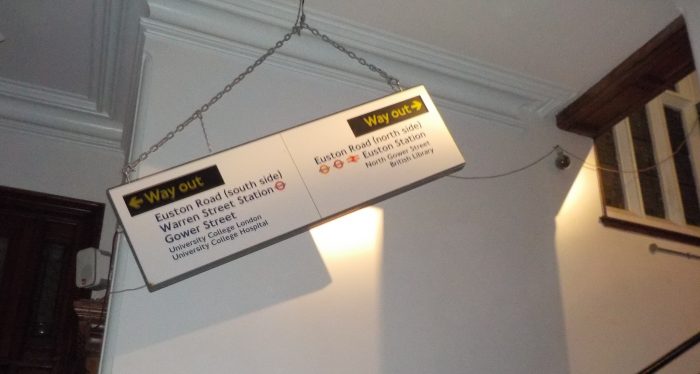 Upstairs is a games room, more seating areas, and a group dining room for larger groups and corporates. It’s a beautiful old building with some very cool features.

Apparently, the boss has more of the reclaimed original Blockbuster signs and is just waiting for more places to display them. The teen wasn’t sure what Blockbuster was but she liked it anyway. 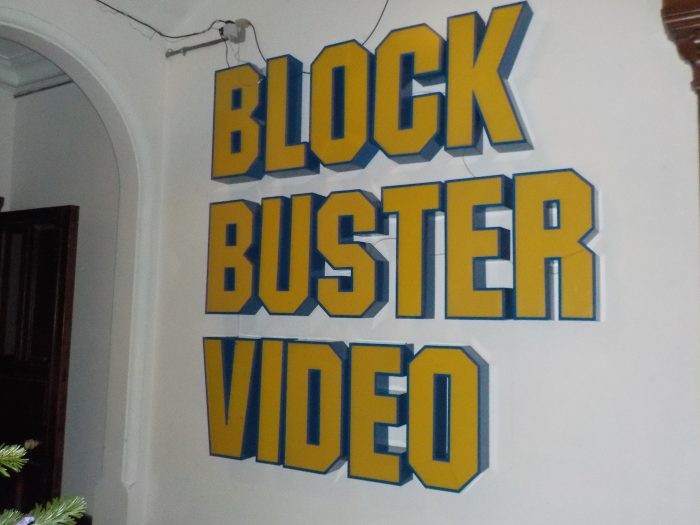 Peter Pizzeria is a friendly, quirky place with top-notch food. The location is good, the interior even better, and the staff the best. Highly recommended!

For more information on menus, opening hours, and how to book, please visit http://www.peterpizzeria.co.uk/leicester/

Disclosure – we were guests of Peter Pizzeria and Visit Leicester

*I later found out that their electricity which they had been told would be reinstated that evening, actually came back on Monday morning, almost 48 hours after it went off. I’m sure they more than managed and that the pizzas were still fantastic. Thanks, Peter Pizzeria team 🙂