It’s day six of the Christmas holidays now and while we’ve quite enjoyed a mix of chilling out and using the time to get Christmas stuff done, we thought it would be a good idea to get out today and do something fun. We decided to brave the cold and visit Pirate Adventure Golf in Hull. 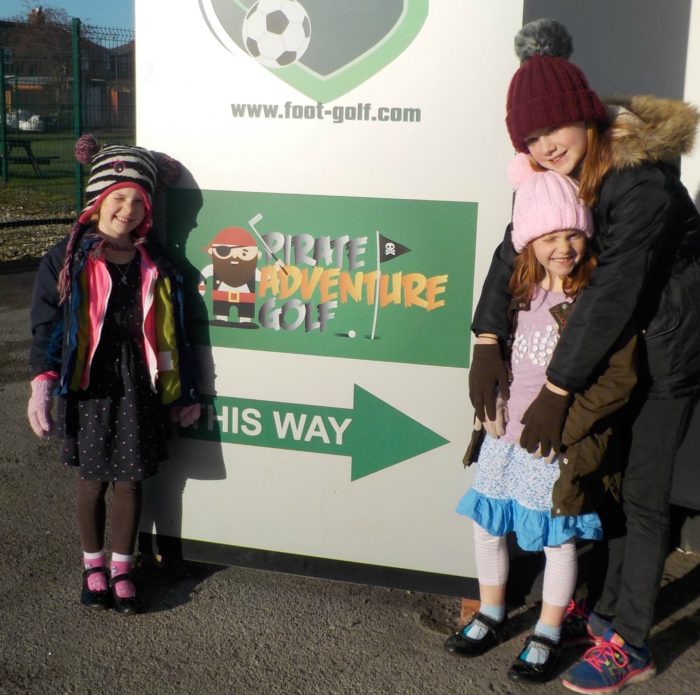 Pirate Adventure Golf is a small part of the One Stop Golf centre on National Avenue, in an industrial part of Hull. There is also a shop, a bar and function suite, a driving range, and football golf. You can find it quite easily using the large signs on National Avenue. There is a large, free car park.

The staff checked us in quickly, and our first job was to grab ourselves some balls and putters, and a pencil and scorecard. We were the only people doing Pirate Adventure Golf when we arrived, which was nice as it meant I wasn’t stressing about the girls’ painful golf style causing delays for others. 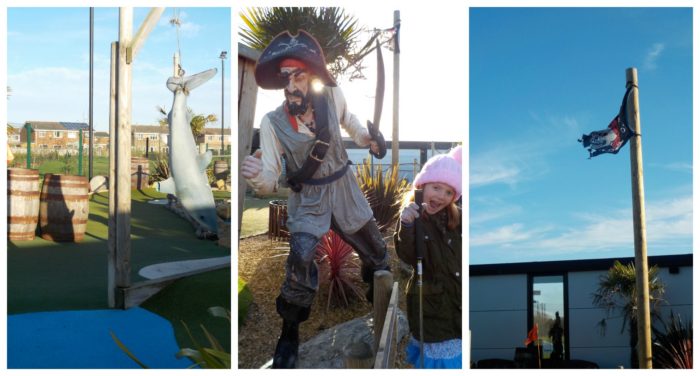 Pirate Adventure Golf is only nine holes, which is perfect for little ones who can get fed up with anything much bigger. It’s fairly new and well kept, save the odd missing toe on a pirate friend. There are also no (real) water hazards, which is useful, especially as my ball mysteriously ended up in the water zone and I had to go and fish it out.

The nine-year old didn’t want to play and was happy being chief photographer, which will explain some of the photos – I can only apologise. You should see some of the ones I have chosen not to publish! 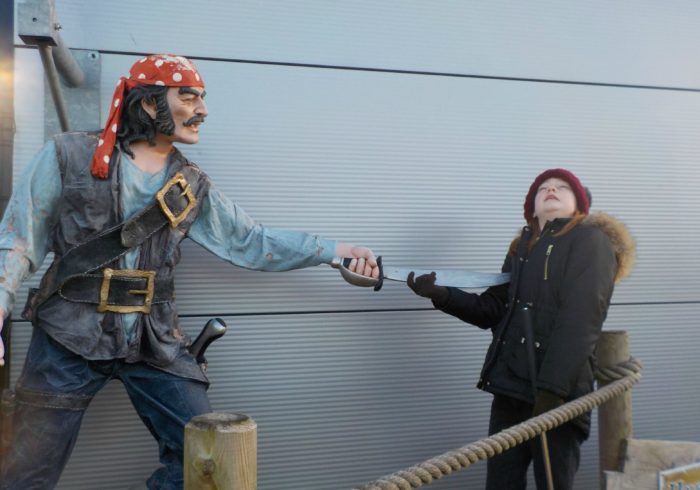 The younger girls’ love crazy golf, but they’re not the best at it. They had a good practice though and almost had the hang of it by hole nine. 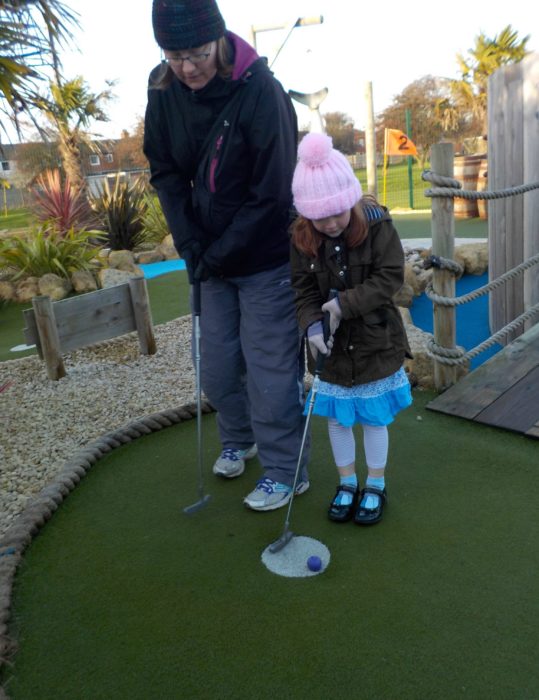 There were lots of pirate-y things to give the place a treasure island feel.

Our game of nine holes with four players – two of which broke the 8-stroke maximum rule more than a couple of times – took around half-an-hour.

It was a good way of having fun and getting some fresh air.

There is more information at http://www.pirateadventuregolfhull.co.uk/

Disclosure – we were guests of One Stop Golf for the purposes of this review. All opinion is our own. 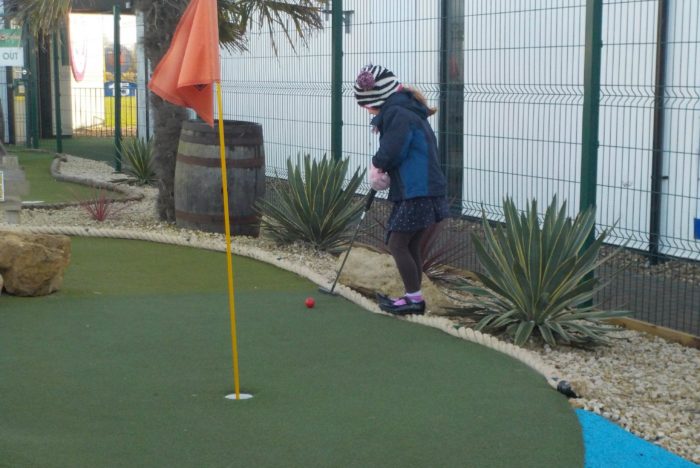 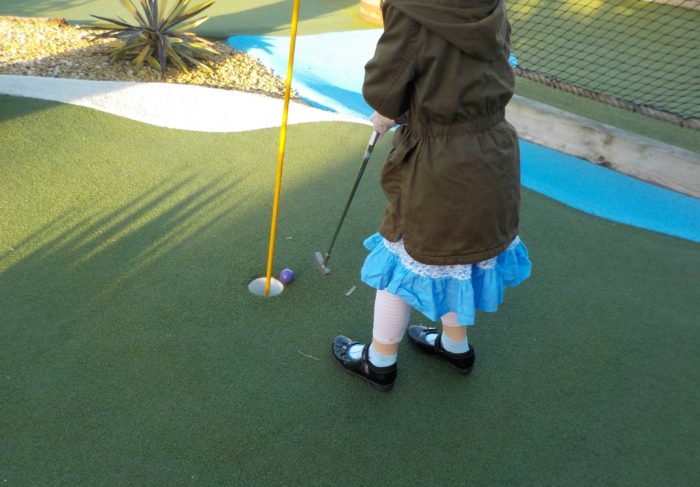 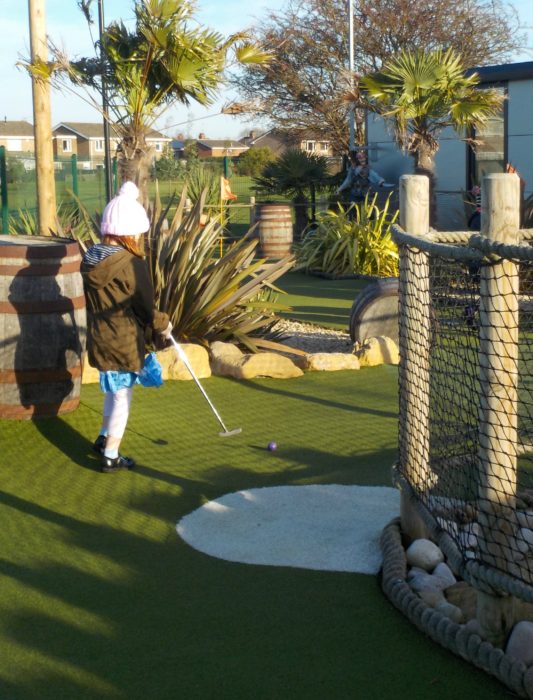 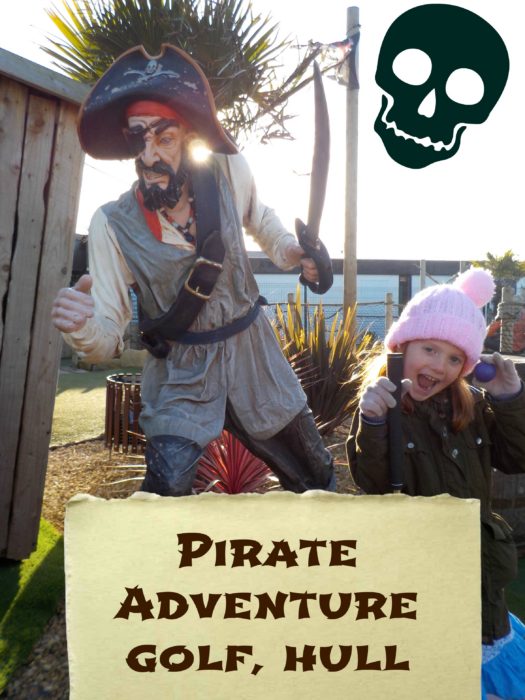