It’s years since I last went to Humber Bridge Country Park. We were up that way one evening last week to meet family and the girls were desperate to get down on the beach and play but it was getting late so I promised we’d come back again very soon.
With Sunday looking like it was going to be a nice day, maybe the last nice weekend we’ll get, we decided to pay a visit sooner rather than later. 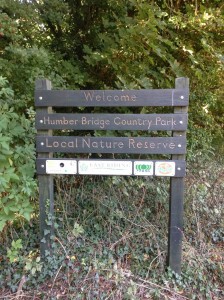 Humber Bridge Country Park (and its two car parks) are signposted off the A63 and surrounding roads under the unmissable Humber Bridge. The top car park is home to the tourist information centre and toilets, but means you have to go down a lot of steps to access the park.
The car park at Hessle Foreshore is free but gets busy. It gives better access to the beach and is better for those with prams and wheelchairs. It’s a little bit harder to find but ok if you follow the brown signs.
We parked on the foreshore and had a little wander up the beach towards the park entrance. 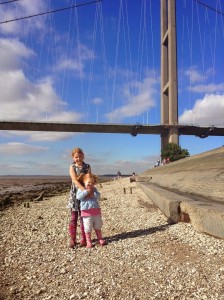 There is a little playground near the old mill. 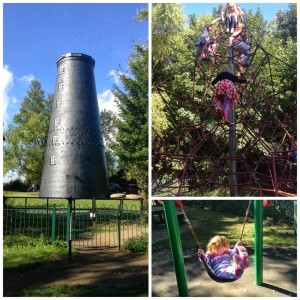 Humber Bridge Country Park is accessed through a couple of tunnels, which have interesting ‘art’ to look at. 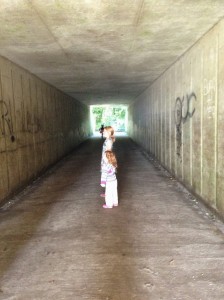 Humber Bridge Country Park itself is pretty big. There are rocks to climb up, grass to run on and trees to explore. An art trail has been installed recently, as has a bird area. There are some boards around so you can do bird and butterfly spotting. 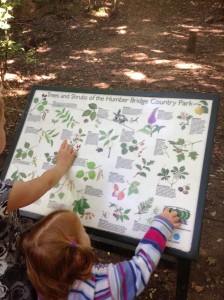 Toward the northern side of the park, there is a little lake. It used to be two lakes. I remember coming here as a teenager and watching others take inflatable boats on. Now the only remaining lake is a bit small. Still good for a bit of stone-skimming. 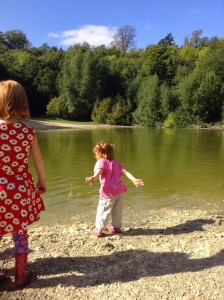 There are lots of places to eat a picnic and many of the tables have cut-aways for wheelchairs. The paths are a bit bumpy and some places are not accessible to wheelchairs or prams because of the number of steps, but there is enough park to enjoy without needing to access all of it. 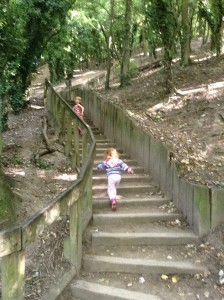 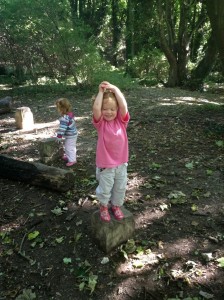 Toilets are located in each car park area. There are sometimes ice-cream and snack vans about too. It can get very busy in the summer as the copious amount of trees makes it nice and shady on hot days.

The park is dog friendly. The only downsides are over-friendly dogs, and owners who don’t clean up after them.
Humber Bridge Country Park is great for interacting with nature. We didn’t spot many squirrels when we went (though we did see a rat), but we did get to collect a lot of things like leaves, and acorns. Take a bag. 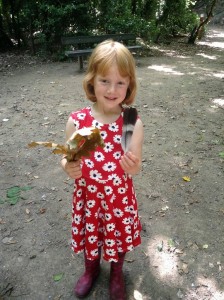 Parking is free. Entrance to the park is free. Bring a picnic and you only have to pay for an ice-cream! 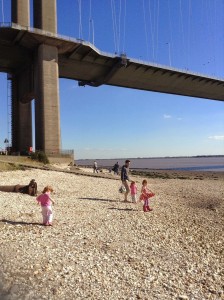