Our third stop on our #StayPlayExplore adventure to Leicestershire is………

We woke up in the Hilton Leicester on the Monday morning with every intention of going to Twycross Zoo. As it was raining, we decided to pass an hour in the hotel’s pool, then set off once the rain moved on. It didn’t.

With the #StayPlayExplore Family Fun deal, you don’t have to pre-book any attractions, so we decided to abandon plans for the zoo and go to the National Space Centre instead.

The National Space Centre is signposted off the M1, but is quite a drive. It’s in an industrial area of Leicester, next to the old pumping station and an ASDA. It looks a bit odd kind of just plopped down. It wasn’t what I expected if I’m honest, but easy enough to find.

There is a huge car park, but on the day we visited it was already full by 11am. This was not a good sign, but on a rainy day in half-term, quite expected. We got parked on a residential street a few yards away.

The #StayPlayExplore tickets are not pre-booked tickets but proof of payment for regular tickets, so we joined the regular admission queue. It was well organised but took 45 minutes for us to get in. There were toilets and a cafe we could use without going through the barrier, so we took advantage with a loo stop and a floor picnic while Grandma queued for our passes.

It was MASSIVELY busy inside. It would seem that half of Leicester had decided that a rainy day meant a trip to the National Space Centre. They do run an annual pass scheme, so I imagine that there were lots of people taking advantage during the half-term holidays. 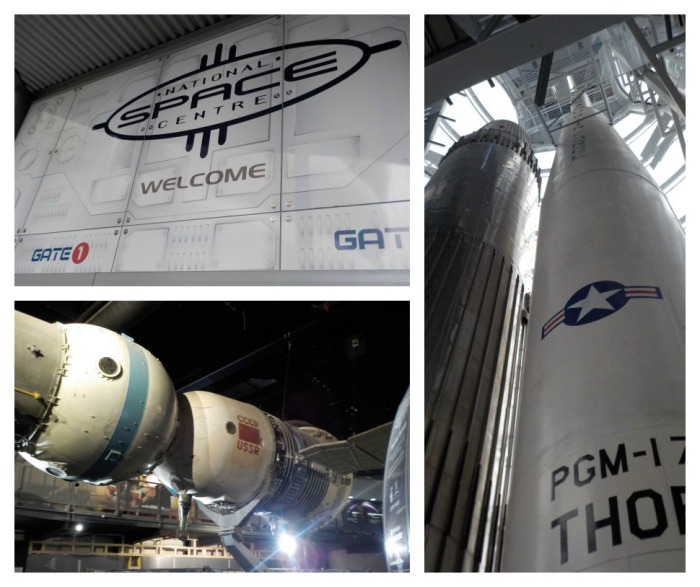 The centre is basically an indoor attraction on a space theme – there are exhibits of space paraphernalia, displays on stars and planets, and lots of interactive equipment for both children and adults. There are a few zones on different themes, but I felt it wasn’t as ‘museum-y’ as I was expecting. There are lots of things for children to do to engage with the universe and space travel, but I think any adults with a serious interest in space wanting a quiet, educational day out would be disappointed. For young children, it’s great! 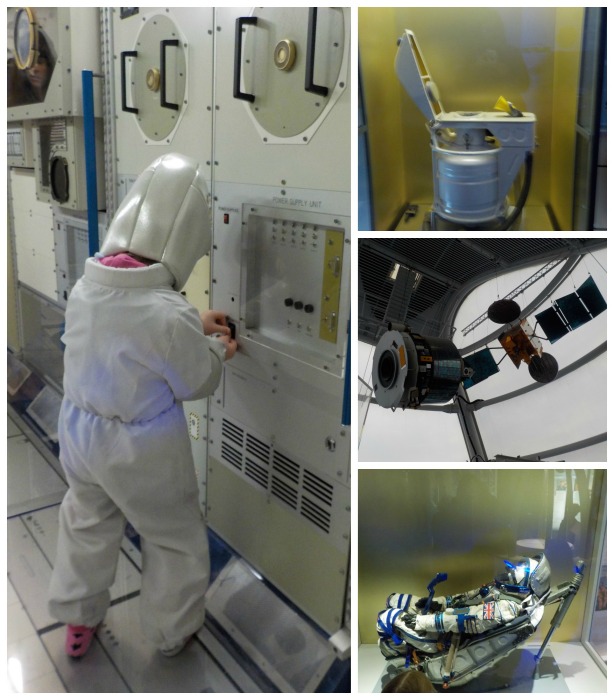 On a busy day, there is lots of bun-fights over the exhibits, and the dressing-up outfits, and such like. We didn’t get to go on everything, mainly because of time constraints and not wanting to spend too much time queuing to try out popular things. 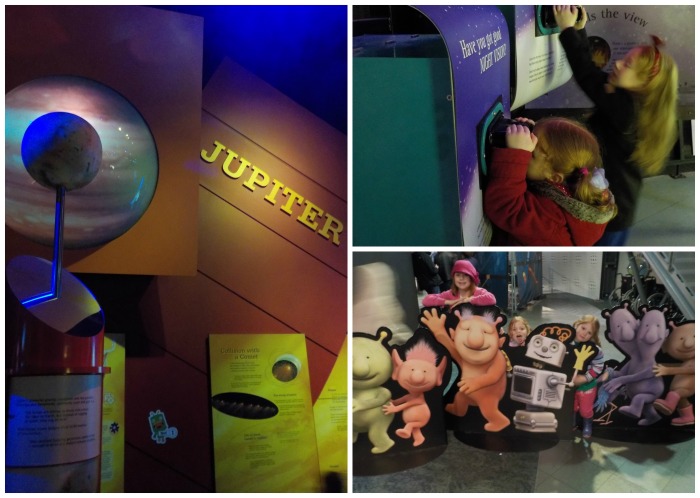 Our favourite parts of the trip were…… 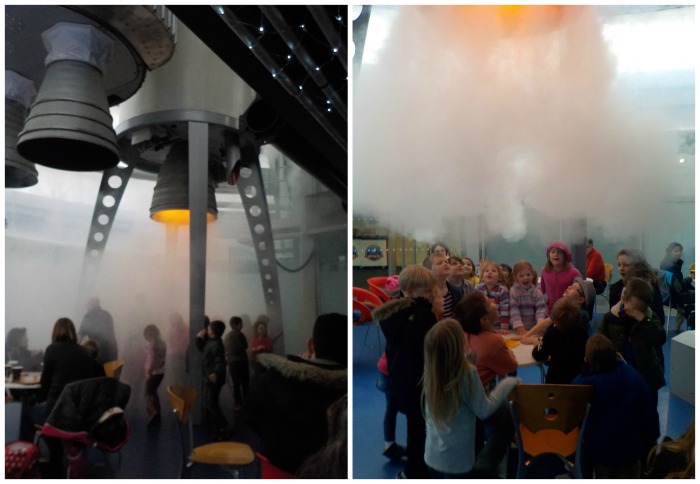 As the queue for the cafe was about an hour long, we skipped lunch, stocked up on snacks, and carried on exploring. We came back at 2:30pm when the wait time was a much more reasonable 15 minutes, and we could get a table pretty easily. The food was quite nice and not too expensive to be fair. We passed some time eating, and waiting for the rocket to ‘take off’.

After our lunch-stop, we ventured back inside and explored the last couple of zones. We didn’t have time to go on the flight simulator, but we had a little go at creating our own moon walking video using a wheely-board and a green screen. 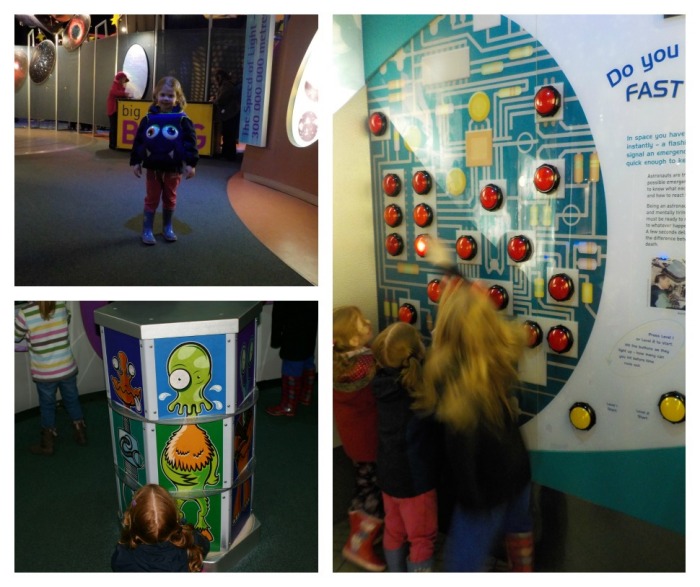 Overall it was a pretty stressful day as my children wanted to go on absolutely everything and were fighting off other children who wanted to go on it all too. At one point, the centre was rammed and it didn’t make for a pleasant trip. But the National Space Centre had issued advice on the day about visiting and it was spot on. – on busy days, you should come later, bring your own food for a picnic, and try and find alternative travel arrangements other than driving.

We had a good day out, and it was certainly better than attempting the zoo in the rain, which hadn’t stopped at all that day, contrary to the weather forecast (typical!). Despite it being busy, we were there for over five hours, and my children LOVED it.

We now have one family ticket left for #StayPlayExplore. We can visit Twycross Zoo, Conkers, or Stonehurst Family Farm (which is available from 1st April 2015). When we decide to go back to Leicestershire and use our ticket, we can also claim a discounted rate of £75 at our chosen hotel if we tell them we’re coming back as part of #StayPlayExplore, which is great news.

We had already visited Twinlakes Park the day before, and stayed at the Hilton Leicester

For more information on the #StayPlayExplore deal, please visit their website

Disclosure – we were guests of Go Leicestershire